Arp 3, MCG-01-57-016, is a low surface brightness spiral, which is also where Arp put it in his catalog. It\'s located in Aquarius a bit southeast of the \"Water Jug\". Redshift data puts it about 60 million light years distant. Using the Tully-Fisher method of determining galaxy distance based on its brightness and rate of rotation one team says it is about 75 million light years distant. That seems too far. In fact, the 60 million light years sounds too far to me. Hubble should find a few Cepheids in it but it hasn\'t looked at it. NED classes it as SA(s)m. It looks rather distorted with a large faint loop to the south. I did a NED search with a default radius of 100 arc minutes looking for any galaxy with a similar redshift but nothing was found. This may just be due to this area being so poorly surveyed. In any case, I couldn\'t find another galaxy to blame for this distortion. It may be due to something it ate leaving only the plume as evidence of the crime.

There are many fuzzy spots in this galaxy besides a few stars. The APMUKS catalog lists them as separate galaxies. But this is an automated plate solved catalog which is rather \"dumb\" just logging the position of galaxy-like objects. I think it quite likely, given that there are few outside the galaxy, that these are star clusters within the galaxy. All are rather blue as such clusters usually are while small distant galaxies would tend toward the red end of the spectrum.

There\'s little on this entire field. Probably due to its location in a rather obscured area of the sky. No redshift data is present for the entire field. Nearly all the galaxies are either from the APMUKS catalog or are IR strong galaxies from the 2MASX catalog.

One of the more interesting field galaxies is to the southwest of Arp 3 two-thirds of the way to the lower right corner. It is just to the upper right of a rather bright orange star. I was wondering if it was a double galaxy or just had a core well to the southeast. Unfortunately, NED shows no galaxies within 2 minutes of its location. Another blue galaxy that was missed even by the APMUKS catalog. Or is it two galaxies? I still don\'t know.

This image was taken back with my old filters that created blue halos around some stars. At the time my processing abilities couldn\'t deal with them. I need to find time to reprocess this one but for now, this will have to do. 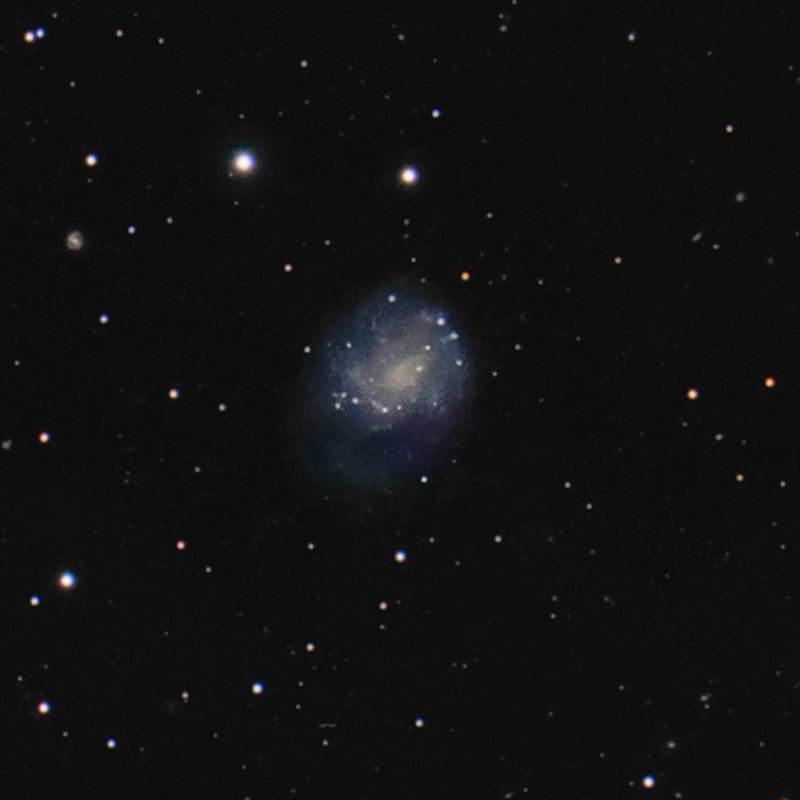 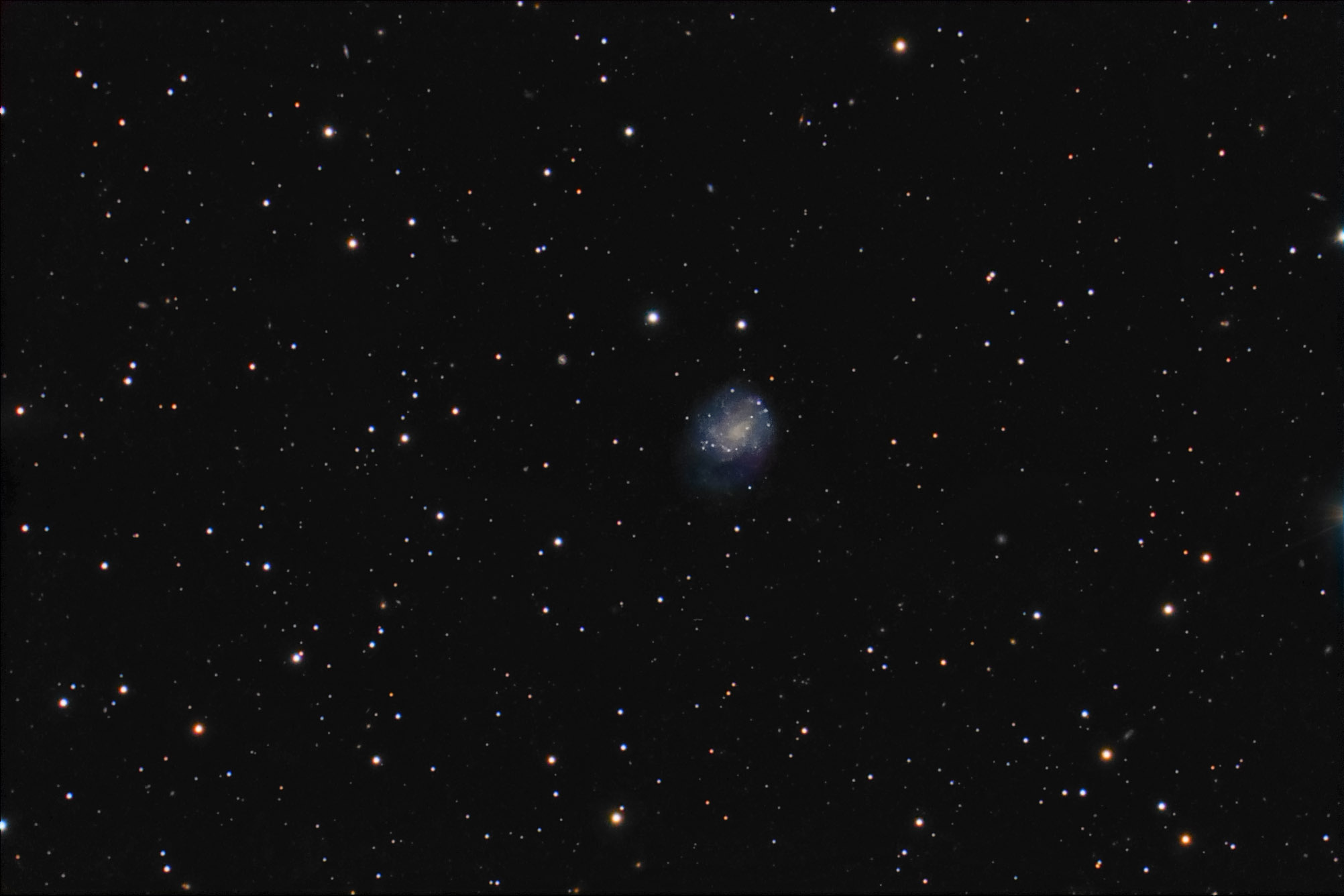