NGC 2537 is sometimes known as the Bear\'s Paw Galaxy. Considering it only has one claw in the center it is a rather deformed bear\'s paw. To me, a better name would be the Jellyfish Galaxy. It is thought to be two colliding galaxies. If true the bright condensation at about 1 o\'clock may be the remains of the other galaxy\'s nucleus. This is just my guess however. They are located some 26 million light years out. Yet they are very small indicating these are tiny galaxies that have collided. The pair is only about 13 million light years across. In any case this is a tiny pair. The collision has certainly messed things up to where it is impossible just by looking to tell what belongs to what galaxy. Off to the left is distant NGC 2537A at a distance of over a half billion light years. So it is really a much bigger galaxy, just seen from a very great distance. 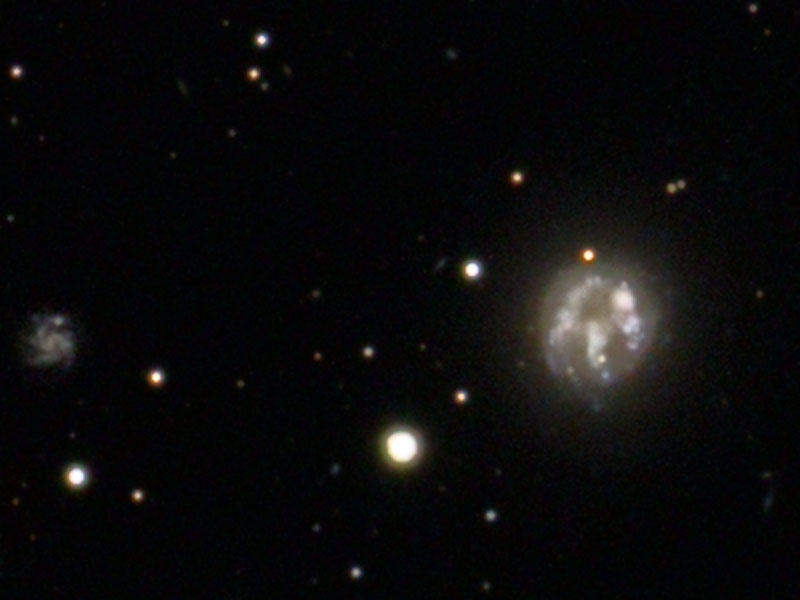 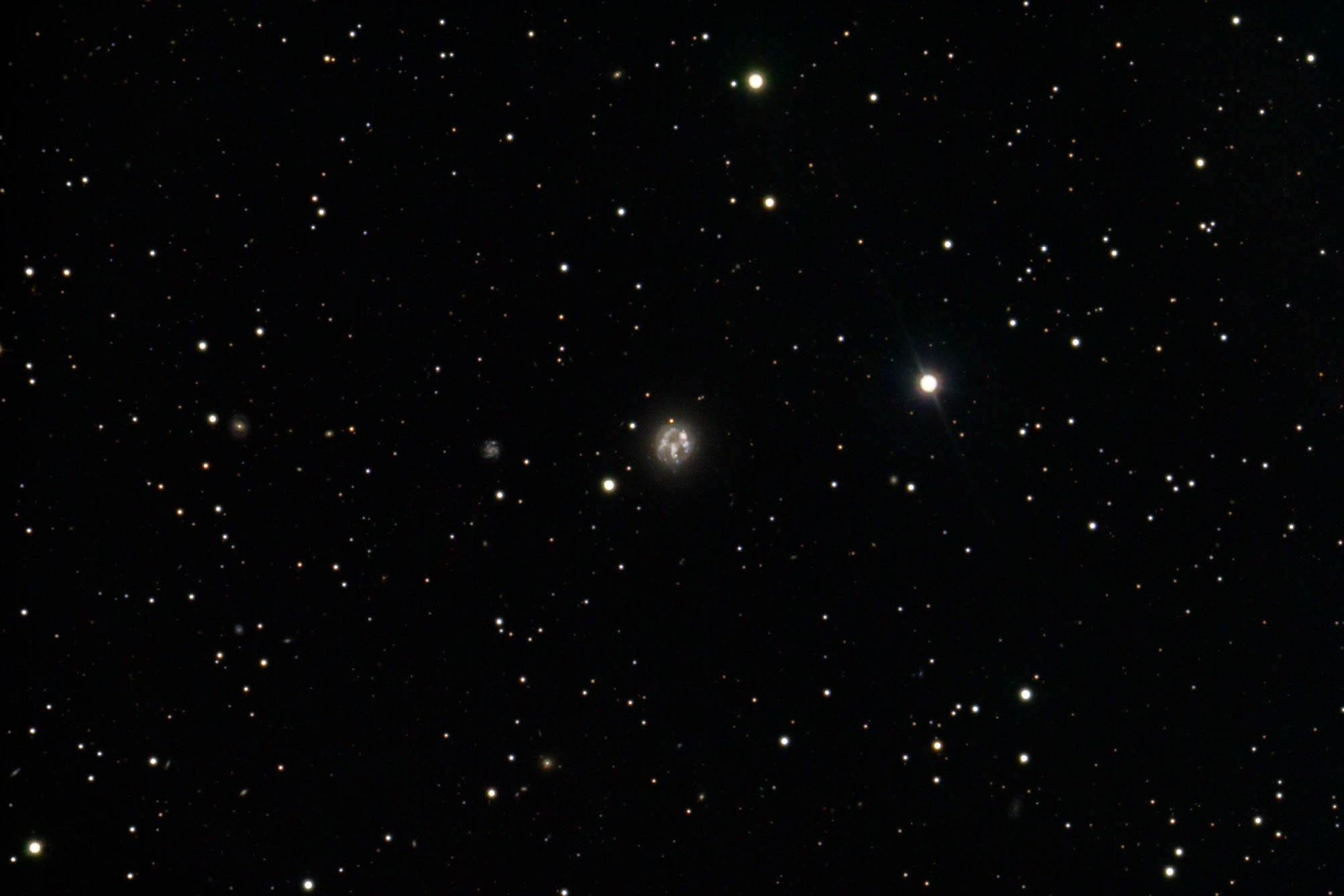