Arp 9/NGC 2523 is in Arp\'s class for spiral galaxies with split arms. Arp\'s comment reads: \"Bifurcated arm does not start at end of bar\". In fact, it has several arm segments not related to the bar. It is in Camelopardalis just above the northwest corner of Ursa Major. By redshift, it is about 160 million light-years away though a single Sosies estimate says it is only about 93 million light-years away. If the 160 million light-year estimate is right the galaxy is very large, about 135,000 light-years across measuring its longest diameter out to the far reaches of its stars in my FITS data (174 arc seconds). But if the 93 million light-year figure is correct then it is 78,000 light-years across. I found nothing in the literature to explain the difference. In fact, there\'s little in the literature on the entire field. Apparently, the far northern sky is poorly studied. For reasons explained below, I will go with the redshift distance estimate being most accurate. In fact, it may be slightly shy of its distance.

Arp 9 is classed as SB(r)bc by NED and SBb I by the NGC project. Most of what I found on this one in the literature was descriptive telling me little I couldn\'t see in my image. Notes like: \"The nucleus and bar are still strong, but the ring is narrower and knotty. Two main spiral arms, narrow and knotty (one with branching) emerge from the ring near the extremities of the bar. Additional, weaker arms start near the minor axis of the elliptical ring (here appearing circular). Note the slight asymmetry.\" aren\'t very helpful. The galaxy was discovered by Edward Swift on September 7, 1885.

There\'s little on the rest of the field. The edge on spiral to the west (right) is NGC 2523B. It too is at a redshift distance of 177 million light-years. If correct that makes it about 100,000 light-years across. About the same as our galaxy but larger than the majority of spiral galaxies. I found no other distance estimates for it. It is classed as SA(s)b: by NED. Most papers consider it a companion of Arp 9 though one referred to the very diffuse galaxy south of Arp 9 that is seen at the bottom of the cropped image as a companion. It is MAILYAN 026 which refers to the Mailyan Dwarf Galaxy Catalogue. I found nothing useful on it. If it is 160 million light-years away then it is 27,000 light-years across. If 93 million light-years is right then it is 16 million light-years across. The larger figure seems more reasonable for its brightness as most dwarfs of the smaller size are so faint I\'d not likely see it at that distance. To its east (left) is what appears to be a short asteroid trail. It shows in the DSS images and all my subs so is not an asteroid but a distant edge on galaxy. Really a weird object. Unfortunately, neither NED nor SIMBAD shows anything at that position. But then the vast majority of the galaxies in the image are anonymous.

The only other galaxy in the image NED has redshift data on is UGC 04279. It is the odd-looking linear galaxy with fuzz around it to the northeast of Arp 9. It has a bright linear core surrounded by a blue halo with a few knots mostly on the east (left) side. It is classed by NED as SBdm or a barred spiral with wide arms of the Magellanic type. It is listed at 177 million light years with virtually the same redshift as NGC 2523B. That would make it about 56,000 light-years across which is reasonable for such galaxies. With three galaxies in this field at a redshift of 160 to 177 thousand light-years, I have to conclude that is most likely the distance to Arp 9 and it really is a large spiral.

Only 4 other galaxies of the hundreds in the image are mentioned in NED, none with even a magnitude estimate let alone redshift data. So there\'s no annotated image. 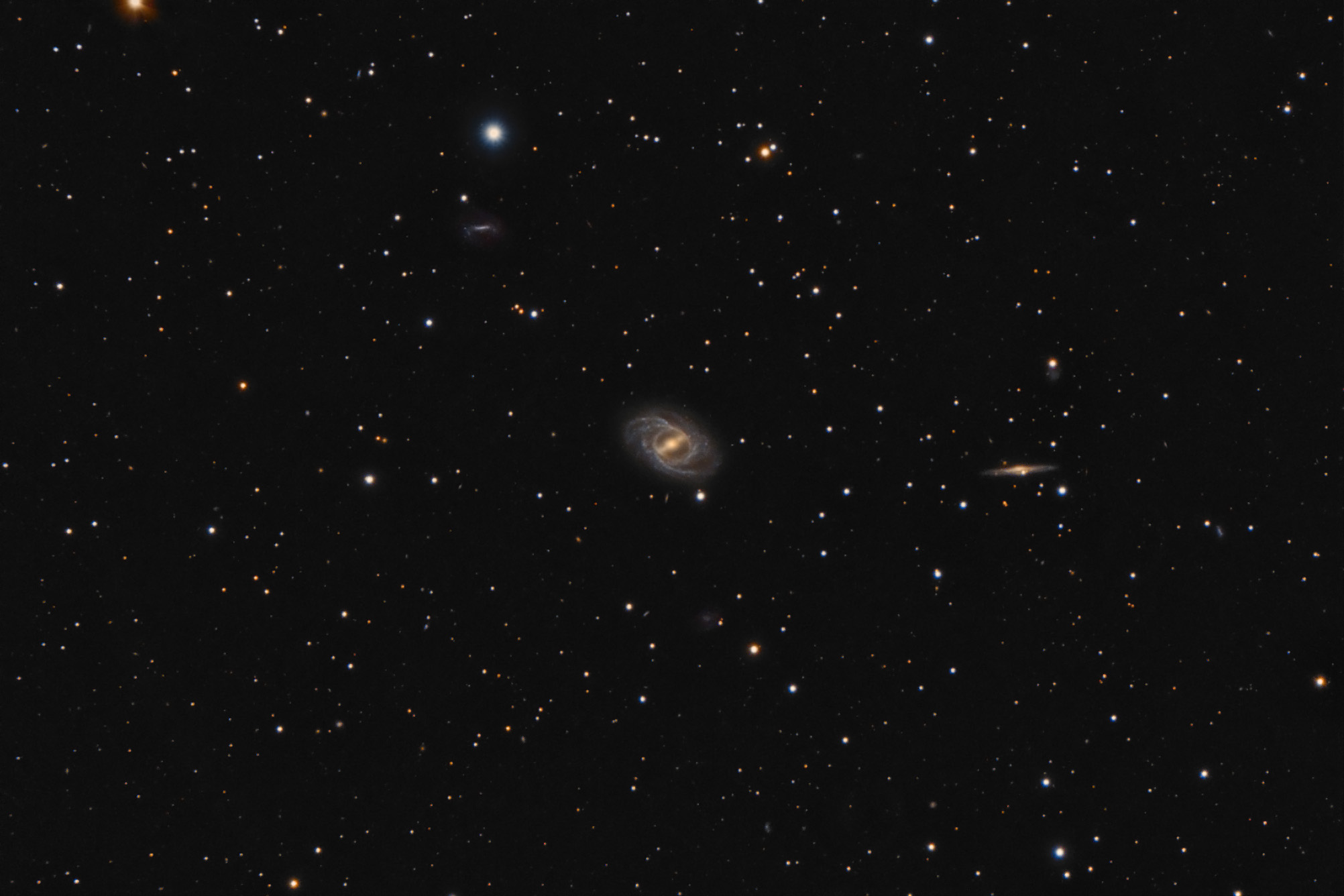 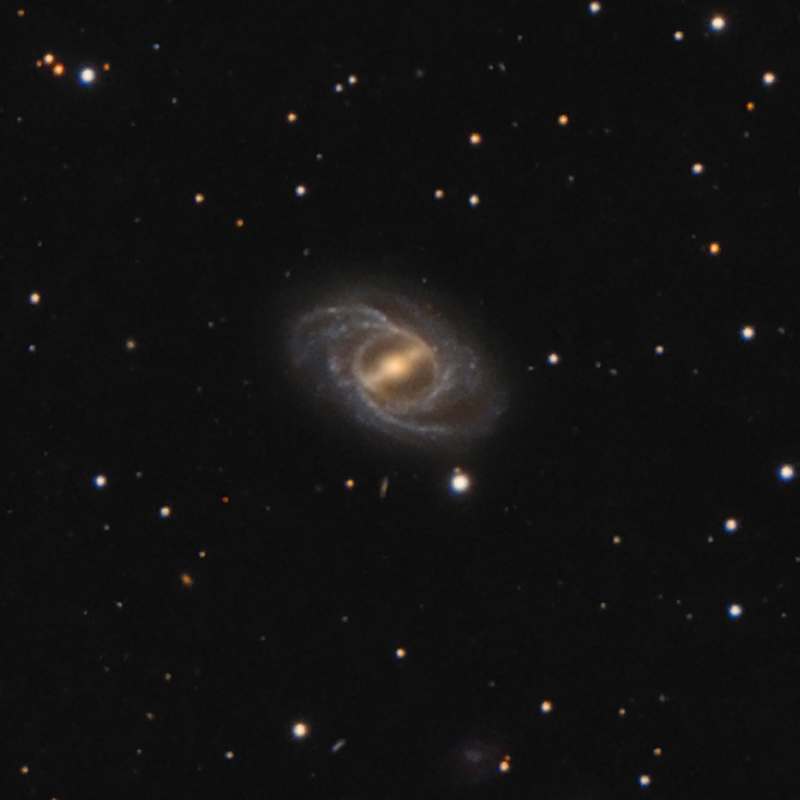