Arp 15 (NGC 7393) is classed as an SB(rs)C pec spiral galaxy. Pec means peculiar in that it certainly isn\'t a normal galaxy. It also has a ring structure. In this case, the ring is broken and partly made of enormous blue star clusters. Arp classified it under the heading of \"spiral galaxies with detached segments\". This appears to apply to the star clusters in the broken ring. Obviously, this galaxy has interacted with another but where is it? Possibly it is due to something it ate leaving only it\'s distorted shape behind. I found little in the literature about this one. It is about 156 million light-years away based on redshift data.

You can see a shot of it by Arp with the 200\" Palomar telescope at http://ned.ipac.caltech.edu/level5/Arp/Figures/arp15.gif A bigger version that shows no more detail is at
http://ned.ipac.caltech.edu/level5/Arp/Figures/big_arp15.jpeg. Notice either shows more detail than in my shot. This is because seeing at Palomar was better than at my location -- not necessarily because their scope cost millions of dollars more than mine. Seeing refers to how steady the atmosphere is both in the short term and long term. Long term meaning a second or so while short term meaning a few thousands of a second. The first moves the image around on the camera\'s sensor while the latter blurs it by forming many sharp images of the object all on top of one another each with a different center point. In any case, if you look up at the sky and see the stars twinkling seeing (slow type) is bad. If it isn\'t twinkling but a scope still can\'t form an image that\'s clear then fast seeing is bad. In most cases, you get both at once. Observatories are located in areas of what is called \"laminar air flow\". Often this is a mountaintop but doesn\'t have to be. Irregularities in the air cause bad seeing and laminar air flow evens these out (so does smog!) greatly improving seeing. Such air flow is not seen at my location, however. In any case, both types of seeing were very bad when this image was taken so the stars look fuzzy and detail in the galaxy is lost. Reproduced at 0.75\" per pixel rather than my normal 1\" per pixel (it was taken at 0.5\" per pixel), it still looks very out of focus. Thanks to the atmosphere that night it is. It was discovered by William Herschel on October 5, 1785 but isn\'t in either Herschel 400 observing program. 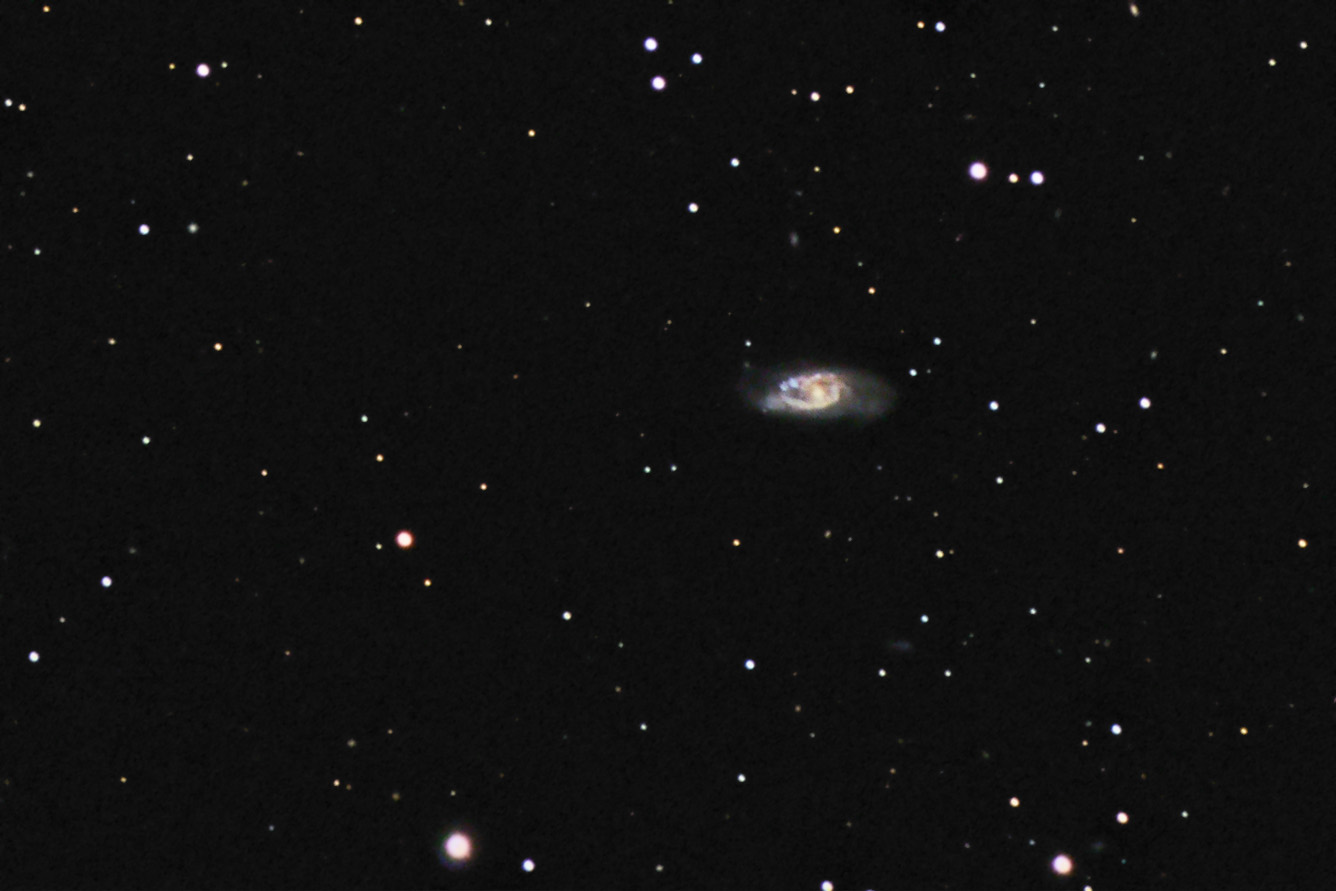