Arp 20/UGC 3014 is a triple-armed (by Arp\'s classification) spiral located about 190 million light-years from us in Taurus. NED classifies it as SB? while Seligman says SABb? I measure its size at 52,000 light-years though Seligman says 60,000 light-years. I can\'t stretch it that far. The third arm seems to come from the core rather than the ends of the bar. How it remains stable is a mystery to me. I\'d think it rapidly destroyed by tidal forces. Apparently not. The other arms seem distorted. Yet there\'s nothing around that appears to have interacted with it. Maybe all this is due to some galaxy it is currently digesting. That could explain the third arm and distortion of the other two. 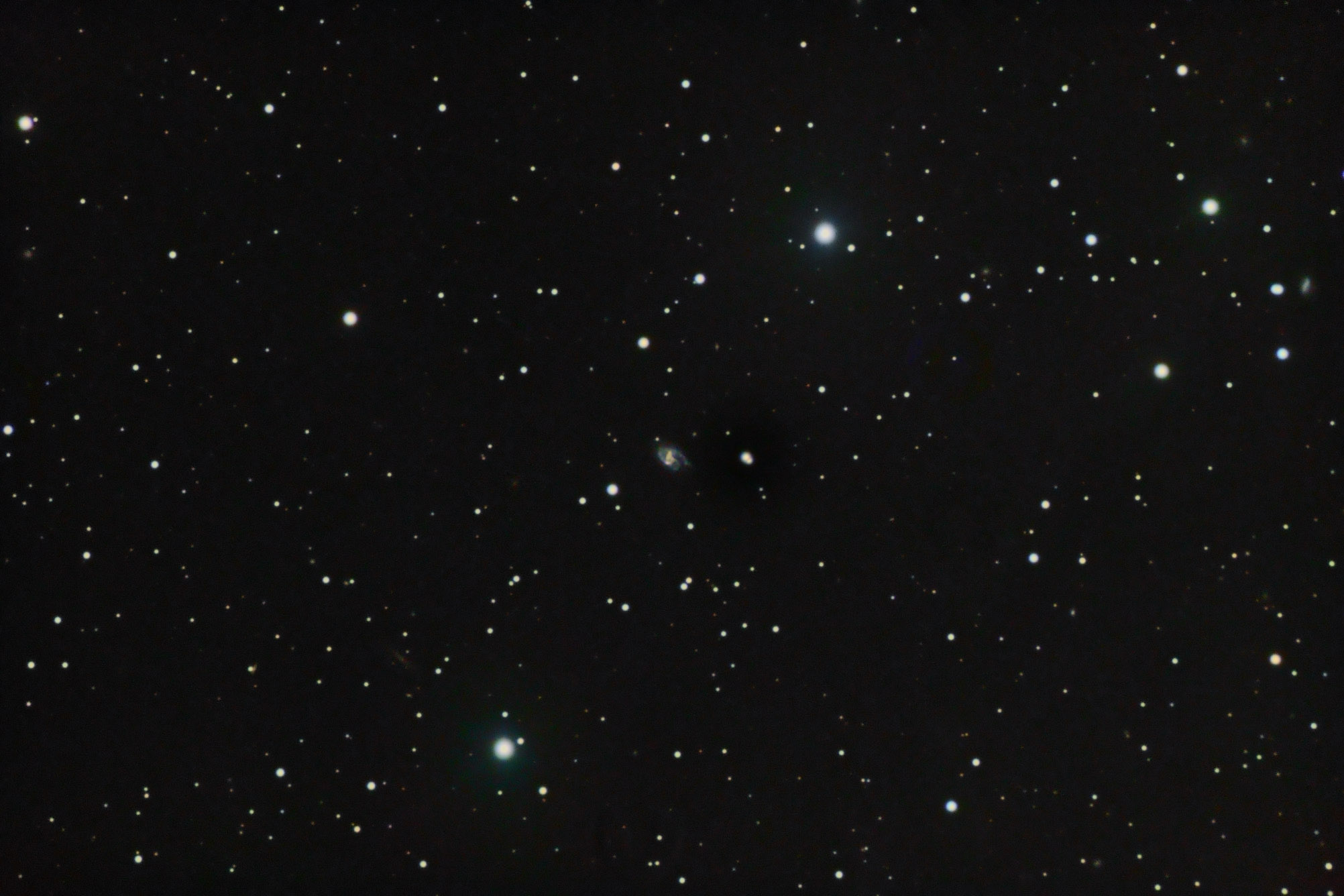