Arp 22/NGC 4027 is located in Corvus at a distance of 60 to 93 million light-years. It seems every place I look I get a different distance. Back to that in a bit. Arp put it in his category for one-armed spiral galaxies. One of his smallest categories with only 3 entries. His 3 armed spiral category also has 3 entries.

Actually, it has a second arm. It\'s short but there. So what caused the huge difference? Most now think it is the result of a merger. I found some papers saying there were some oddities in its rotational velocities though they didn\'t link this to a merger, just described the oddity. While possible I\'m not convinced. It is part of a very famous group. The NGC 4038 group. NGC 4038-9 is better known as Arp 244 -- the Antennae Galaxies. These are in the process of merging and only about 40 minutes of arc away. Has this influenced the merger concept here?

Arp 22 actually consists of two galaxies NGC 4027 and the triangular blue dwarf NGC 4027A about 4 minutes to the south. I did find papers showing that these two are interacting. NGC 4027 has drawn a lot of HI from the dwarf into a ring about itself that is severely warped. This likely indicates the two were much closer in the past and NGC 4027 could have cannibalized more than HI stealing much of the star mass of NGC 4027A. To me, the interaction is more likely the cause of the huge arm as well as rotation issues. For more on this interaction see:
http://adsabs.harvard.edu/full/1992ApJ...400..516P

It was discovered by William Herschel on February 7, 1785 and is in the original Herschel 400 observing program. My notes from April 16, 1985 on a humid night with fair transparency using my 10\" f/5 at 50x reads: \"Large, irregularly lit but mostly very faint galaxy. Large size makes viewing especially difficult. 31 crater in the field doesn\'t help any!\" I don\'t quite understand my \"large size\" description.

Unfortunately, at -19 degrees this one is well down below where I can normally image. This night was no exception. In order to get the best seeing, I have to image near the meridian when the object is highest in my skies. That puts it in my Meridian tree which blocks about 90 minutes of sky mostly to the west of the Meridian. When I realized seeing might support imaging it, seeing had been lousy but suddenly improved, I swung down to get it. I got one frame before it went into the tree. I took a second as the tree didn\'t seem to bother much but I was wrong about that. Now I had to wait 80 minutes for it to exit the tree. After 70 it seemed clear so took another frame. Wrong, the tree was still creating a diffraction mess with its pine needles (It\'s a red pine). The fourth image was clear of the tree. But now the wall of the observatory was becoming a problem and I had to stop. I took the color data the following night when seeing was poor but it was out of the meridian tree and on the east side where the wall wasn\'t an issue but it ran into the Meridian tree ruining one green frame so this is why only 1 rather than two were used. I saw this coming so put green last since it is of least importance with most galaxy color shots. Still, all this, especially the tube currents from rapidly falling temperatures, left me with odd diffraction spikes and flat-bottomed stars. Working this low is rare so never had a chance to retake it on a better night. All this mainly hurt bright stars not the galaxy though seeing this low is always lousy so detail is sorely lacking. I had to give it a try. Several more Arp Atlas galaxies are this low that I\'ve never been able to image but will try if I ever get a night that allows it. One is three degrees lower so will be really difficult but if I live long enough I might get it.

Normally I prepare an annotated image but there\'s so little on this field I\'ll give it a pass. Only two other galaxies have any redshift data and after the fiasco of finding a reliable distance for Arp 22 is it even worth it? Still here goes. The blue galaxy immediately east (left) of the dwarf NGC 4027A is I SZ 108A. You have to go into some rare catalogs with this field! It stands for the First Southern Zwicky list in case you were wondering. It does have a redshift which puts it at 300 million light-years distant, 3 to 5 times further that Arp 22. South of Arp 22 and very slightly west (right) is a rather orange galaxy. This is 6dF J1159269-192436 (6 degree Field Survey) with a redshift distance of 774 million light-years. And that\'s it. So what about the small blue galaxy above I SZ 108A? Wish I knew. NED doesn\'t seem to know it exists. Since there\'s a I SZ 108A where is I SZ 108? NED again is ignorant on the subject. Maybe it doesn\'t exist. If you get the feeling I went to all this work to image this guy and then find mostly ignorance when I try to look up the field, you\'d be right. 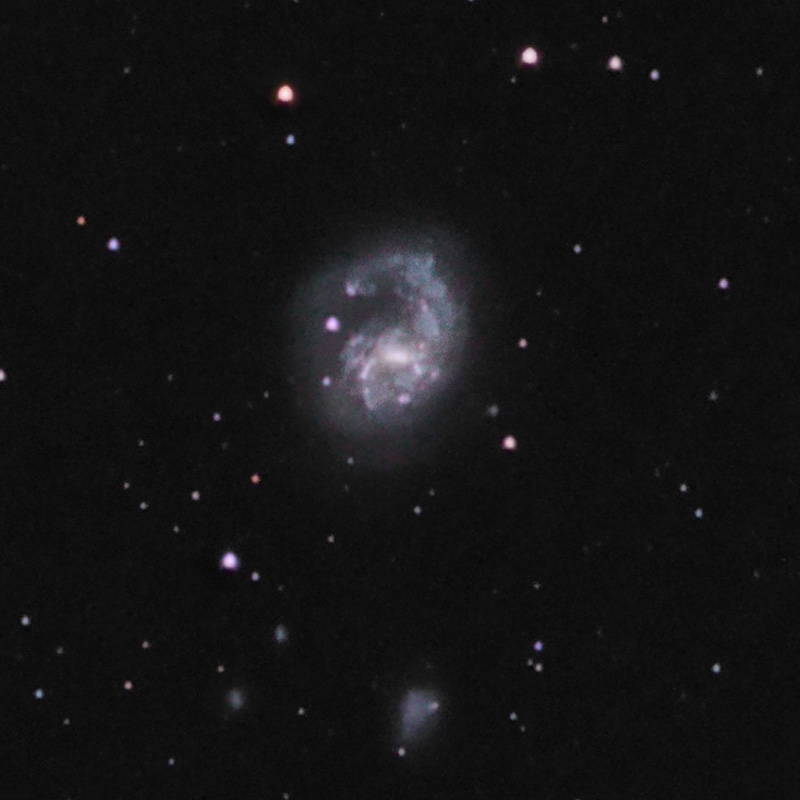 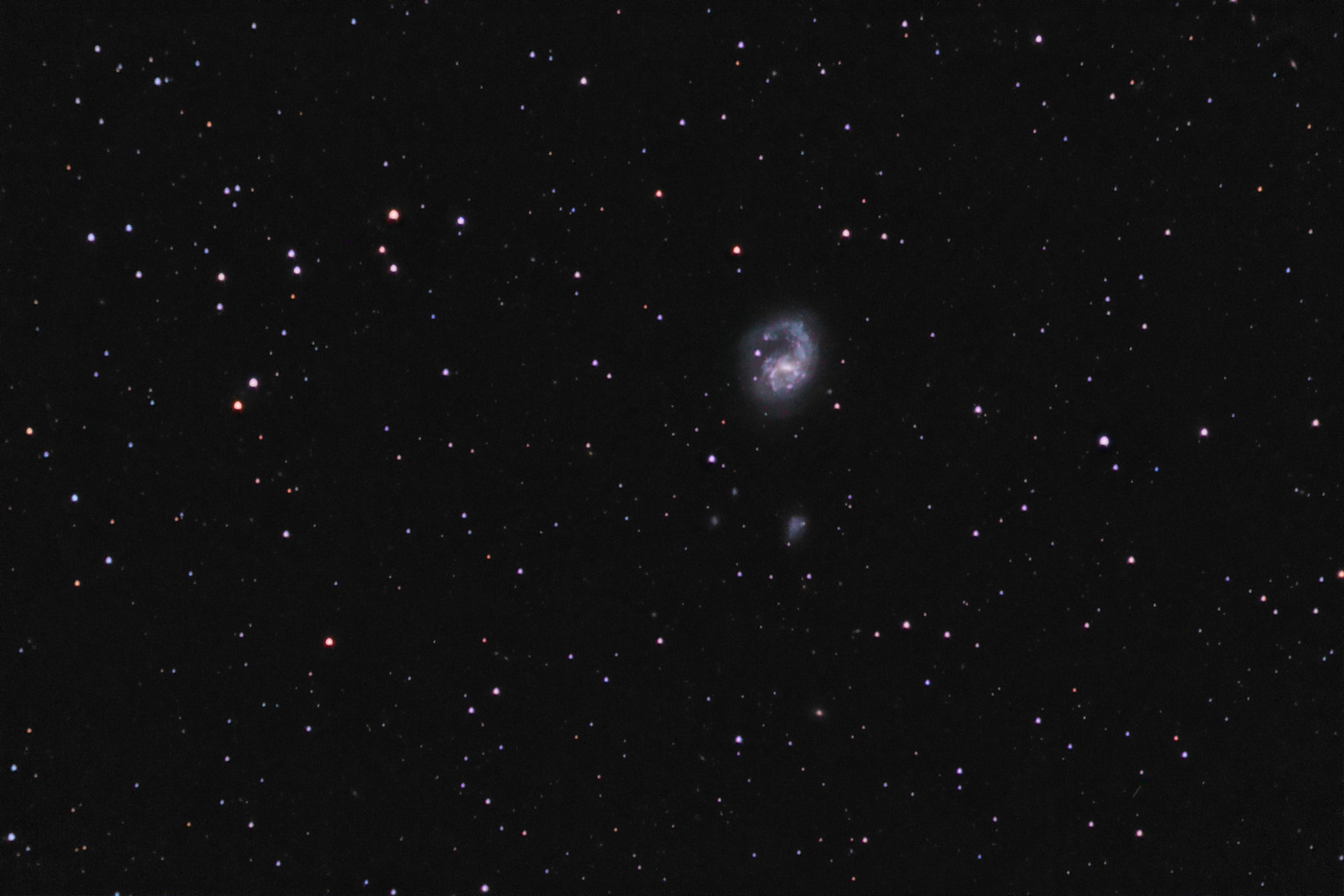