Arp 29 is far better known as NGC 6946, the Fireworks Galaxy. This is because it is undergoing massive star formation and close enough that we can easily resolve many of the HII regions as well as a massive star cluster. The cluster is well resolved in the upper left corner of the Gemini North image. http://antwrp.gsfc.nasa.gov/apod/ap050125.html My image scale and seeing weren\'t sufficient to fully resolve it so only a few of the stars show with the rest forming what appears to be a blue reflection nebula. Note the Gemini image has south up while mine is north up. Another reason for its common name is all the supernova that have been seen blowing in it. The last was in 2017. NED list 10 known supernovae in this galaxy; SN 1917A, N 1939C, SN 1948B, SN 1968D, SN 1969P, SN 1980K, SN 2002hh, SN 2004et and SN 2008S, and 2017eaw. 27 supernova remnants are also known in this galaxy according to NED. This image features the 2017 supernova. The text below is taken from my earlier image of the galaxy before the supernova was seen.

There are a few other galaxies in the image and one missing one. NED lists a 15.6 magnitude galaxy, [OBC97] N05-1 at the top of my image that should be easily visible but there\'s nothing there. Those easiest to find are all southwest of Arp 29. The one hiding behind a star is 2MASX J20332396+6005088. Below and east (left) of it is the slightly bigger and brighter 2MASX J20333573+6002118. Neither have any other data, unfortunately. The same lack applies to 2MASX J20324060+6000181 in the very southwest corner of my image. I didn\'t quite catch all of it. You\'d think one this big and bright would at least have a magnitude estimate but nothing. Guess the 2MASS survey didn\'t want to detract from the fireworks of Arp 29. 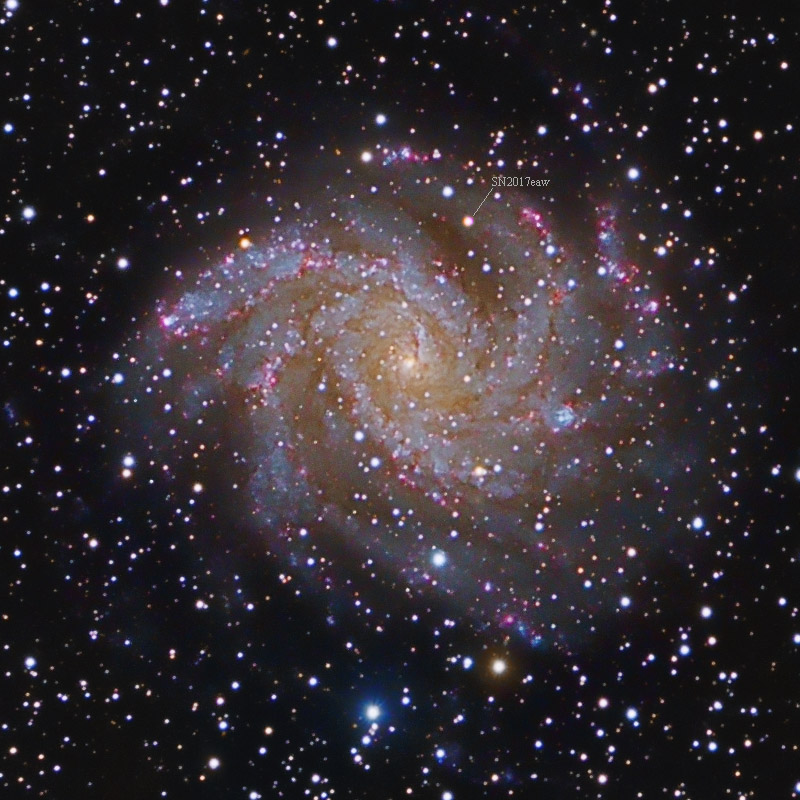 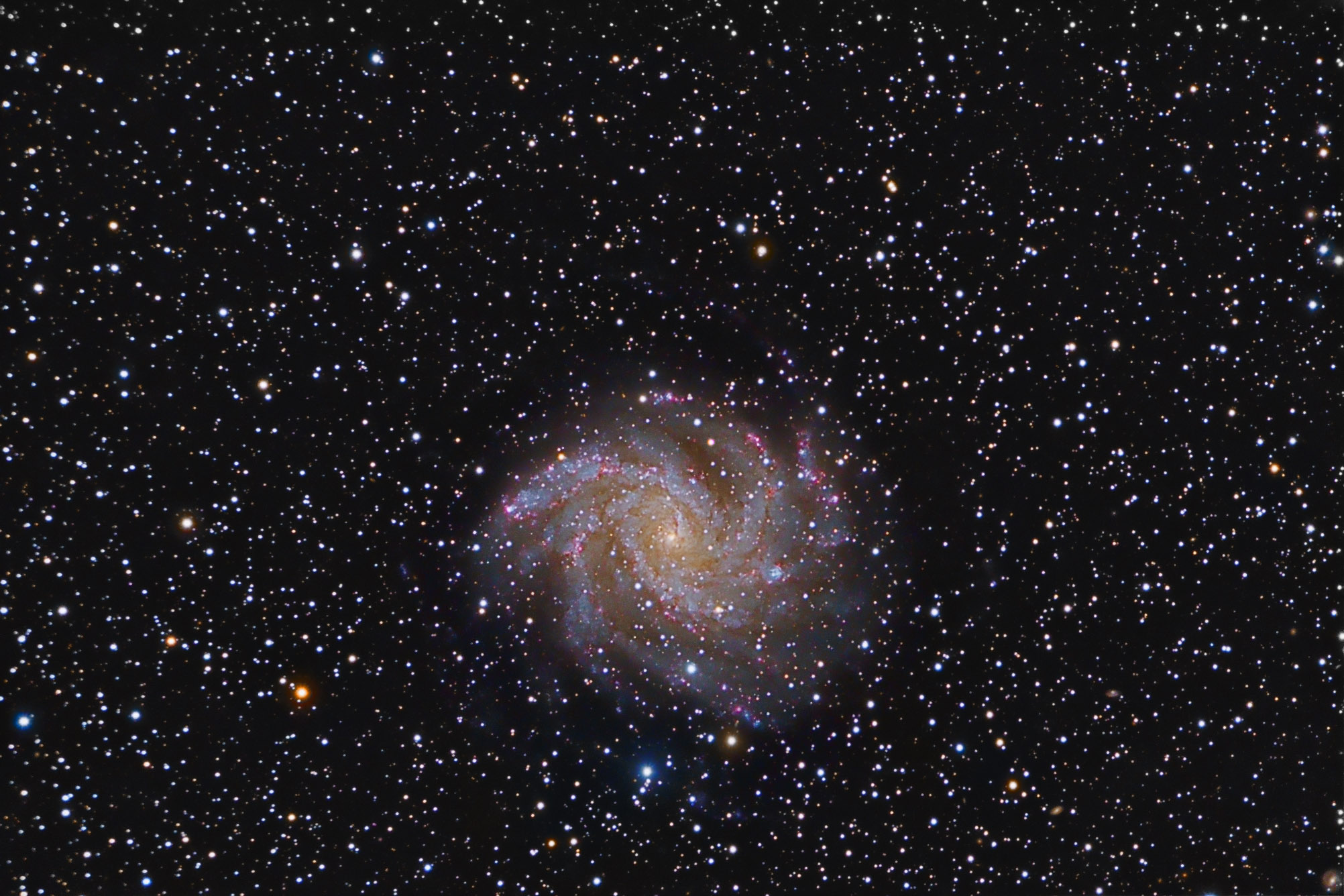