ARP 32, UGC 10770 was classified by Arp as one of six spiral galaxies of the \"Integral Sign\" type. By this he meant it somewhat resembles the calculus symbol of that name, +\" is the closest I can do with Unicode but lean it over a bit. Usually, it is due to a spiral seen at just the right angle but this case is different. It is two colliding galaxies. While these look very small and distant that is misleading. They are really two very small dwarf galaxies that are rather close as galaxies go at about 55 million light years. About the same distance as the many galaxies of the Virgo Cluster. So these are two very tiny galaxies. Star formation, triggered by their collision has turned both of them very blue. The PGC lists the two galaxies separately with the southern one being PGC 59804 and the northern, PGC 59862. Given a distance of about 55 million light-years, the southern galaxy is about 20,000 light-years across and the northern about 15,000. There\'s a star from our own galaxy that just happens to be right at the point where the two galaxies appear to touch each other. It makes a rather nice pseudo nucleus making the two galaxies appear as one. There are very few images of this pair to be found anyplace on the net. An image of it from the Sloan Digital Sky Survey can be found at:
http://cas.sdss.org/dr6/en/tools/places/page5.asp
It\'s the third down in the left column. Color has been severely enhanced in this image to bring out subtle color differences. My shot is more in line with the colors the eye would see if the scene were bright enough to trip our color cells in the retina. Seeing was rather poor the night I took this so things are a bit fuzzy. 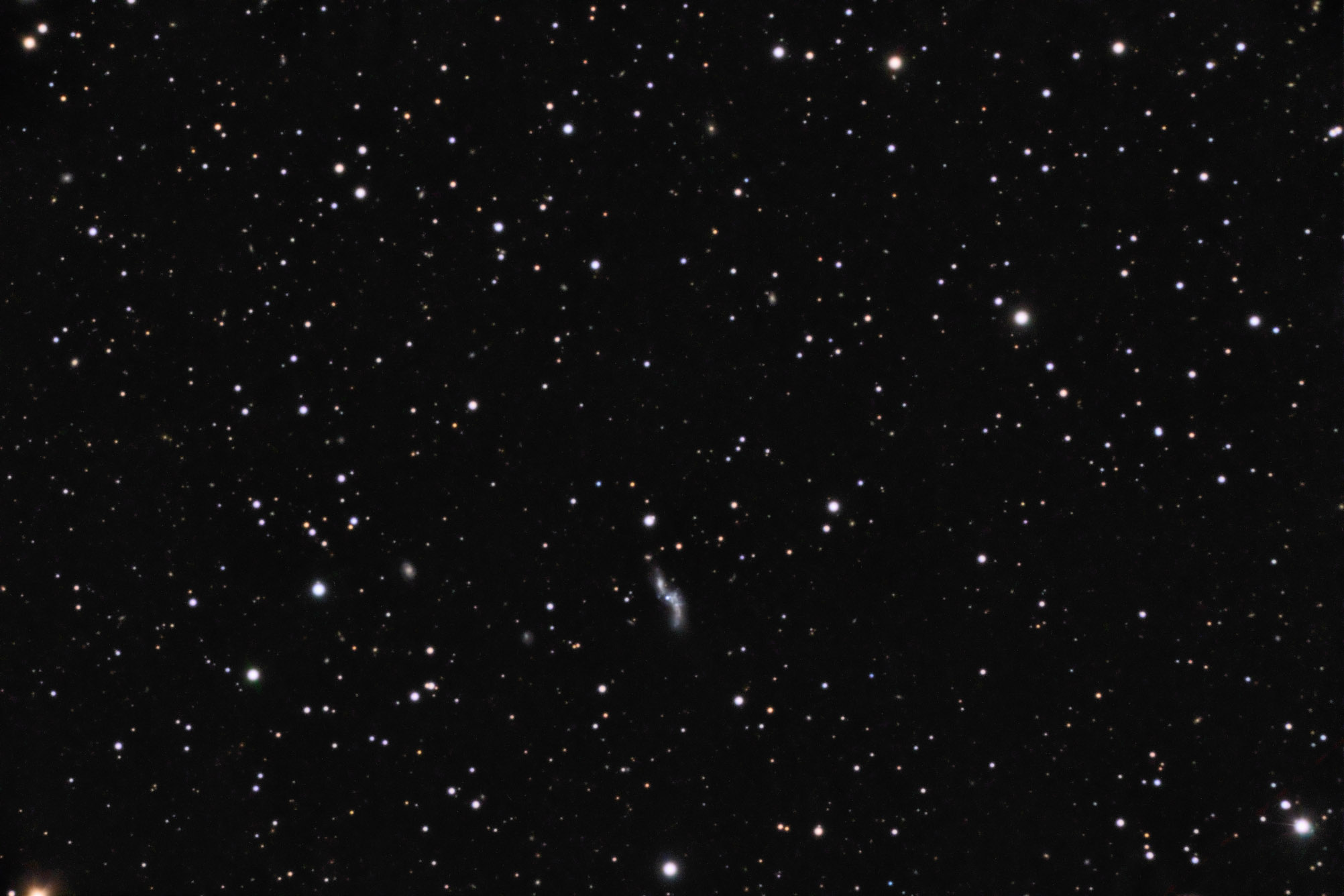