Arp 35 is considered a pair of interacting galaxies even though they are widely separated. The two galaxies are LEDA 001434 in the center and LEDA 001431 well below it. They are in the constellation of Pisces. Both are about 210 million light-years from us. The later seems mostly unchanged by the encounter but 1434 certainly has been torn up by the near collision. Arp has a class for integral sign galaxies, none of which is the integral sign galaxy oddly enough. Like Arp 24 the companion isn\'t involved in his classification of the galaxy and isn\'t mentioned that I find. Still, some catalogs consider both to be part of Arp 35. 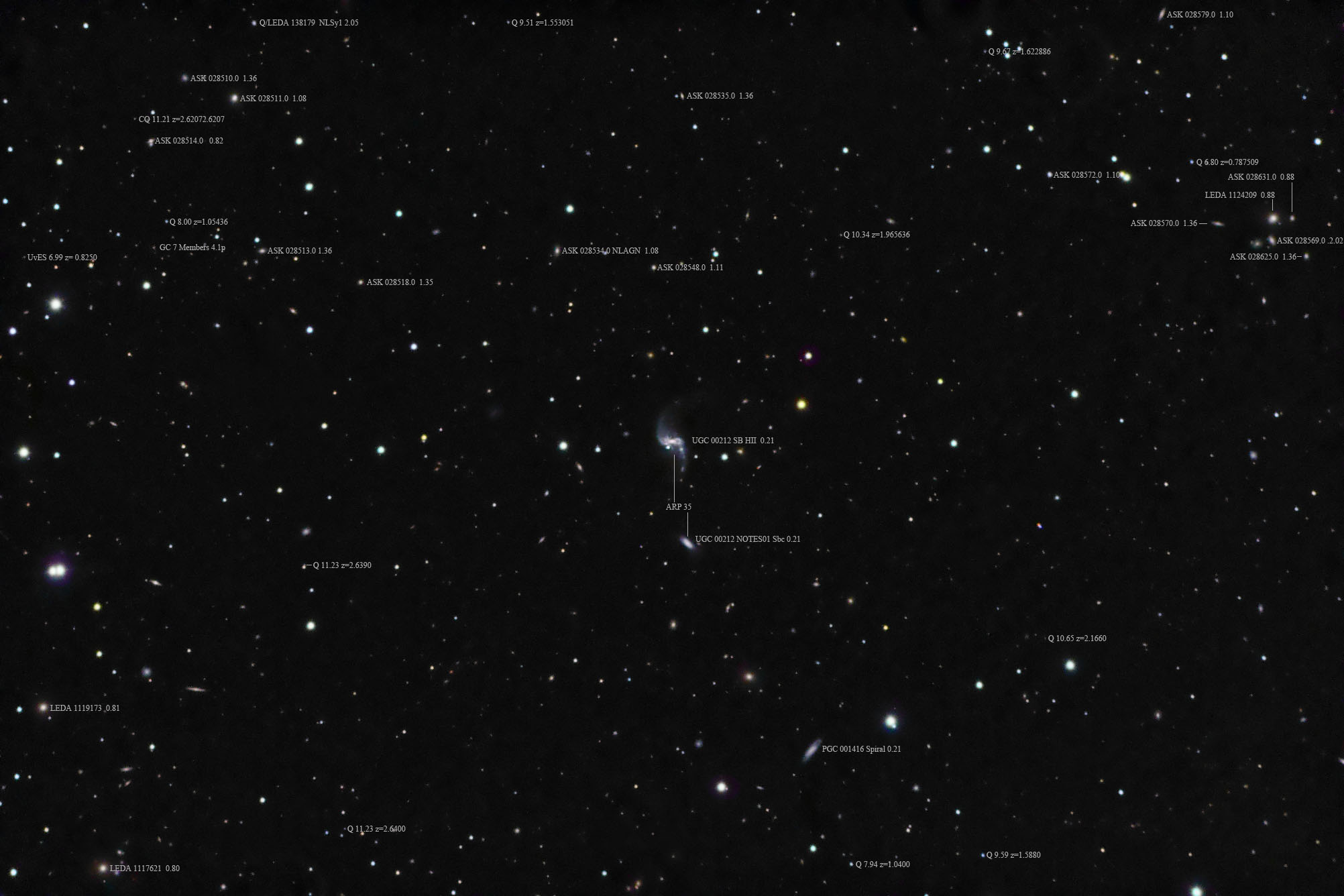 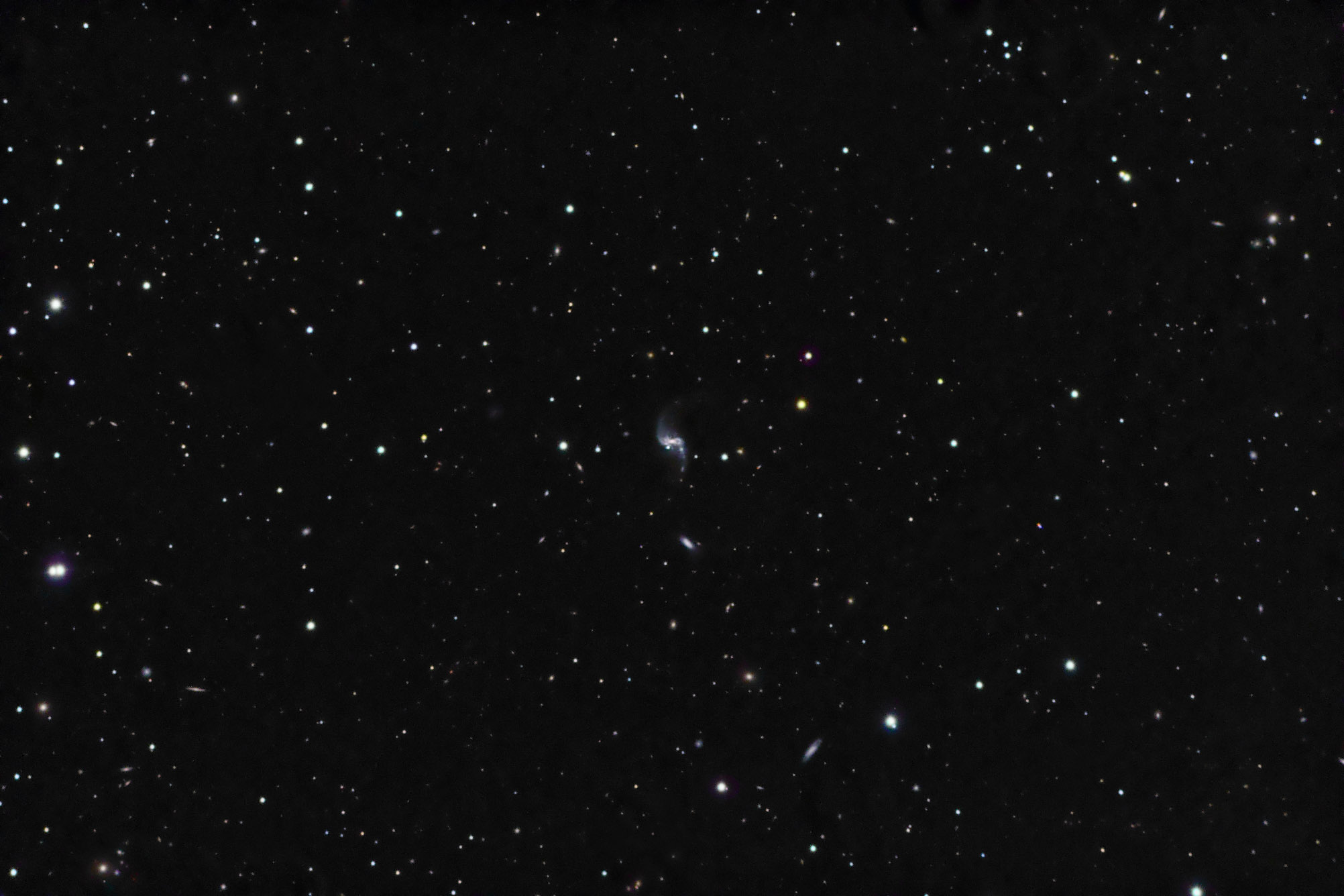