Arp 38 is a photogenic face on spiral in Draco about 60 million light-years distant. Arp put it in his class for spirals with low surface brightness companions on the arm. One major problem here. The companion probably doesn\'t exist. NED shows no other galaxy in the area. It appears the \"companion\" is most likely just star knots to the northern side of the galaxy. Arp\'s comment reads: \"Small ring in arm on north side, part of large ring on following side shows in H-alpha only.\" This would be the position of the star knots. Kanipe and Webb make no mention of the companion in their book. They just repeat Arp\'s comment.

The only other mention of a companion that I found is in a paper by B. A. Vorontsov-Velyaminov from 1975 titled \"Atlas of Interacting Galaxies, Part II and the Concept of Fragmentation of Galaxies. This is the VV catalog in which Arp 38 is entry 444. There they say: \"One of the rare cases where the companion at the end of a spiral arm is also a spiral. Here, a chain of H II regions encircles the massive condensation thus forming a small spiral ripening at the periphery of the larger one and liable to gemmate.\" Again this reads more like a feature of the galaxy rather than a separate one except for the part where they state it really is a spiral. But do they mean a spiral form rather than a galaxy?

Arp 38 does have some plumes to the north that likely indicate some interaction in the past. I suppose the bright knot to the north could be mistaken for a galaxy. A very basic combine of a couple filters is seen at http://cseligman.com/text/atlas/ngc6412hst.jpg There the \"companion\" appears to be just a very large HII region and star cluster. I suppose if it ate a dwarf galaxy with lots of HII regions this might be the some of the remains. This could explain the plumes as well.

There seems some disagreement about how to classify this spiral. NED says SA(s)c while the NGC project says SBc making it a barred spiral. It sort of looks barred in my image at first glance. But looking closer in the enlarged image what appears to be a bar to the north is really star knots at the start of a spiral arm that comes out of a circular core region. There is no sign of a bar like structure to the south. This is even more evident (of course) in the Hubble Space Telescope image above. It was discovered by William Herschel on December 12, 1797 but isn\'t in either of the Herschel 400 observing programs.

The image is out of the area of the Sloan survey so there is little data on the field. While NED lists a couple dozen galaxies in the field none have much data and nothing about distance. No annotated image was prepared due to this lack of data. 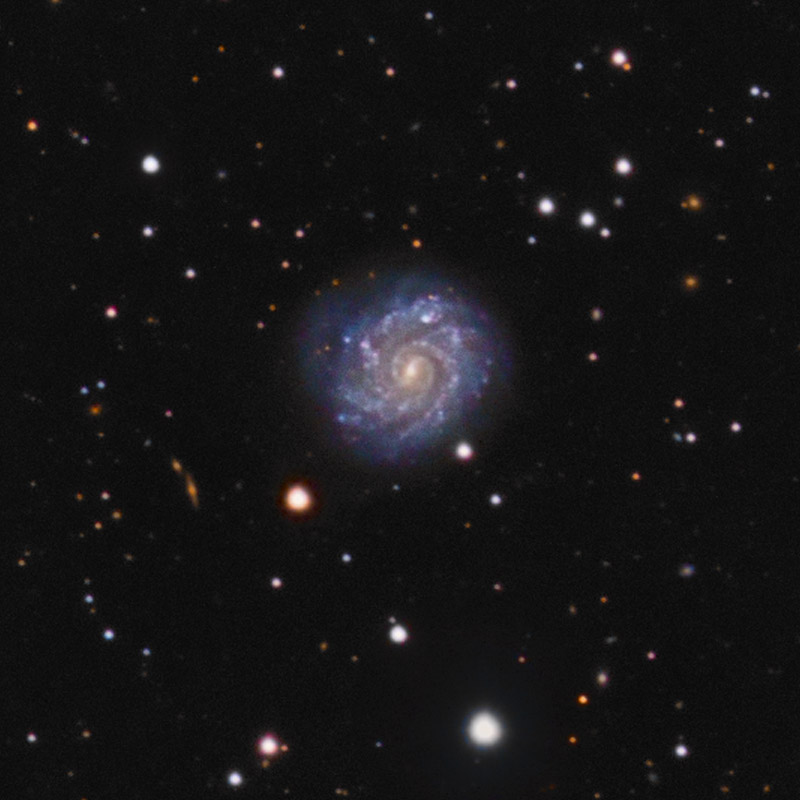 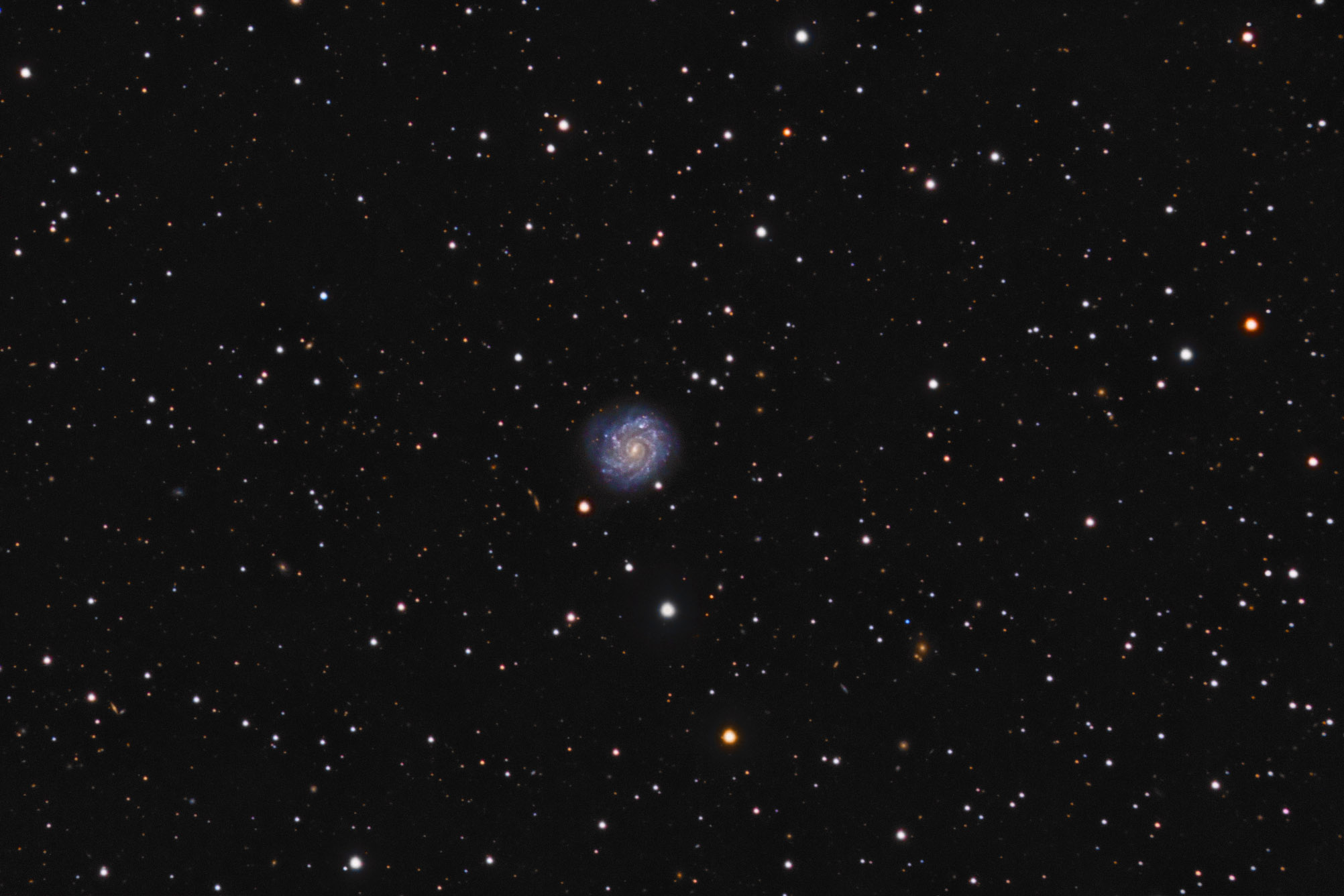