Arp 41/NGC 1232 belongs to Arp\'s class for spiral galaxies with low surface brightness companions on their arms. It is located in Eridanus some 67 million light-years distant by redshift. At -20 degrees it is too low in my sky for me to get a decent image. I normally don\'t even try when this low but this one was big and bright so had to try anyway. I\'m glad I did. While fuzzy I still was able to pull out some of its many HII regions even though no H alpha filter was used. The galaxy was discovered by William Herschel on October 20, 1784 but isn\'t in either of the Herschel 400 programs.

While Arp apparently considered the companion to be on the arm that is likely not the case. Optical redshift puts the companion, NGC 1232A, nearly 5 times more distant at 293 million light-years. But a note at NED says that HI radio data shows a redshift of about the same as Arp 41 itself. They offer no explanation and call it a mystery. Considering it is on an arm I would think the radio HI data is for NGC 1232 in the background rather than NGC 1232A. I saw nothing to rule this out which puzzles me. NED makes no mention of this difference. Older papers also consider it a dwarf companion saying things like; \"Typical dwarf SB(s)m system.\" and \"Dwarf SB(s)m satellite at 4.0 arcmin following NGC 1232.\"

NED classes NGC 1232 as SAB(rs)c with HII so sees both elements of a normal and of a barred spiral. The NGC project says SC I. The companion is classed by NED as SB(s)m same as the papers seeing it as a dwarf companion. If it is really 5 times more distant then it is not a dwarf. Hubble would resolve stars in it at the distance of NGC 1232 but unfortunately has not looked at it. For now, I\'m going with the visual redshift distance of about 300 million light years.

This is a region of the sky with little research. I found little at all on the field so haven\'t prepared an annotated image. 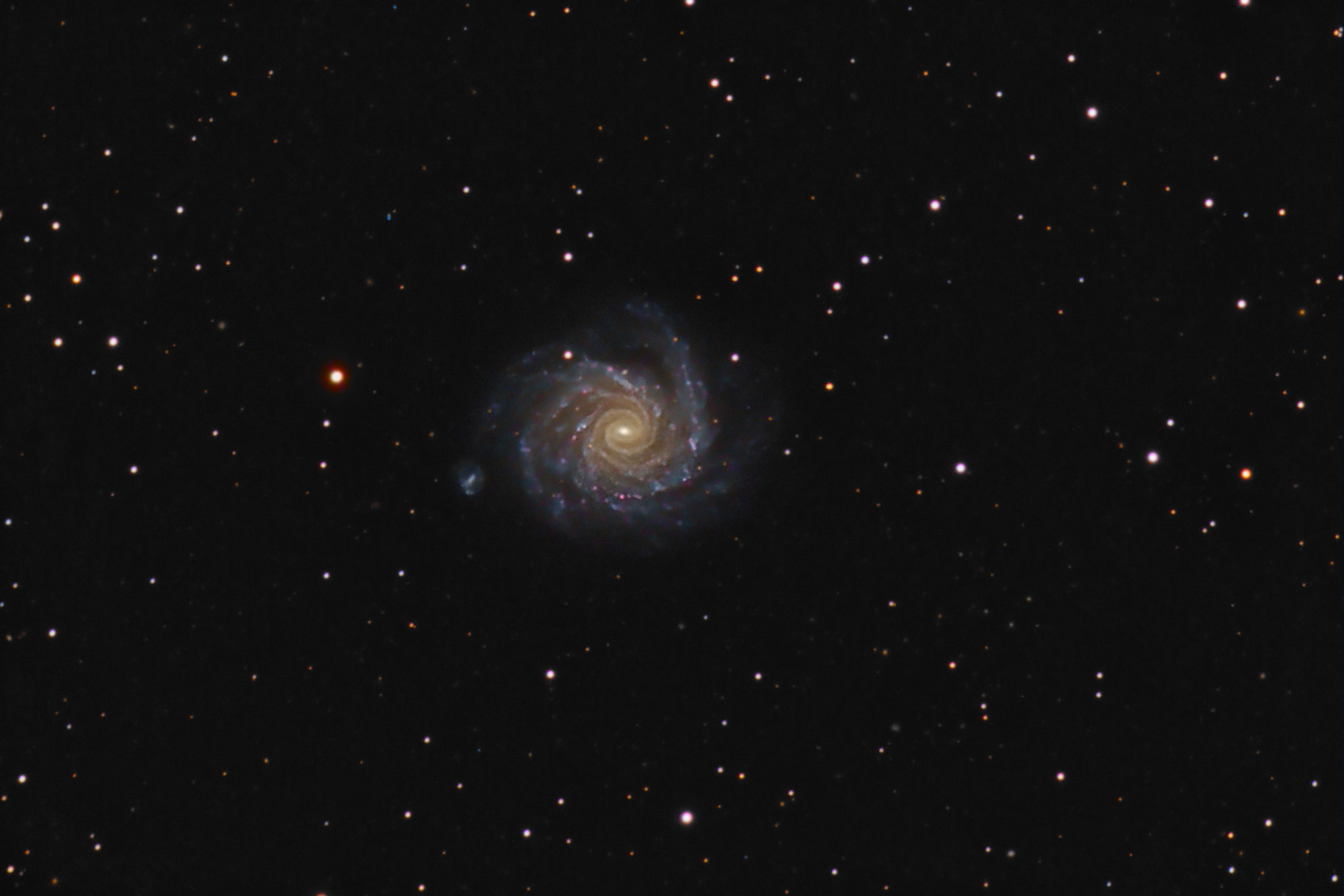