Arp 44/IC 609 is a rather distorted spiral galaxy in Sextans about 270 million light-years distant. Arp puts it in his category spiral galaxies with companions on arms: Low surface brightness companions. Apparently, the two faint galaxies to the south are the companions Arp is talking about. At least that\'s the conclusion of Kanipe and Webb in their book on the atlas. Arp included both in his image. Most catalogs only include the closer, brighter one, however. I don\'t see either as being on an arm. Arp left no comment to help decide this issue. IC 609 was discovered by Stephane Javelle on March 21, 1893.

However, there is another galaxy that might be the one Arp refers to. It is due south of the western end of the faint south arm. It appears like a star in my image. It is SDSS J102534.00-021344.5 but has no distance data. I assume it is far beyond Arp 44. The galaxy most, including NED, consider the companion is the obvious fuzzy galaxy south of Arp 44. It is UGC 05641(1). It\'s far beyond any arm of Arp 44 however and far beyond Arp 44 in distance. Redshift shows it to be about 660 million light-year distant. More than twice as far as Arp 44. Obviously, it had nothing to do with the distortions seen in Arp 44.

So what did distort Arp 44? Arp 44 is one of 4 galaxies in the in my frame that are about 270 million light-years from us. Two are north and east of Arp 44. They are quite small. I doubt they could be involved. The 4th member is CGCG 009-022 toward the lower right corner. It is large enough but doesn\'t appear sufficiently distorted. NGC 3243, a large elliptical at 270 million light-years is just out of the image to the southeast. It certainly is large enough but again, shows no sign of being the culprit. Maybe this is the result of a merger. Seems possible as there are a bunch of small galaxies at this distance in the area. 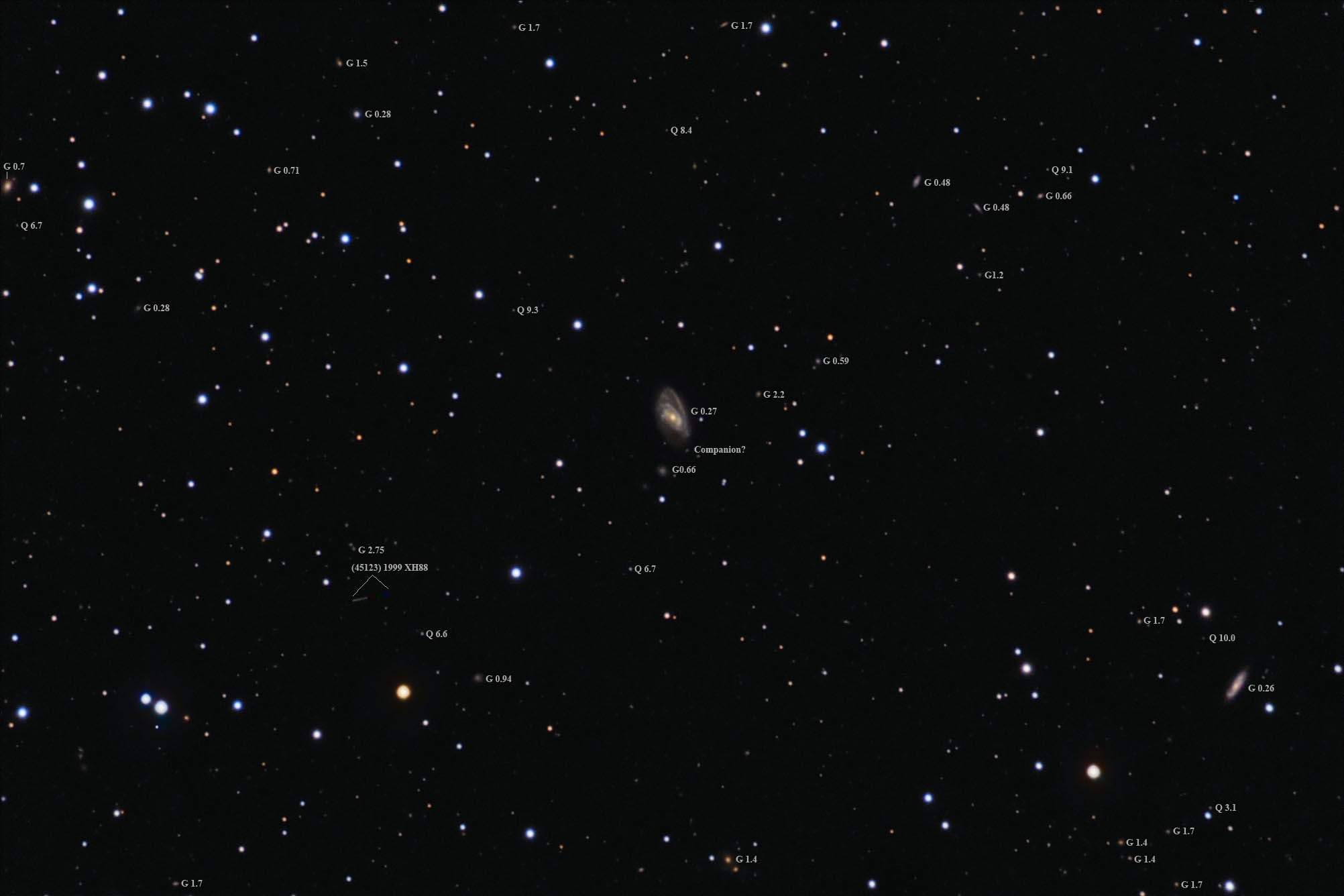 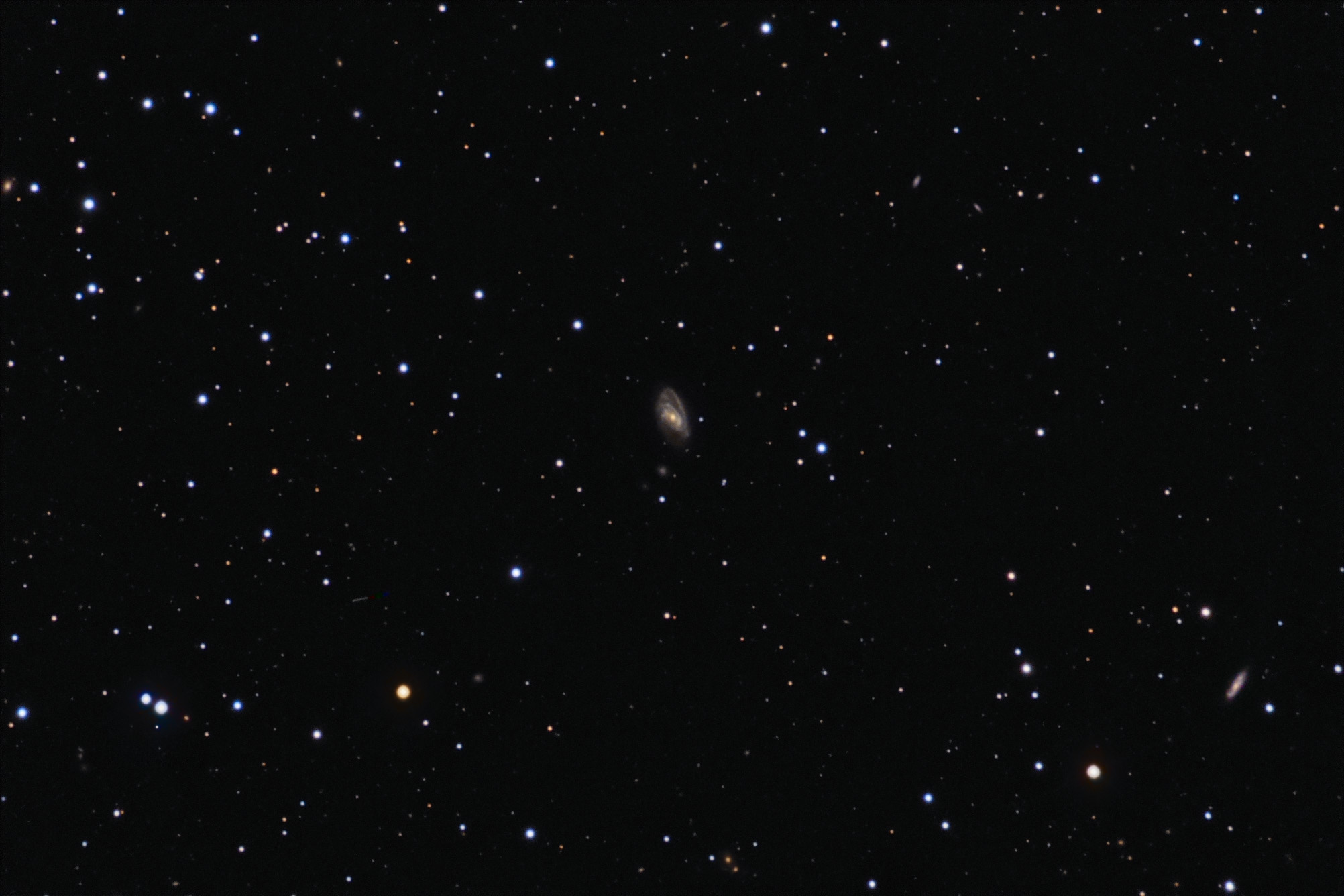 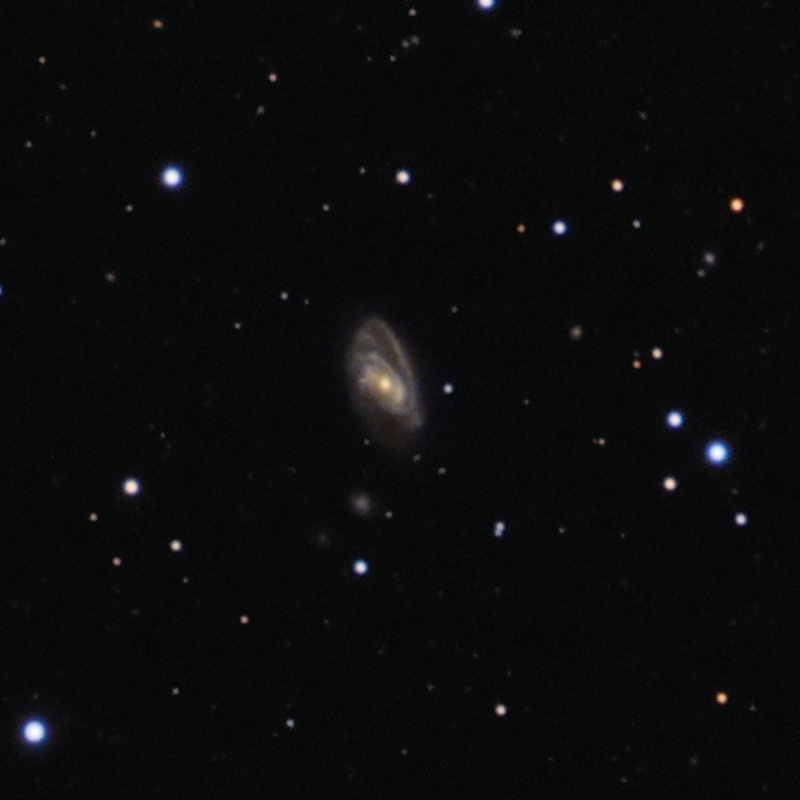