Arp 46 falls under Arp\'s category \"Spiral Galaxies: Small, high surface brightness companions on arms. The big spiral, UGC 12667, is not Arp 46. Arp 46 is the much smaller, distorted spiral down to the right (southwest) of the bigger spiral. Arp 46 consists of UGC 12665, the distorted spiral and its small companion VV 314b. Arp\'s comment: \"Companion connected to main spiral.\" I\'m not all that convinced that is correct. There is a nice tidal arm coming from VV 314b and overlapping UGC 12665. But I see no way to tell if they are connected. Most likely they aren\'t. But that tidal plum is nice in the 2x enlargement.

The pair is in northern Pegasus. They are about 230 million light- years distant based on redshift and about 210 based on corrected Tully-Fisher estimates. This is quite good agreement as these things go. UGC 12665 is classed as SB(rs)d pec. Considering its northern arm is so distorted to be unrecognizable I\'d have to say the peculiar designation is well earned. I find no classification of the companion. I\'d say S0 pec as drawing such a tidal arm is easier from most S0 galaxies than elliptical galaxies.

This field is out of the Sloan survey area so there\'s not a lot of data on the other galaxies in the field except for UGC 12667. The spiral is Scd or Scd?. Redshift puts it at about 160 million light years so it isn\'t related to Arp 46 at all. 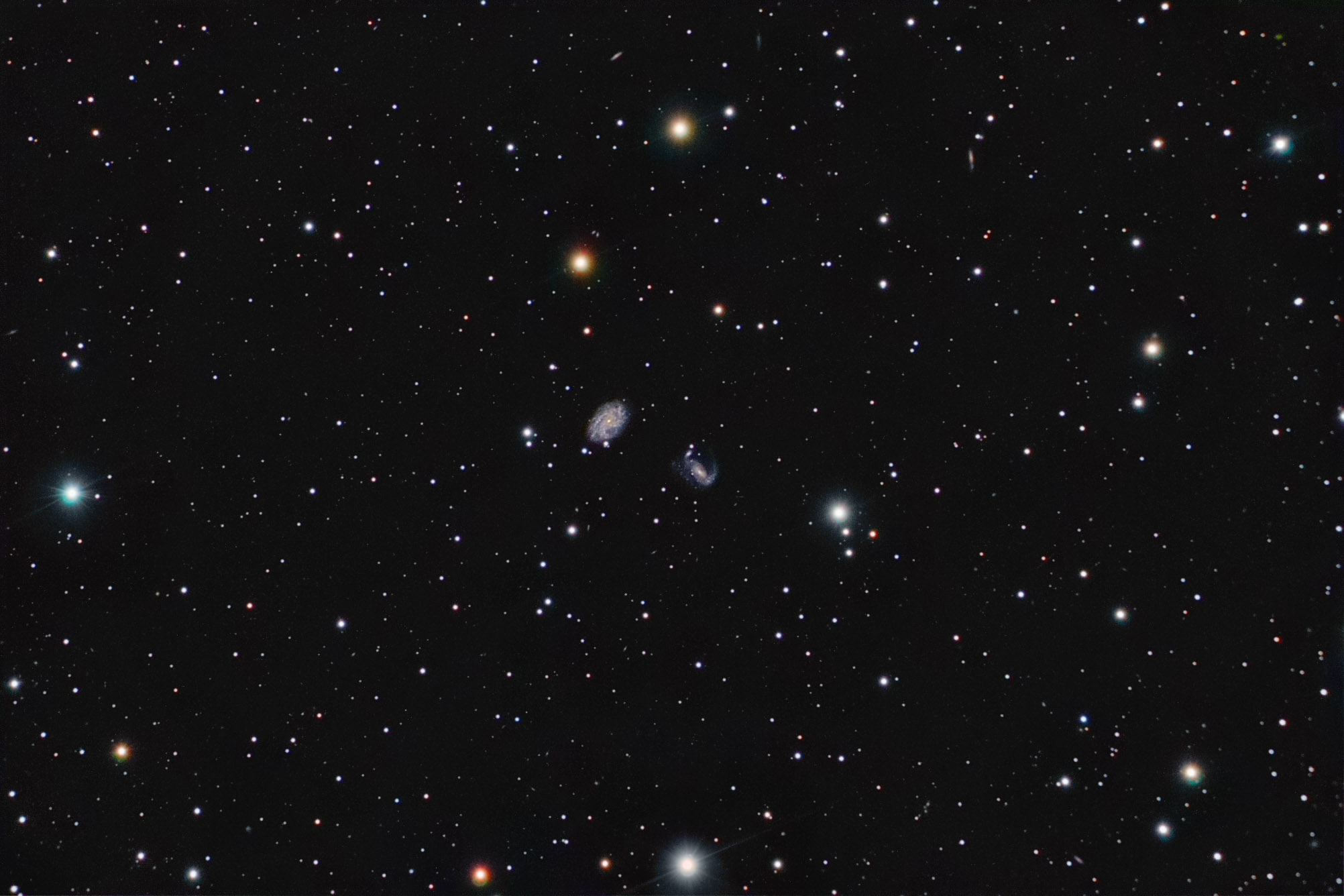 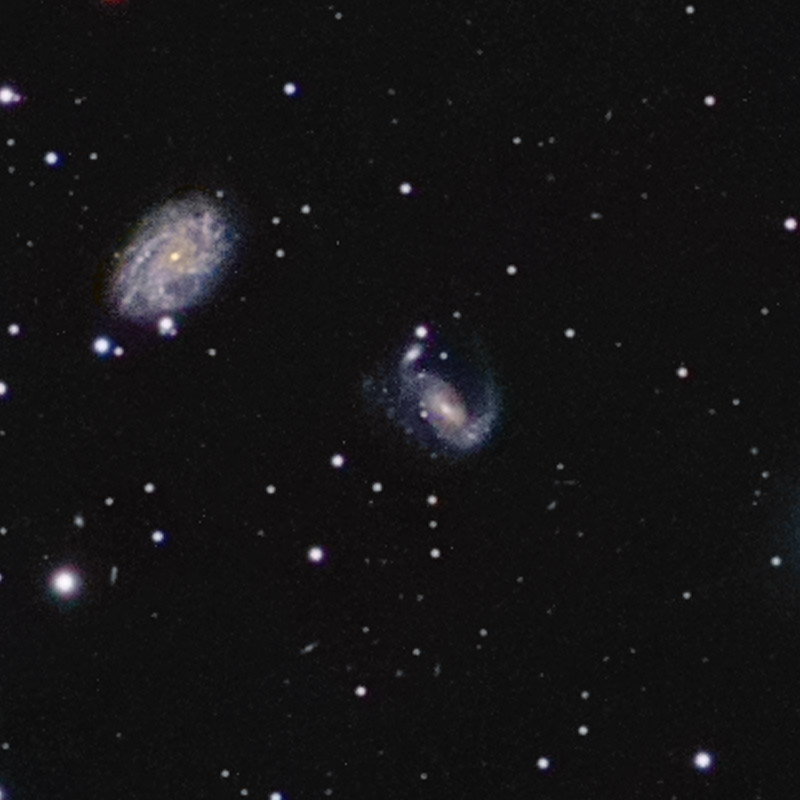