Arp 52 is one of the dud Arp galaxies, at least for my system. I needed a good night that would support 0.5\" imaging. I\'ve had more than usual of such nights but not the night I imaged it so I settled for my standard 1\" pixel size. Arp 52, CGCG 421-027, doesn\'t have any classification that I can find nor could I find a paper on it. It seems no one but Arp finds it interesting. He classed it as a spiral with a high surface brightness companion on its arm. That\'s the blue dot at the 1 o\'clock position. Though it appears it may be a foreground galaxy. I find no separate identity or info for this companion. It\'s just that most catalogs show \"Arp 52 as a galaxy with companion\". Without further data, there\'s no way to know if the two are related or not. Both are blue which might indicate they are interacting and thus have triggered the creation of a lot of young super hot blue stars. But without any literature to check there\'s no way to know.

Arp 52 is about 380 million light-years away and seen against the stars of Orion, not far from his left armpit, Bellatrix. There are three other galaxies in this image that are located at about this same distance and are thus likely part of the same group. Two are down near the bottom left corner and are very obvious reddish S0 type galaxies, the brightest two in the field besides Arp 52. The third is near the top of the frame a bit right of Arp 52 and below the brightest star in the area. It too appears to be a spiral but far more blue than the other two at the lower left and smaller as well. While I mention the lower two as looking like S0 I found no classification for any galaxy in this image, Arp 52 included.

Due to extreme cold, the set screws that hold the camera on the scope had contracted enough to allow the camera to tilt some. Due to the way it mounts to the scope it can\'t fall off when this happens but it can and did tilt. This meant the left and right edges of the frame were very blurred so I cropped them out. This is why the image is narrower than normal. It is still at my standard 1\" per pixel. The left side was further out of focus than the right but I cropped it evenly to leave Arp 52 in the center. So you will see the stars on the left side are rather fuzzy due to this problem, especially in the upper left corner. 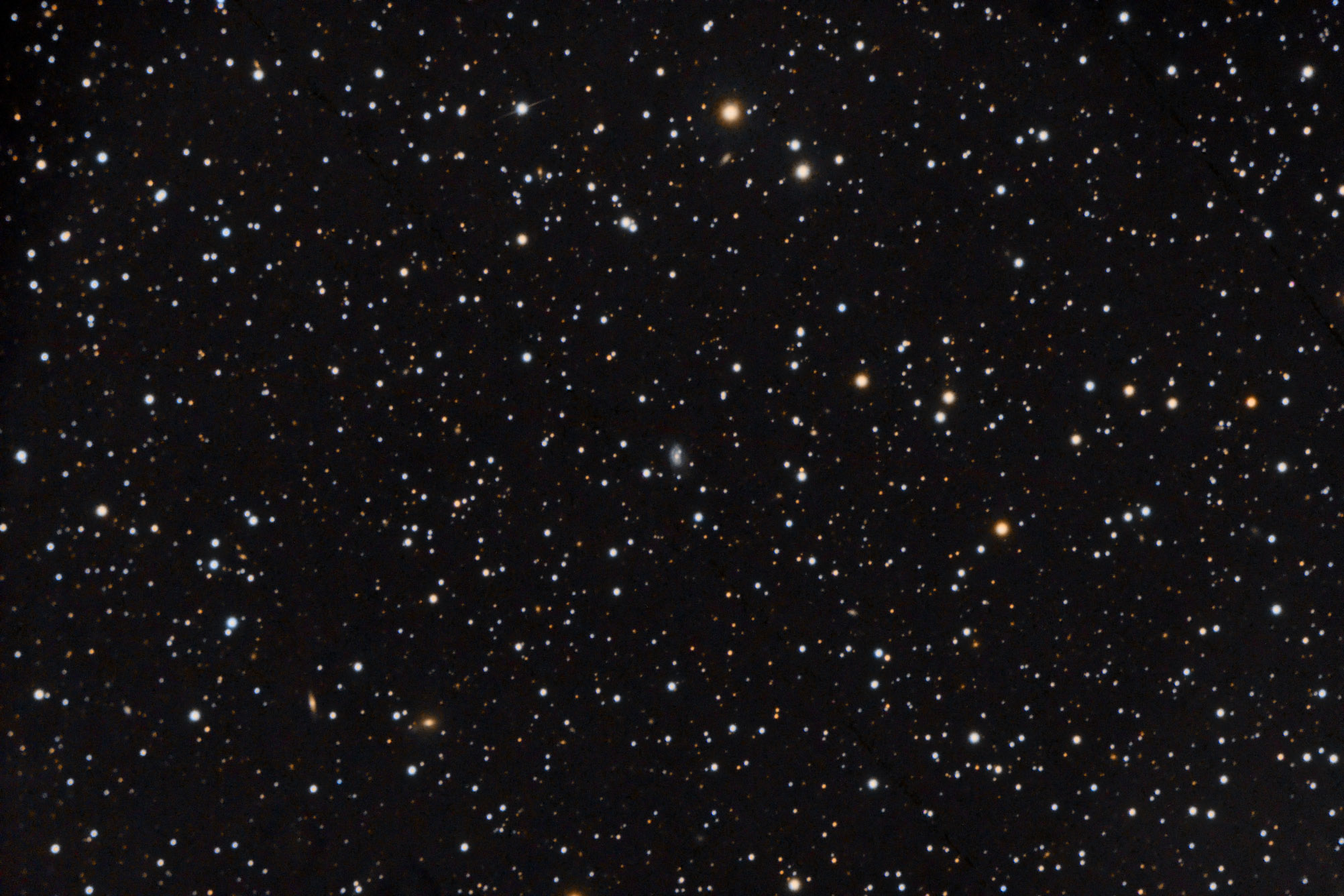 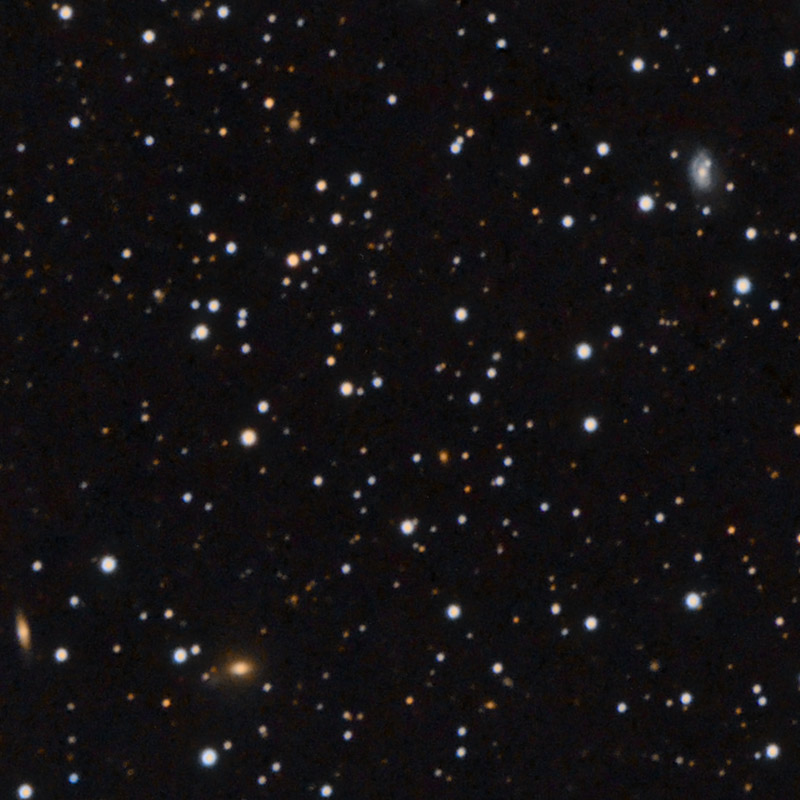