Arp 61/UGC 3104 falls under Arp\'s category for spiral galaxies with high contrast companions on an arm. It is located in the constellation of Eridanus. While redshift puts the main galaxy at about 440 million light-years there\'s no redshift measurement for the companion that I could find. So there\'s no way to tell for sure that it a companion though it appears likely. Many other galaxies in the image have approximately the same redshift. All are labeled with the catalog name and distance indicated by the redshift in the annotated image. If they are all members of the same group, as appears likely, most of the distance differences are likely due to motions of the various galaxy as they orbit around the group\'s center of gravity. The apparently nearby MCG +00-12-053 has no redshift data I could find. I assume it is part of the group. UGC 3105 to the east appears to be the most massive galaxy in the group. Its redshift distance is 400 million light-years. Being so massive it likely is rather near the core distance of the group. It is classed as S0-. Arp 61 is Sa.

The nasty star in the lower right corner is 51 Eridani at magnitude 5.2.

This is a retake as the original was awful. Unfortunately, this try wasn\'t any better as to detail but the color data wasn\'t quite as cloud damaged. 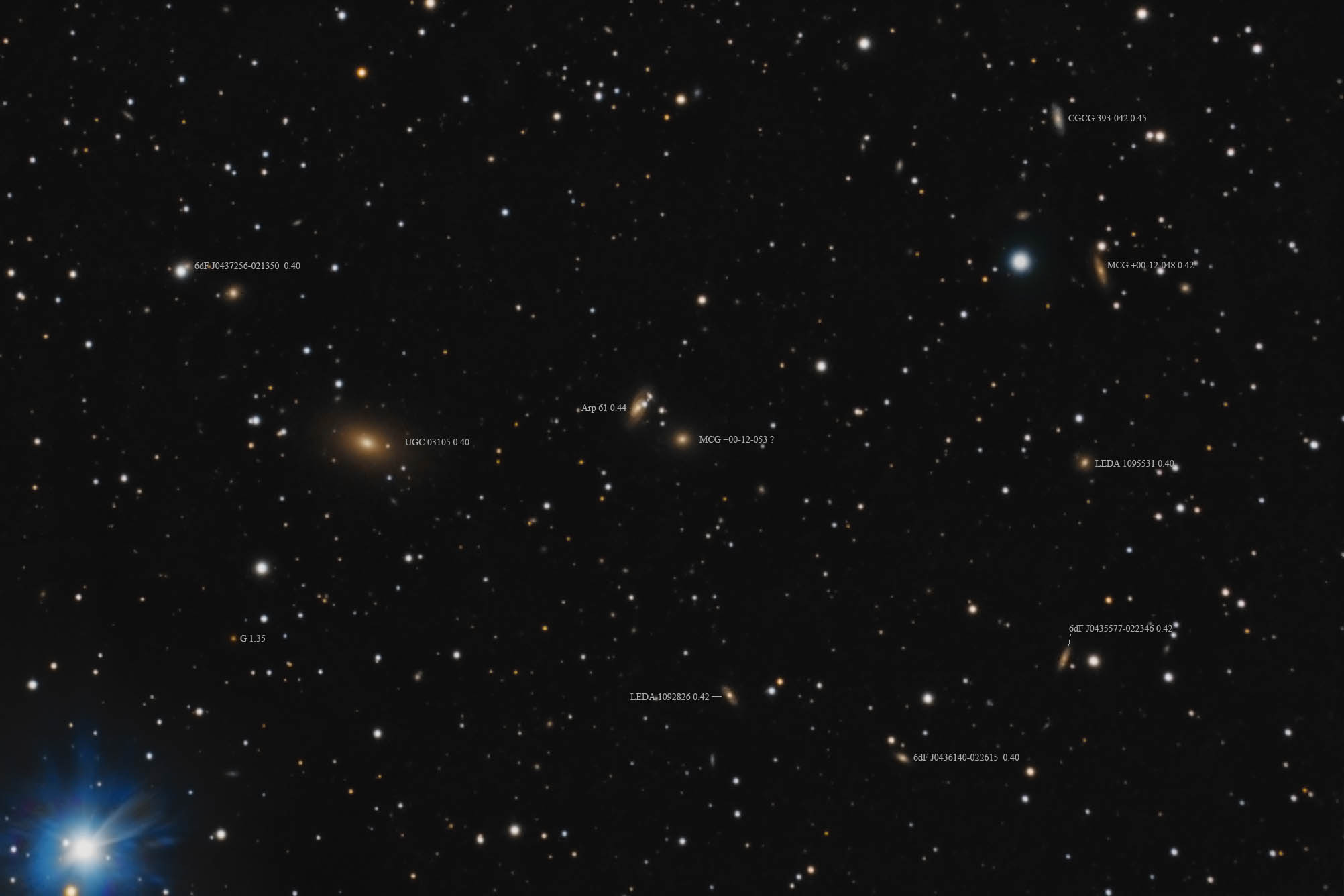 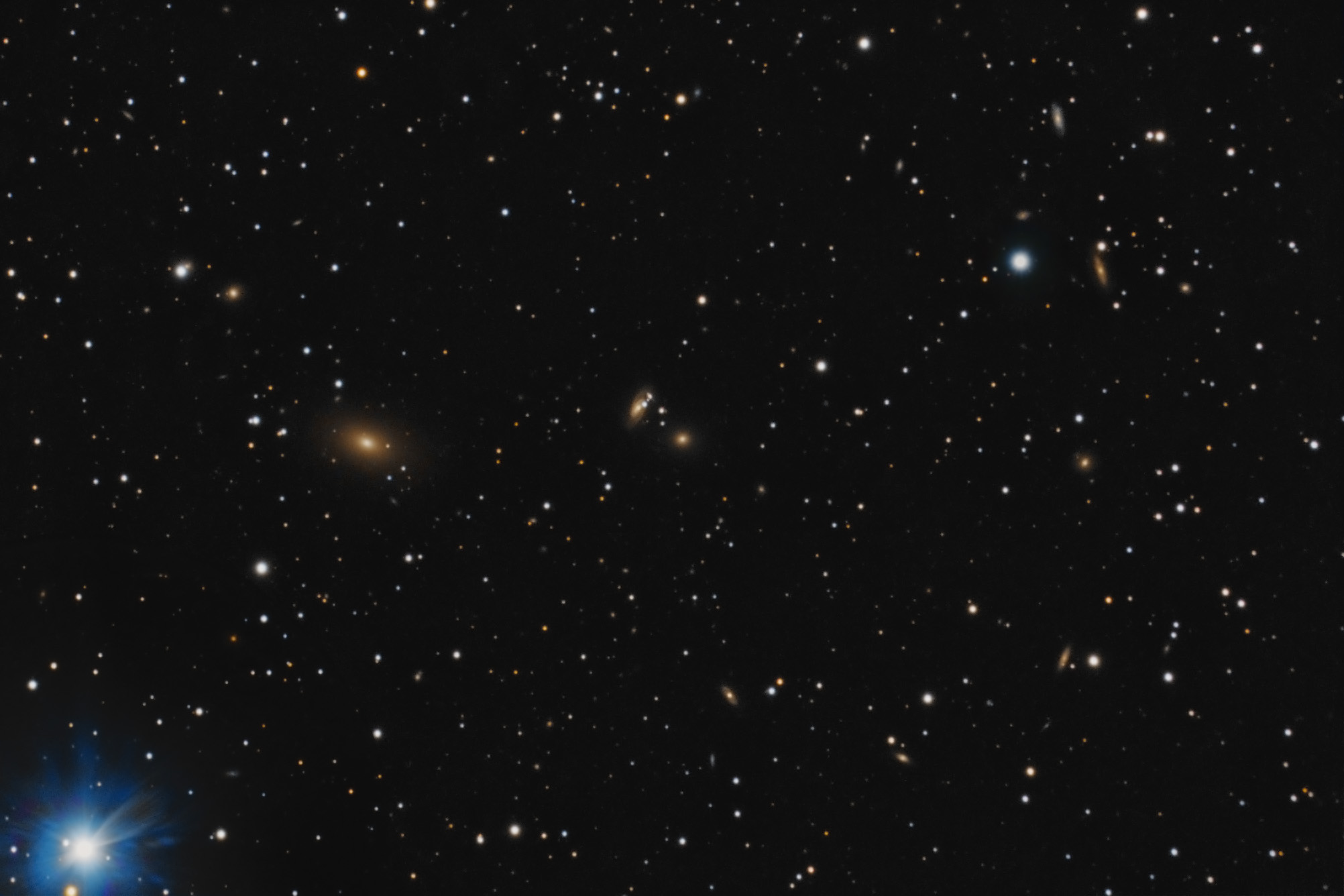