Arp 70, a pair of interacting galaxies, is in northeastern Pisces about 2 degrees due west of M33. It is about 460 million light-years from earth. Arp put it in his category of spirals with small, high surface brightness companions on arms. There does seem to be a very faint stream of stars coming from the southern, cut-off arm over to the companion galaxy. Though in Arp\'s image it is difficult to see. It\'s easier to see a connection from the northern arm down to the companion in Arp\'s image. There does appear to be a broad band of stars running from the main spiral to the companion coming from the entire western side of the galaxy and going beyond the companion a little ways, if a few thousand light-years can be considered a \"little ways\".

The main galaxy is UGC 934. It has other designations such as PGC 5085. NED classes it as S? The companion is LEDA 212740 among other designations. NED makes no attempt to classify it. While it appears to be related to UGC 934 NED has no redshift or other distance data so this is possibly an illusion though most see it as a true interacting companion.

NED has no redshift data on any galaxies in the field except UGC 934. Only a dozen or so other galaxies are even identified, all from the 2MASS survey of IR galaxies. The Sloan SR8 Survey has been released but not included as yet. The Sloan image of Arp 70 from this data release comes the closest to my colors of any I\'ve seen so far. Stars are different however. Arp 70 must not have much IR or UV emission for this to happen.

There is one asteroid in the image. It is (255475) 2005 YN165 at an estimated magnitude of 19.7. To find it look near the top of the image directly above Arp 70 to the right of the brightest blue star in the frame and a fainter one. The trail goes up at a rather steep angle and yes the asteroid was moving upward in retrograde motion when this was taken.

The stars in Arp\'s image are rather elongated. I\'ve seen this when he was capturing two Arp\'s on one film plate and was pushing the limits of the Winn Corrector that corrects for coma and flattens the field. But there\'s no other Arp\'s in the area. The nearest is over 2 degrees to the north, far beyond the field of the 200\". Maybe there was something else that interested him but didn\'t make the catalog. BTW, his exposure was 30 minutes on 103a-D emulsion for this one. 103a-D is most sensitive to yellow-green light. I used 40 minutes for the luminance data with a telescope that gathers only 0.5% the photons. Yes, CCD\'s are more sensitive than film--a lot more sensitive. 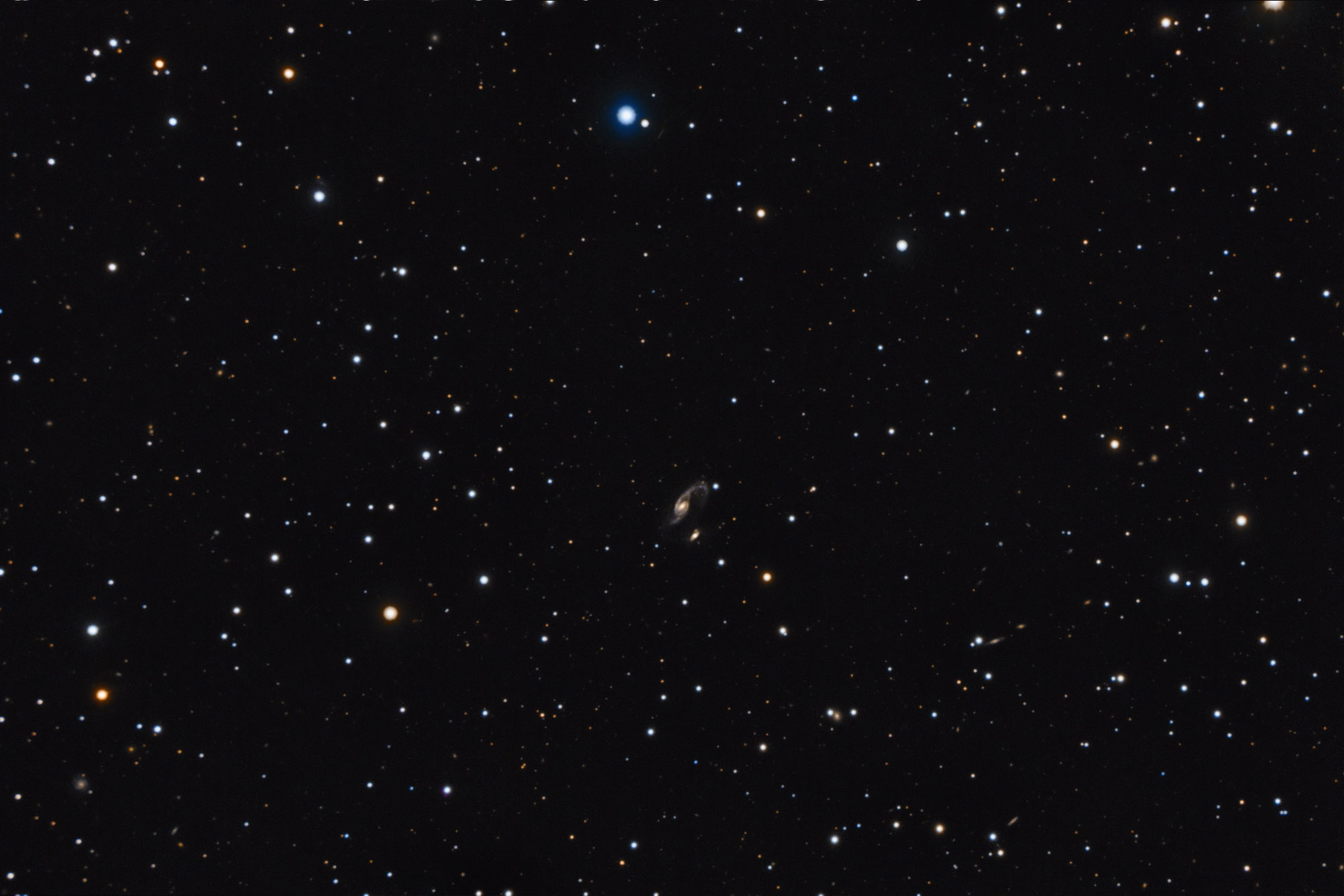 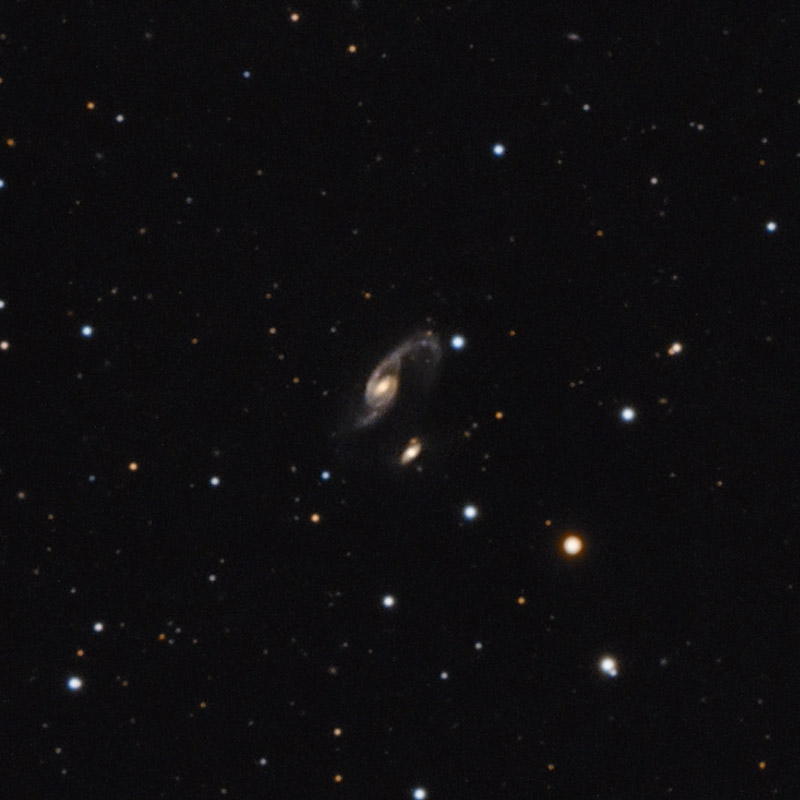