Arp 81 is NGC 6621 and NGC 6622. Arp put it in his category of spirals with large, high surface brightness companions. While many he considered companions are now known just to be line of sight galaxies that are unrelated. That\'s not the case here. This pair is located in Draco about 280 million light-years distant. The small southern galaxy is NGC 6621. It is classified as Sa by NED, Sbc by the NGC project and (R)SBa? pec by Seligman. It is thought to be orbiting NGC 6622 and has dawn out the large plume running around NGC 6622. It was discovered by Lewis Swift on June 2, 1885.

Note that more than a couple sources claim NGC 6622 is the southern rather than northern galaxy. Dreyer noted however it was the northern one. Why this puts them out of Right Ascension order I don\'t know but this isn\'t the only pair with this issue.

NGC 6622 is the large galaxy with the huge plume drawn out by NGC 6621. It is classed as Sb: pec HII;LIRG by NED, Sb/P by the NGC Project and Sb? pec by Seligman. It was discovered by Edward Swift the same night as his father is said to have found NGC 6621. Did dad let son have credit for this one? Edward was only 14 at the time. Edward is credited with finding 25 NGC objects and 23 IC objects. All were when he was 13 to 20 years of age. Why nothing after that?

The Hubble Space Telescope has studied this pair. Rather than retype it here\'s the link: http://www.astr.ua.edu/gifimages/ngc6621.html . For those wanting a deeper discussion see: http://arxiv.org/PS_cache/astro-ph/pdf/0309/0309674v1.pdf . 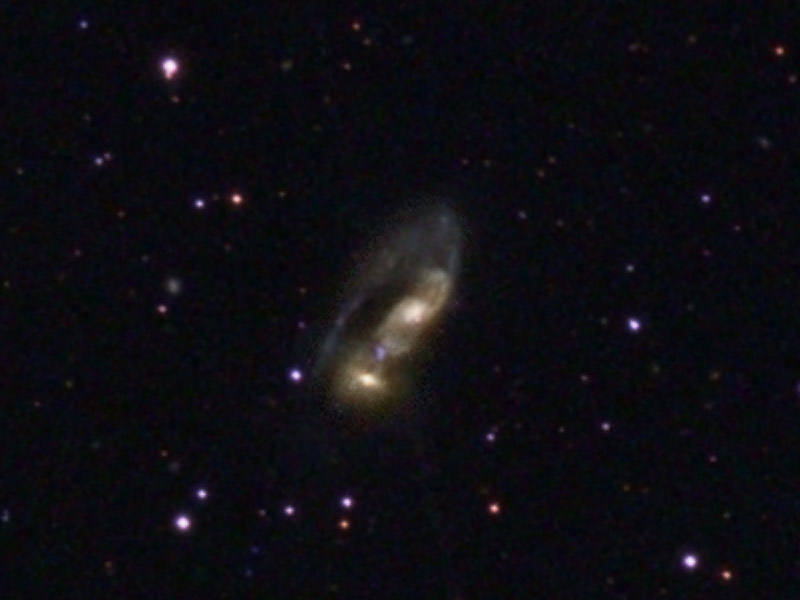 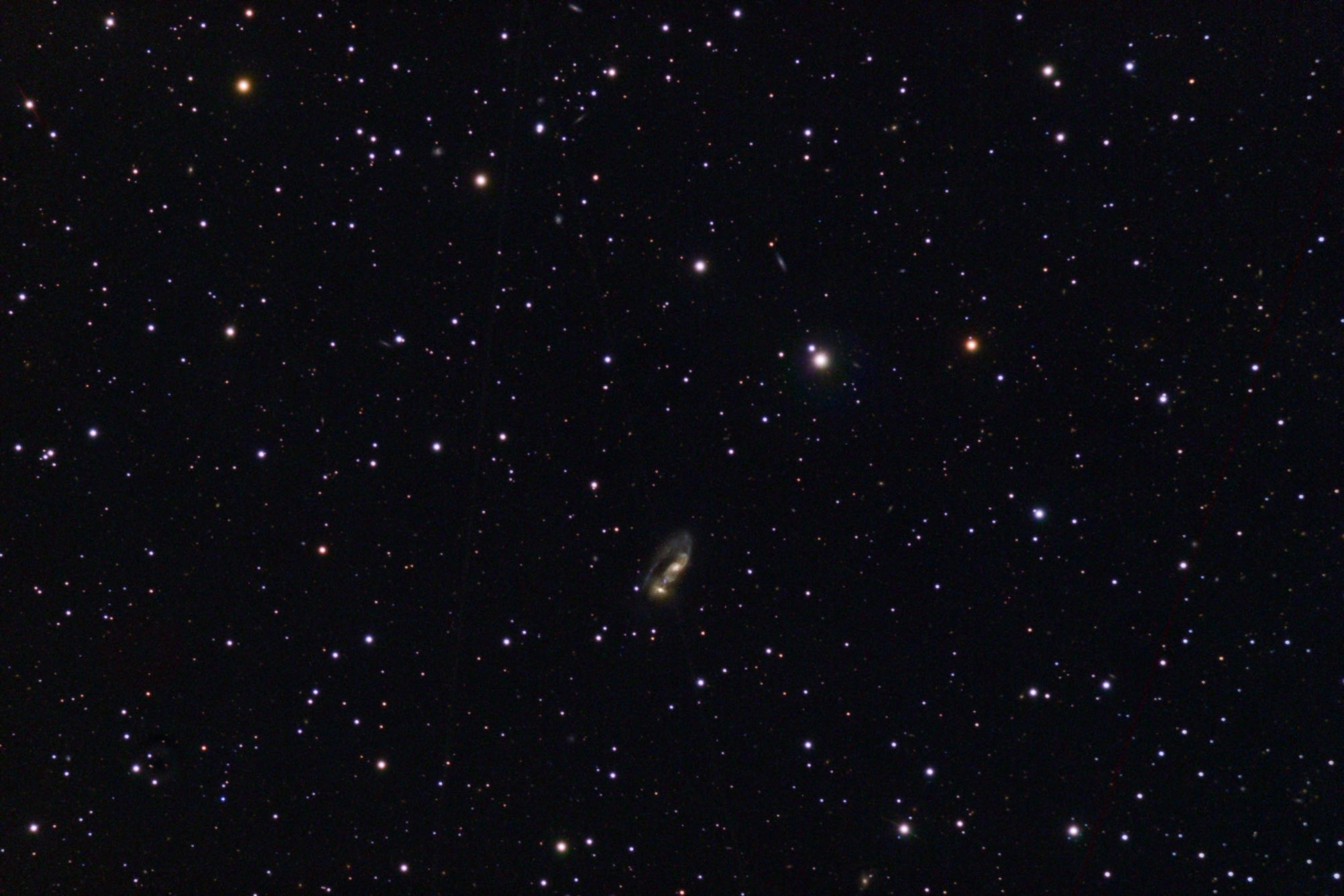 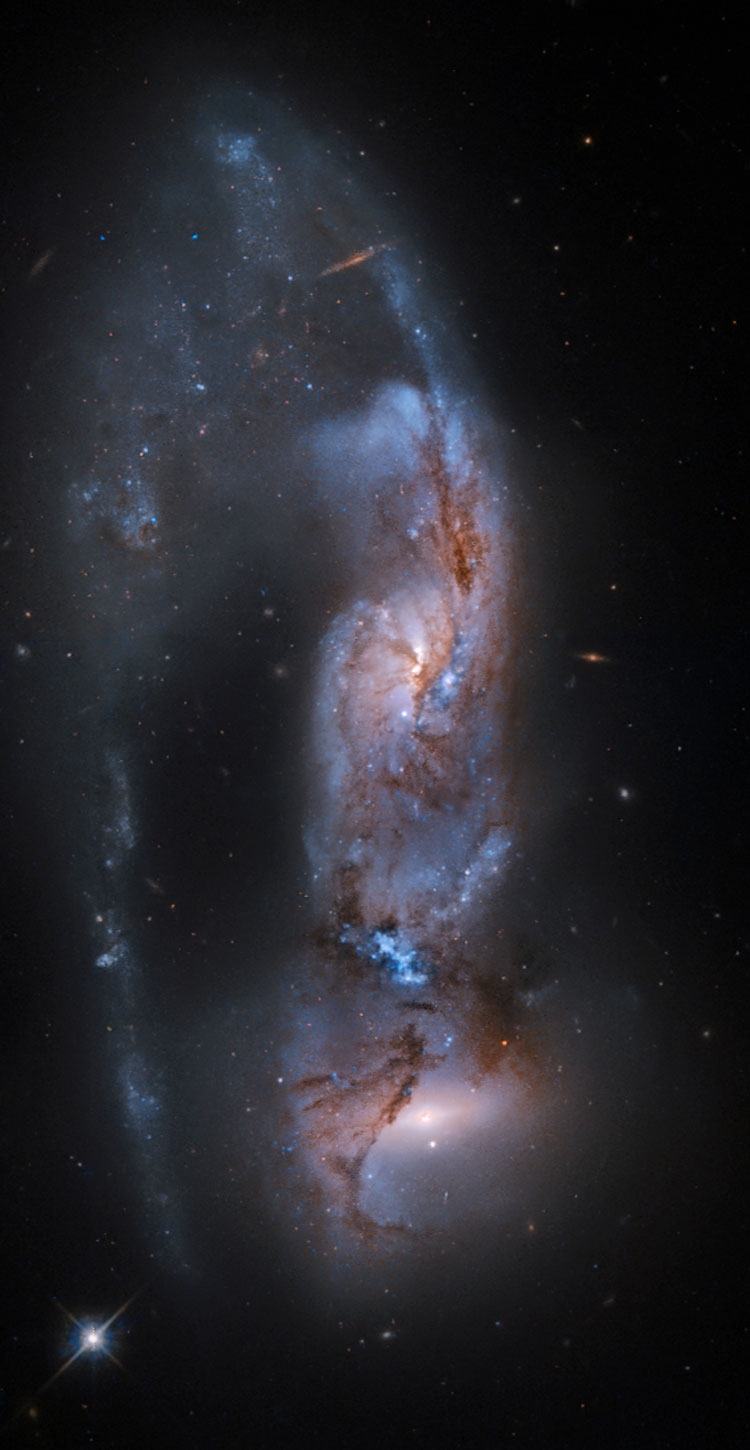