Arp 82 consists of two NGC galaxies. NGC 2535 is the big galaxy, NGC 2536 the small companion. NED and Seligman classify 2535 as SA(r)c pec while the NGC Project simplifies it to Sc pec. NED and Seligman classify 2536 as SB(rs)c pec while the NGC Project says simply Sbc pec. Both are about 200 million light-years distant. The (r) indicates a ring structure. Note the arms come off the ring in both cases not and not the cores of the galaxies. Both were discovered by Édouard Stephan on January 22, 1877. Arp put them in his category for spirals with large, high surface brightness companions. In this case, it appears that he got it right.

Both galaxies were discovered by Édouard Stephan on January 22, 1877.

See the annotated image for information on other galaxies and quasars (Q) in the image. If NED shows only a position for a name of a galaxy I\'ve used G rather than the long position name to keep label clutter to a minimum. 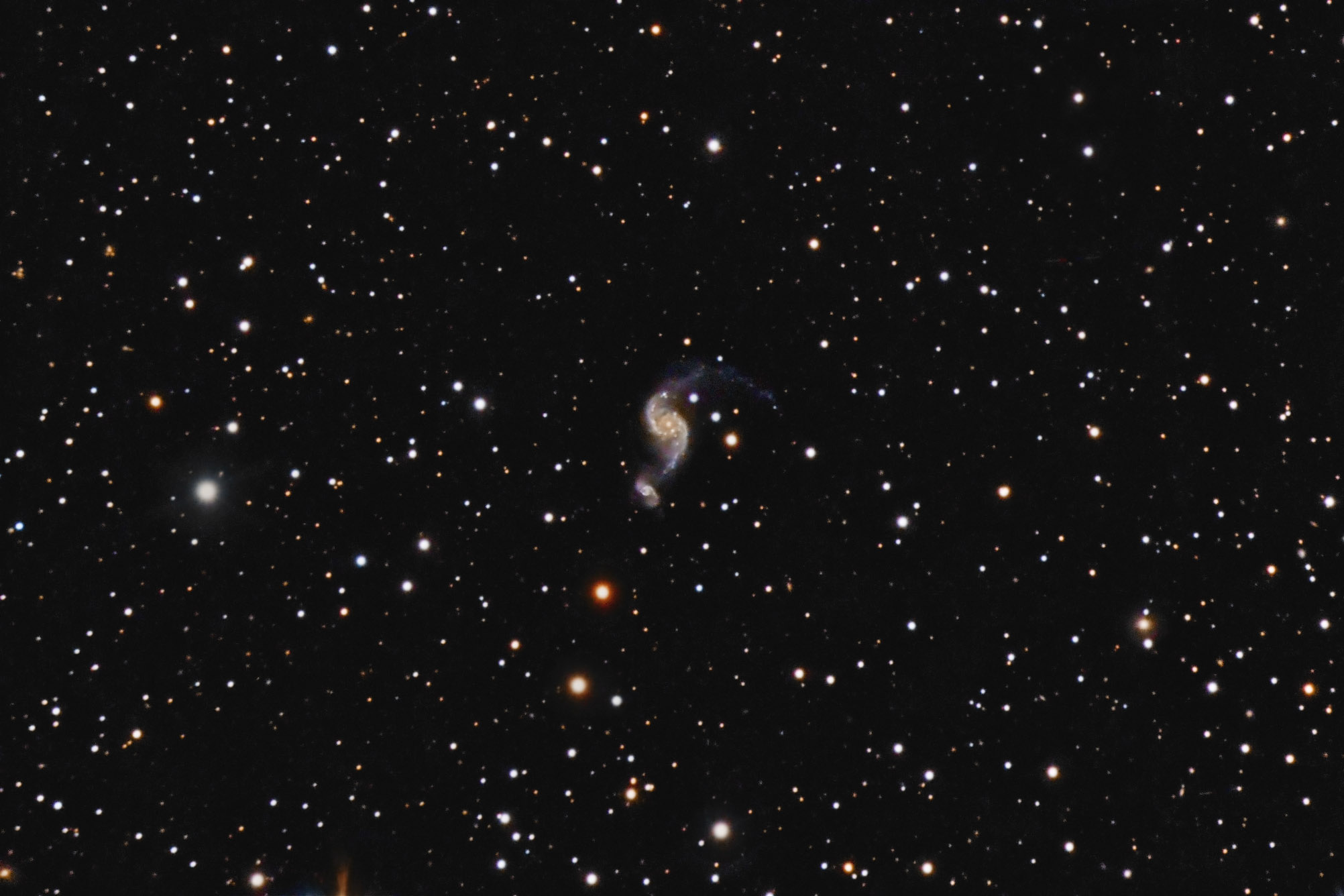 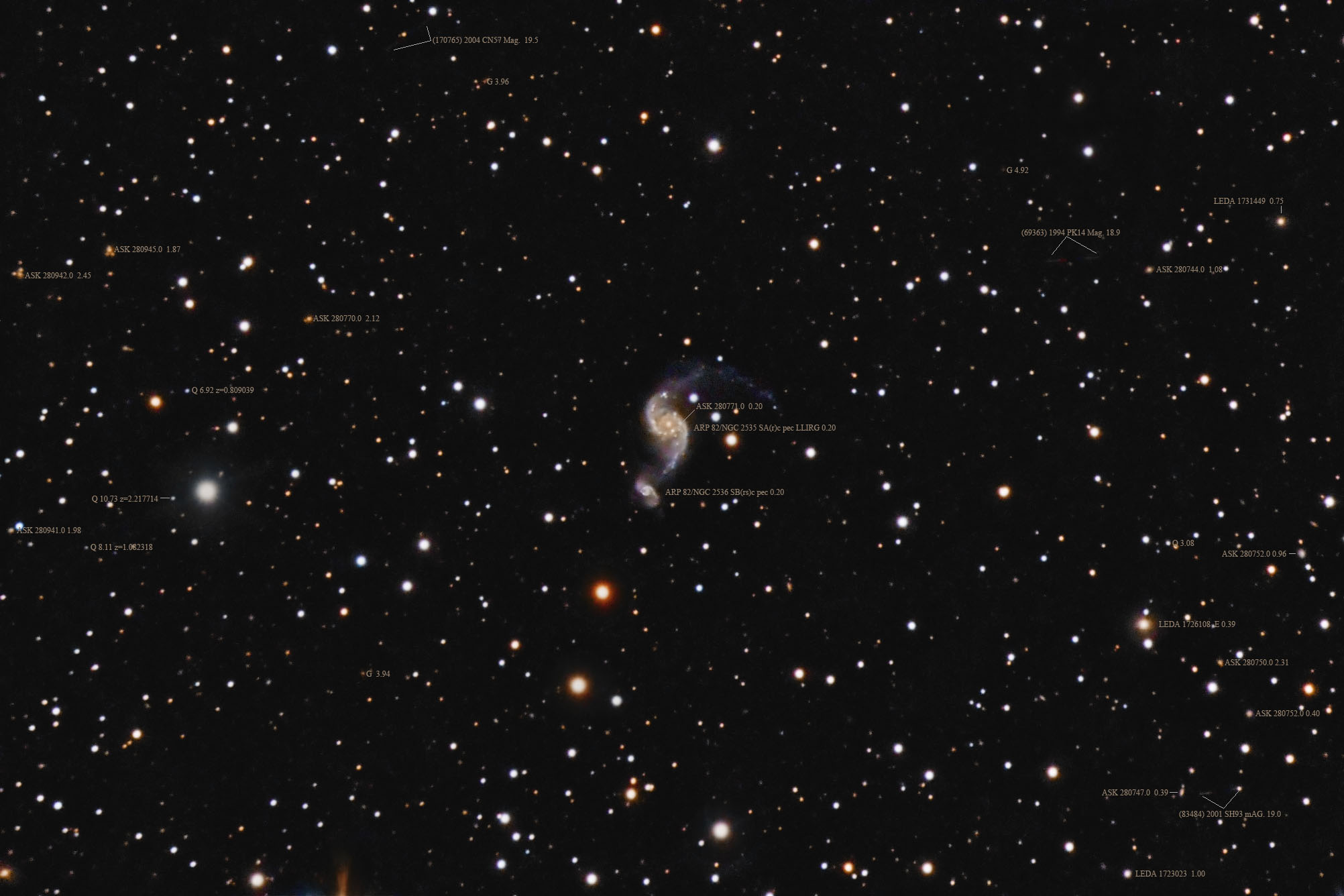