This is Arp 84/NGC 5394-5. Arp 263 looks like a loon. This one looks like a blue heron eating a fish. Both are commonly seen on the lake I live on. Herons however make a nasty mess on my dock! The body is NGC 5395, the neck and head NGC 5394 and the \"fish\" in its beak is SDSS J123826.24+372708.7. Blue herons have a crest that normally lays back across the head and down the neck. Even that shows in this galaxy trio. Actually, the fish is unrelated to the other two and is not part of the Arp designation. The two galaxies making up the blue heron are a bit over 160 million light-years from us while the fish is a bit over 650 million light-years away. Heron\'s may have a long bill but not that long! Arp classifies this one under \"galaxies with bright companions\". The interaction has really drawn out the spiral arms of NGC 5394 to make the neck and head. While arms have been ripped off of NGC 5395 helping to shape the body. Notice how the blue arm connecting to the \"neck\" shows no connection to the rest of NGC 5395 and in fact seems to get wider when it should get narrower. Also, the arm at the top going to the left comes out of nowhere and again isn\'t connected to the galaxy. Obviously, a lot of interaction is going on here. Both were discovered by William Herschel on May 16, 1787 but aren\'t in either of the Herschel 400 observing programs. 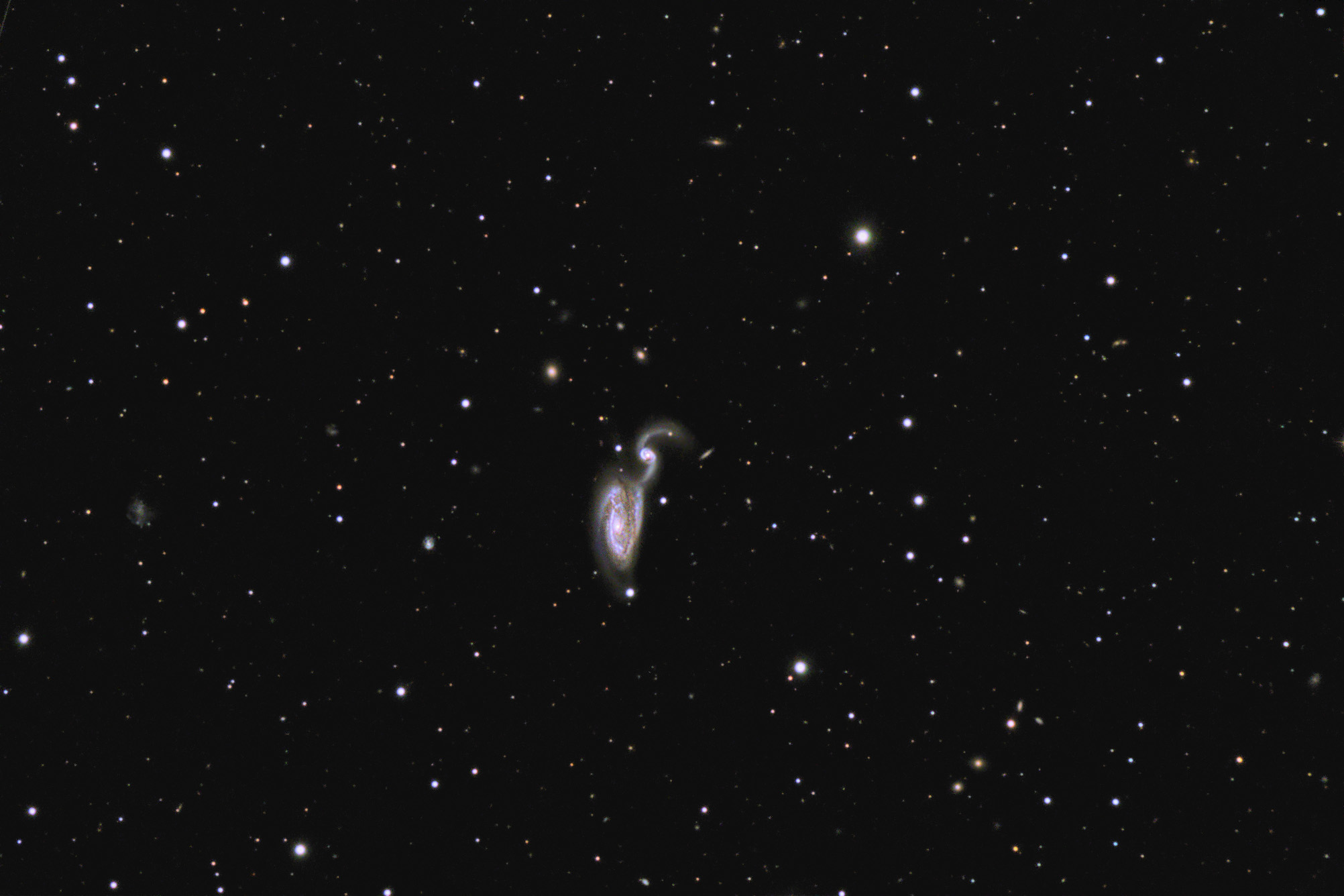