Arp 95 is a triple galaxy system located in Bootes about 425 million light-years from us. Arp put these under Galaxies with companions on arms: Elliptical galaxy companions. By this. the lower one to the right isn\'t included. Still many consider it part of Arp 95. It is IC 4461. The larger or the two Arp refers to is IC 4462. Both were discovered by Stephane Javelle on June 22, 1895. IC 4461 is not classed at NED. Seligman says it is SBc?. Its redshift puts it twice as distant as the two true members of Arp 94. The elliptical has the same redshift as the big spiral so certainly is a member of the group 860 million light-years while the other two are at 420 million light-years.

The two true members of Arp 95 are IC 4462 a SBb starburst galaxy and PGC 52123 an elliptical galaxy. My image may show a faint hint of a connection between the two. The only other hint of distortion is that there appears to be a weak tidal plume off the northwestern arm of the spiral, opposite the elliptical. Was it caused by the companions? I found nothing to help answer this. Arp\'s comment reads: \"Star-like condensation in spiral. Connection to E galaxy inferred, not seen.\" The \"star-like condensation\" turns out to be just that, a foreground star. At least the SDSS lists it as a star and it appears to be a star in the Sloan image. While enlarged by seeing in my image it shows the typical PSF (point spread function) of a star rather than a star cloud or galaxy so I agree with the Sloan image. It is quite obvious in my image to the upper right of the galaxy\'s core.

Some sources consider the elliptical IC 4462 and the big spiral IC 4461. Looking at Javelle\'s positions (not quite correct but likely consistent as to their error since they were made at the same time) I go with IC 4462 being the spiral Arp refers to and 4461 being the spiral to the southwest. Here\'s a link showing Javelle\'s positions precessed to 2000 coordinates http://cseligman.com/text/atlas/j1326.1327.jpg . Webb and Kanipe identify the galaxies with the two northern galaxies being the IC entries. Dennis Webb has told me such mix-ups were common. Determining who was right was often impossible but trying to be as accurate as possible delayed the book by a year or more.

There is little on the rest of the field. The galaxy to the left in the enlarged, cropped image is MAPS-NGP O_326_3139474. This plate measurement catalog is the only entry in NED for this rather major galaxy compared to most of the field. NED shows no entry for it in the SDSS or any other catalog. Though the SDSS does list the star to its northwest. Having nothing more than what the automated plate measurement comes up with there is no distance estimate for it or any other galaxy in the field. This is really a dead zone as far as information goes.

When taking this, one red frame was lost to clouds so I retook it after the clouds cleared and the other color frames were shot. Or I tried to. Somehow I told the software to take a blue frame rather than red and didn\'t catch it until now. So this one has one red, two green and 3 blue frames thanks to my error. This did make getting decent red in the image difficult and likely explains why the elliptical is more white than yellow-orange of a typical elliptical. Though on the SDSS image it is a much paler color than usual for ellipticals using their 7 color scheme that includes three near-infrared channels that turns most ellipticals far redder than they really are. So my color may not be as red deficient as it appears. Another for the retake list, however. 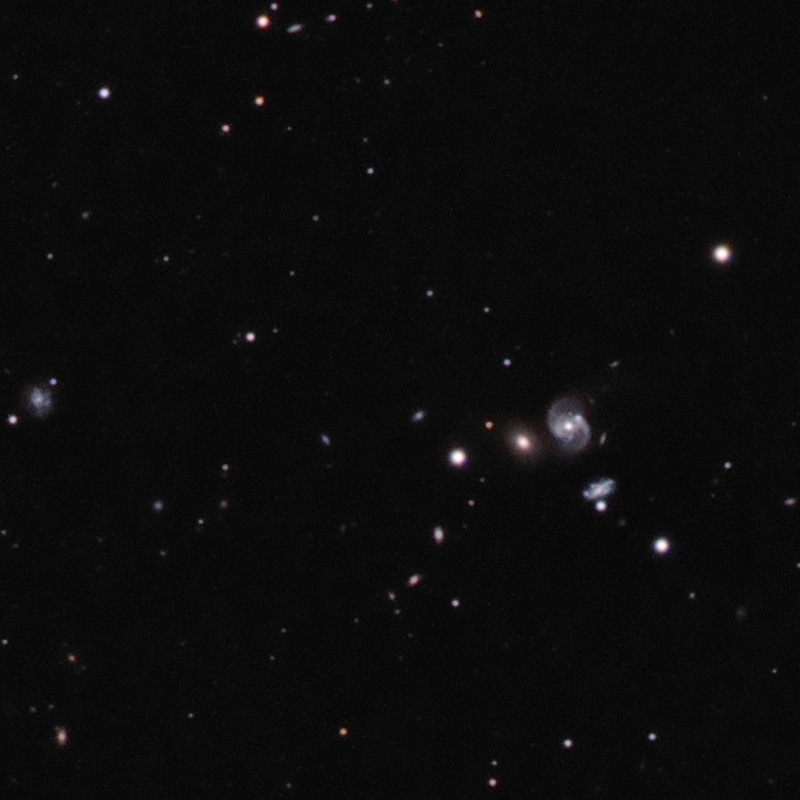 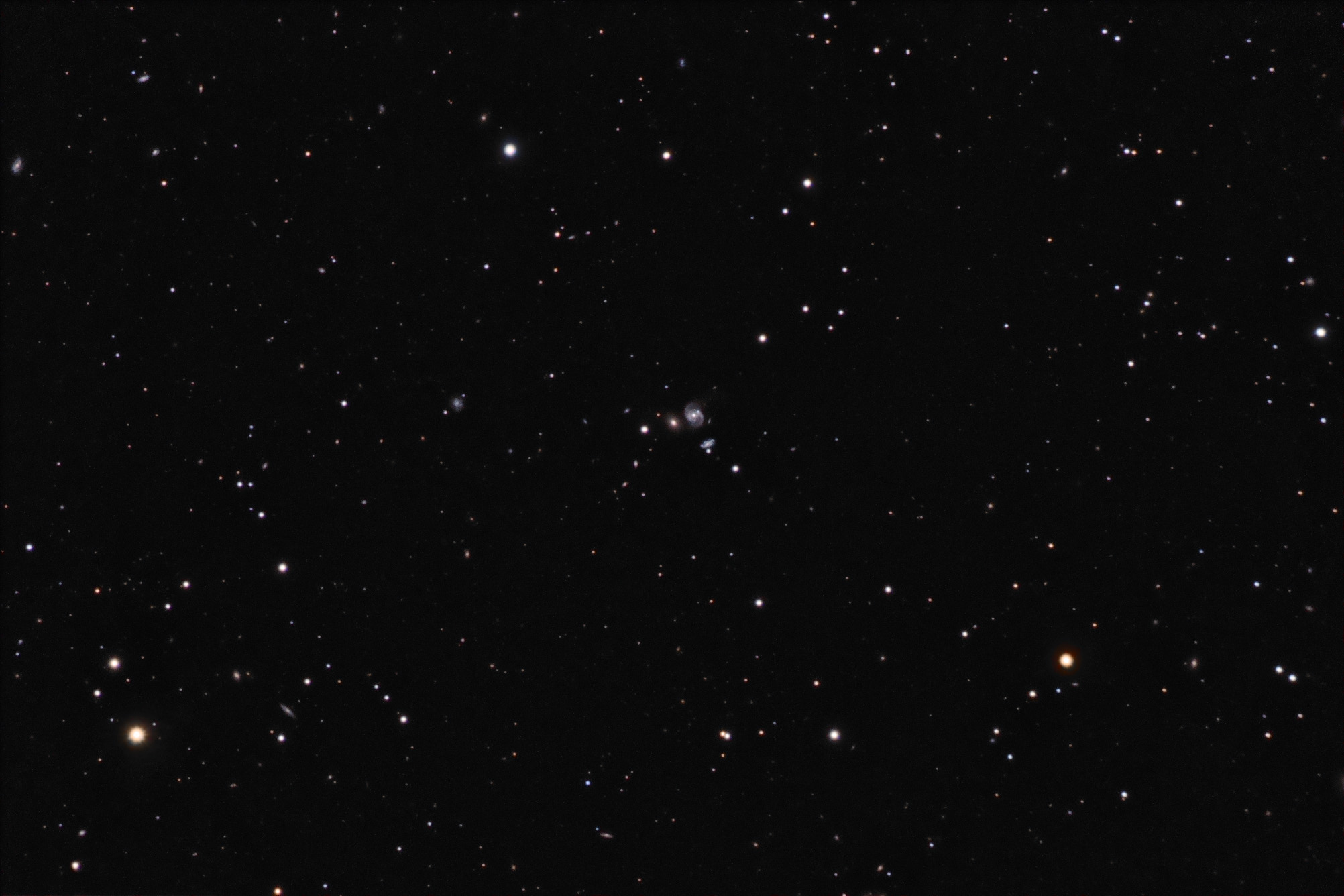