Arp 98 is a pair of interacting galaxies. Arp classed them under \"Spiral galaxy with companion on arms: Elliptical galaxy companions.\" The spiral is PGC 5715 and is classed as Sbc at NED with a red shift distance of a bit less than 550 million light years. Seligman classifies it as Sbc? pec. One paper says \"The \'bridge\' has no relation to the normal spiral arms which are bound more tightly.\" I assume that refers to the bright tiny arms just visible in my shot. Still the bridge does appear to come off of one same as the opposite tidal arm comes off the other one. The elliptical galaxy is PGC 5714 and is called a red, spherical compact galaxy with halo. Seligman classifies it as E/S0. It has a red shift distance of a bit more than 550 million light years. The difference is likely due to gravitational interaction between the two. The spiral seems to have a small bright spiral then huge distorted spiral arms likely due to interaction with PGC 5714. I measure the extent of these arms as being nearly 170,000 light-years turning what would have been a small galaxy into an apparently large one though I suspect its mass is much less than the slightly smaller PGC 5714 which I measure as being about 140,000 light-years across.

At the far upper left is PGC 5484 at the same distance as PGC 5715 so a member of the group. It is classed simply as a spiral galaxy. Directly west (right) of Arp 98 is 2MASXi J0131394+320601 ID a galaxy bright in infrared light. Like all other galaxies in the image, I can find no data on it. Arp 98 is located in the constellation of Triangulum just north of the far more famous Triangulum Galaxy, M33.

I\'d not made an annotated image but there is one faint asteroid in the image. I enhanced it on the annotated image as my processing from 2009 was so poor I nearly deleted it. 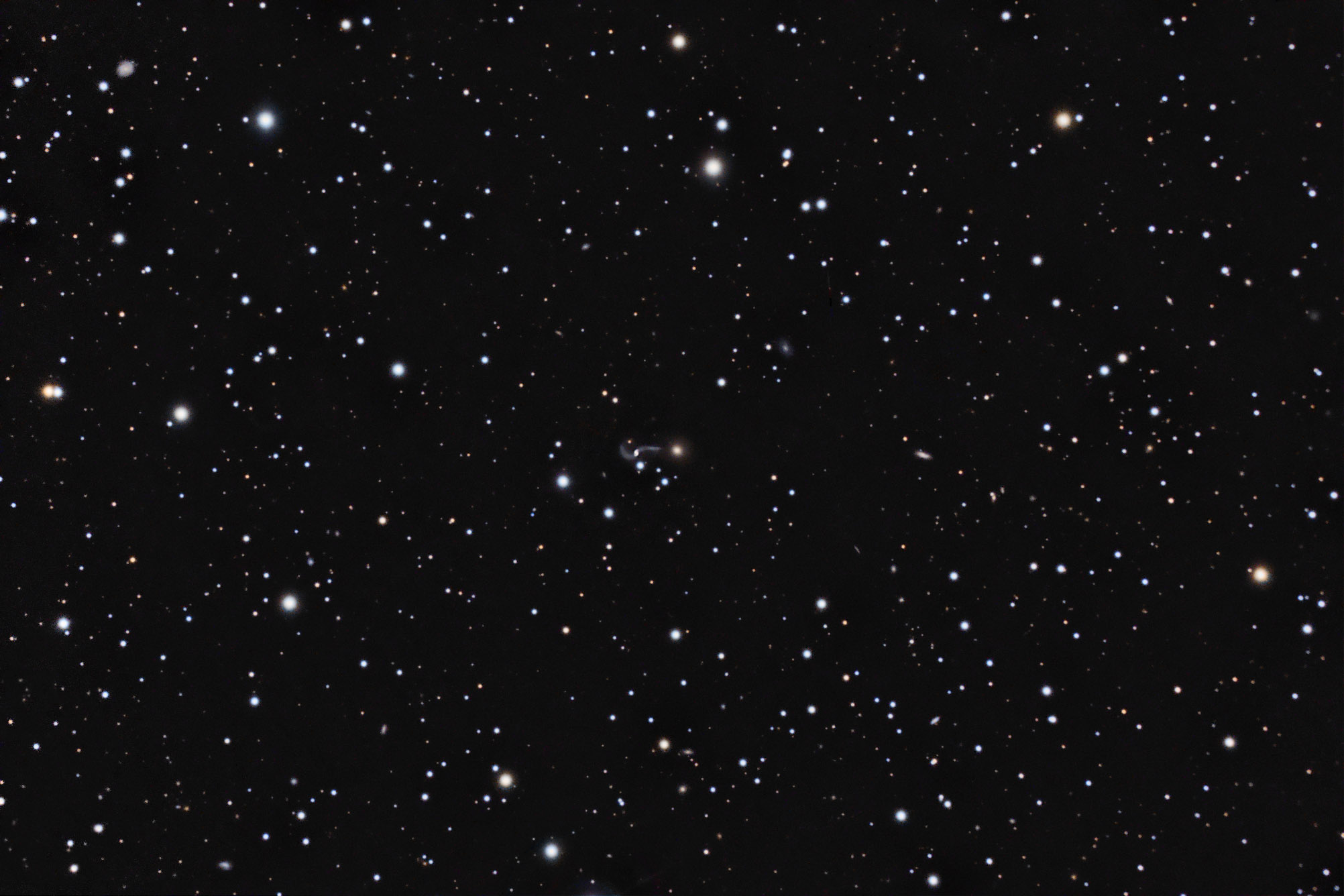 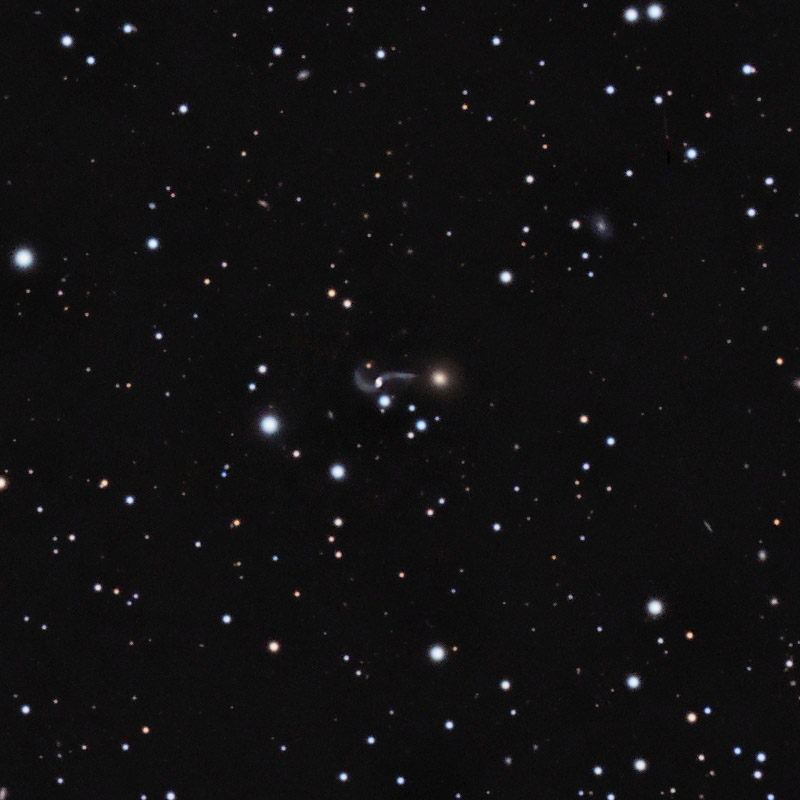 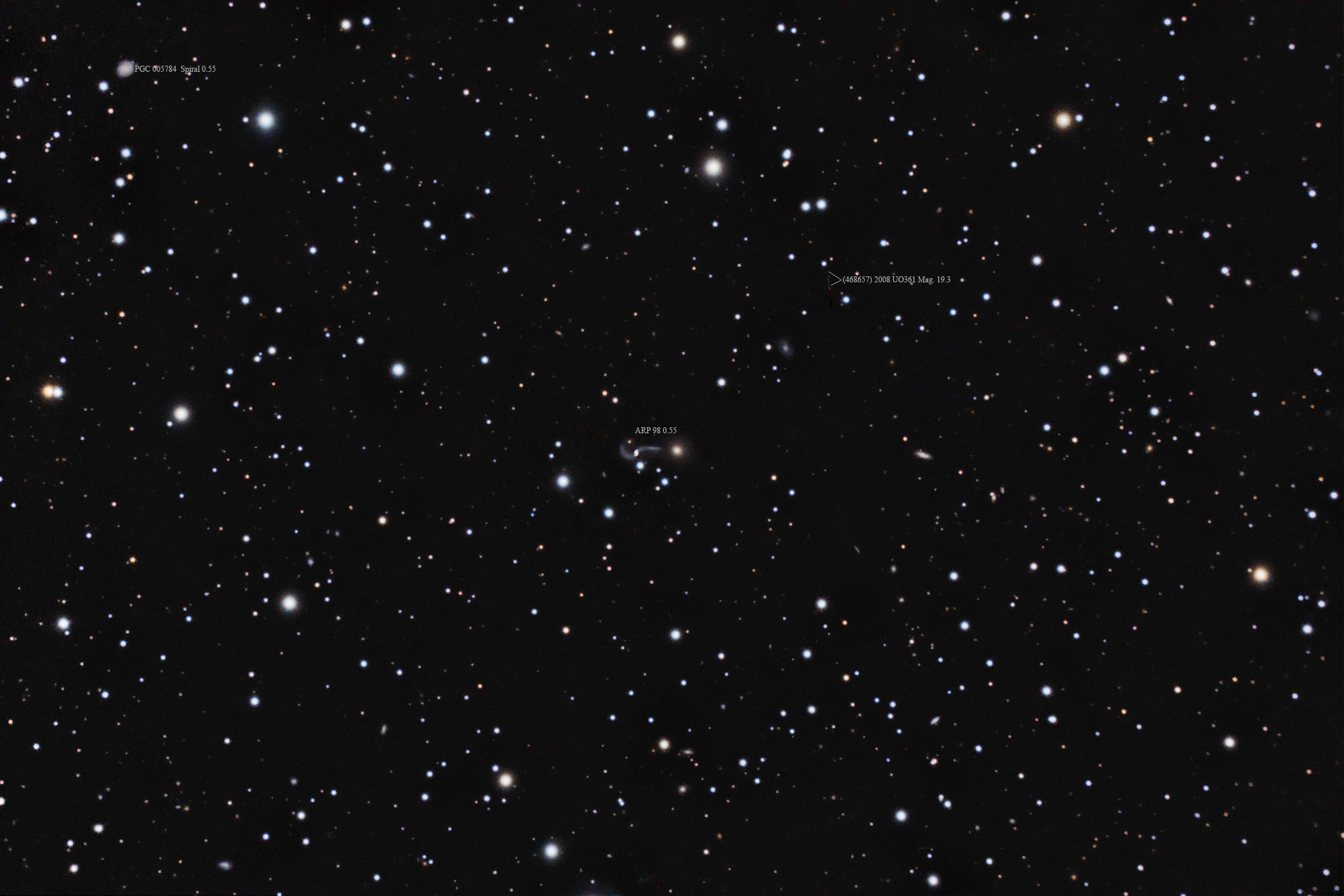