Arp 102 is also known as Zwicky\'s Connected Galaxies, not to be confused with Arp 103 known as Zwicky\'s Connected Multiple System. This one was difficult to research. I found little on the galaxies involved and some catalogs have the position of one or more wrong. Few other galaxies in the field are cataloged and again when they were I found their positions often in error apparently due to incorrect precession calculation as ALADIN\'s image overlay was shifted in some areas in the direction of precession motion in this part of the sky. Not only that, NED and SIMBAD sometimes had different coordinates, neither of which were correct. I\'m not sure if we have 2 or 3 galaxies here. The brightening in the southern end of the northern galaxy is listed as a separate galaxy in some catalogs, MCG+8-31-42 for example. It appears it could be a one-armed dwarf spiral. While I never found anything on it, it could be they are a merger in progress with that brightening being the remains of the cannibalized galaxy. This may explain the very large tidal tail to the north. Or it is just a star cloud in the galaxy.

This system is about 327 million light-years distant in northern Hercules. Arp\'s comment: \"Note loop E side of spiral; diffuse, very faint connection to E galaxy.\" The loop is very blue in my image. The last part makes no sense to me. If he is using the spiral as his reference (UGC 10814) then the elliptical that is connected by a very faint tidal arm is southwest not east.

About 6 minutes east and a bit south of UGC 10814 is what appears to be a pair of interacting blue galaxies. The southwest galaxy is LEDA 140772. A second object is listed at NED but with a larger error circle, GALEXASC J171958.88+490054.8 that either refers to both or one but which one? I can\'t tell. I can\'t find anything more on these. A bit below it is a blue star with a tiny anonymous galaxy to its right. Below this is a fairly red galaxy. There\'s a star to its left and a starlike galaxy above this star making a compact triangle. If you precess their coordinates back about 1990 coordinates instead of 2000 you come to the positions in SIMBAD for 1E 1718.6+4902 a Seyfert galaxy and CIG 1719+48. NED lists the Seyfert as MS 1718.6+4902 with a position 20\" south and a bit west but the magnitude and Seyfert classification is correct. Nothing is seen at NED\'s position even though it is listed as magnitude 19.1 which should show easily. If they are the same then it is 2.4 billion light years. Its color is typical of galaxies at that distance. The galaxy to its NE is not in NED. SIMBAD lists it as CIG 1719+48. The numbers designate their RA and Declination but are not accurate enough to settle this position issue. Positions of the two catalogs are different epochs. This is why the northern galaxy appears to be the southern one. It is J2000 while the other appears to be B1950. Dennis Webb tells me issues like this delayed their book on the Arp galaxies by 3 years. I can fully appreciate this!

The largest galaxy besides those in Arp 102 is 2MFGC 13790 which is east of the southern galaxy of Arp 102. It is an obvious edge on spiral. But I have no distance information on it. Above it is a pair of galaxies that may be interacting or just along the same line of sight. Unfortunately, they are anonymous in both NED and SIMBAD. The Sky does say one of them, probably the western one, is PGC 2331580 Unfortunately, this is the case with the rest of the galaxies in the image. Only about 4 are listed with little useful data but for coordinates, all in the 2MASX survey of infrared galaxies.

No Hubble or SDSS image is available. 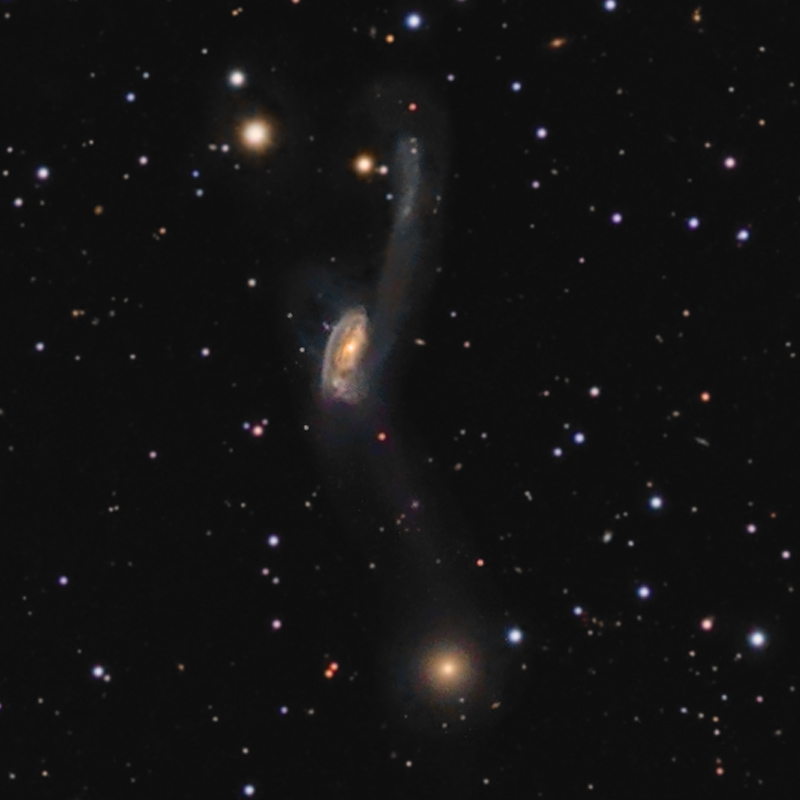 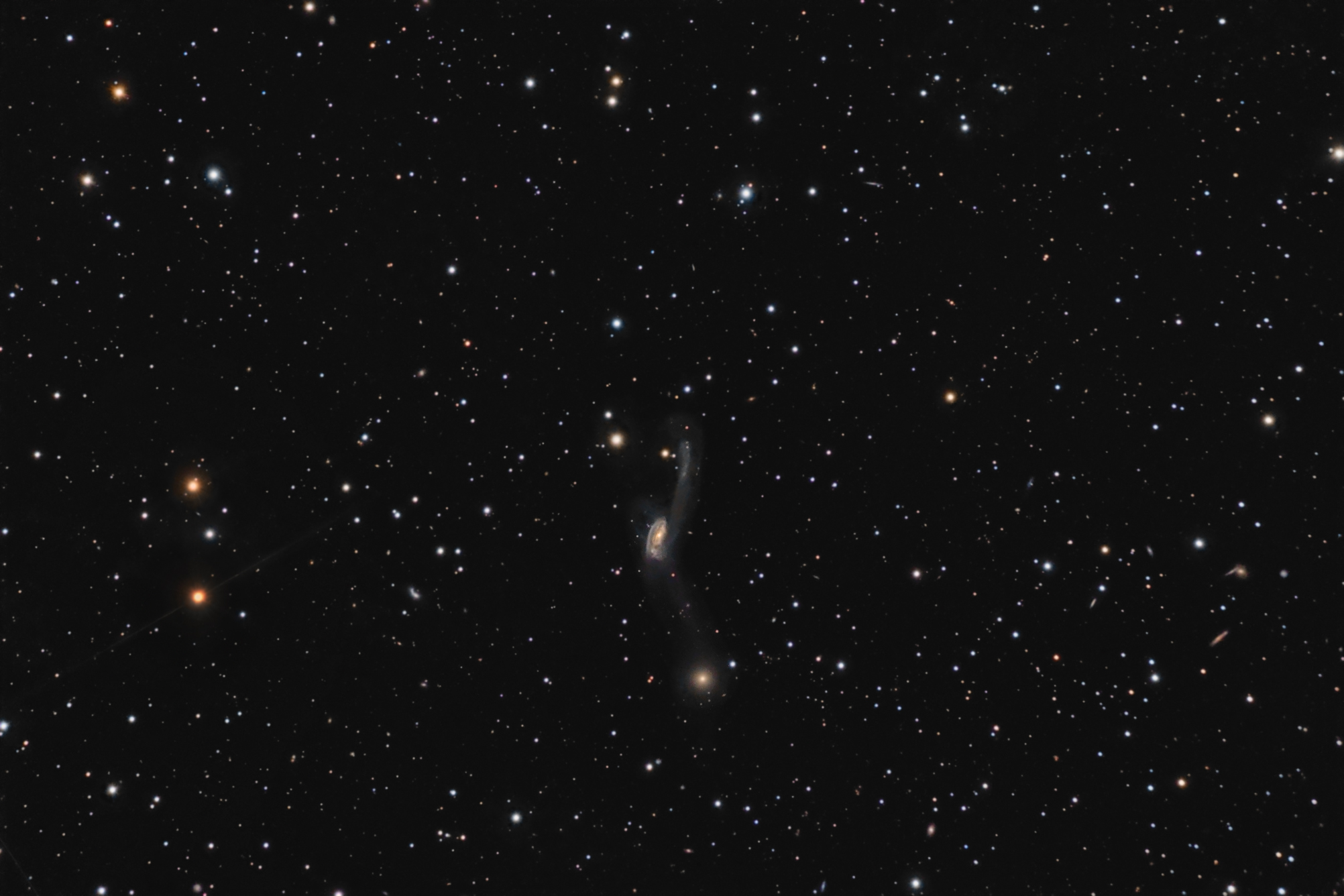