Arp 116 belongs in Arp\'s class for elliptical and elliptical-like galaxies close to and perturbing spirals. In this case, it is M 60 that is the elliptical and NGC 4647 that is the spiral. It is slightly sloshed with the core off center toward M60 as if pulled there by its gravity. Is that really the case? Redshift puts NGC 4647 at about 80 million light-years and M 60 at 66. But non-redshift measurements have a median value of 55 million light-years for both. These are part of the Virgo cluster which is well known to for galaxies having a wide difference in redshift due to the strong gravity well created by so many galaxies in a small area. Redshift is not considered very reliable both because the cluster is rather close (averaging about 60 million light-years) and due to the wide variance of their widely varying speeds unrelated to distance. One study shows that the spiral must be behind M60 since none of its absorption features can be seen against M 60 as would be expected if it were in front. Since M60 has virtually no such features their lack against the spiral is expected even if it is in front of the spiral. How far they are apart is still unknown. With their difference in redshift, any passage by each other would be brief hardly giving time for any interaction to show. While it might distort a spiral arm slightly I doubt it could be the cause of the sloshing of NGC 4647\'s core. But this is only my surmise. It could be that since the side toward M 60 is bright due to being seen through M60 the fainter parts of NGC 4647 are hidden and it really isn\'t sloshed at all.

There are no other major galaxies in the frame. Most of the galaxies lie far beyond the Virgo Cluster or are very small dwarf galaxies. Telling them apart visually is often difficult so I did prepare an annotated image showing red-shift distances. I\'m writing this years after taking this image and I have no idea why Arp 116 is so low in my frame. If centered, NGC 4637 an S0- galaxy, would be visible. Instead only its very northern part ekes into the lower right corner. It was discovered by R. J. Mitchell on March 1, 1854. Also, due to my leaving no notes about taking this one I have no idea why I used only one 10 minute frame for each color.
Arp\'s image: http://ned.ipac.caltech.edu/level5/Arp/Figures/big_arp116.jpeg 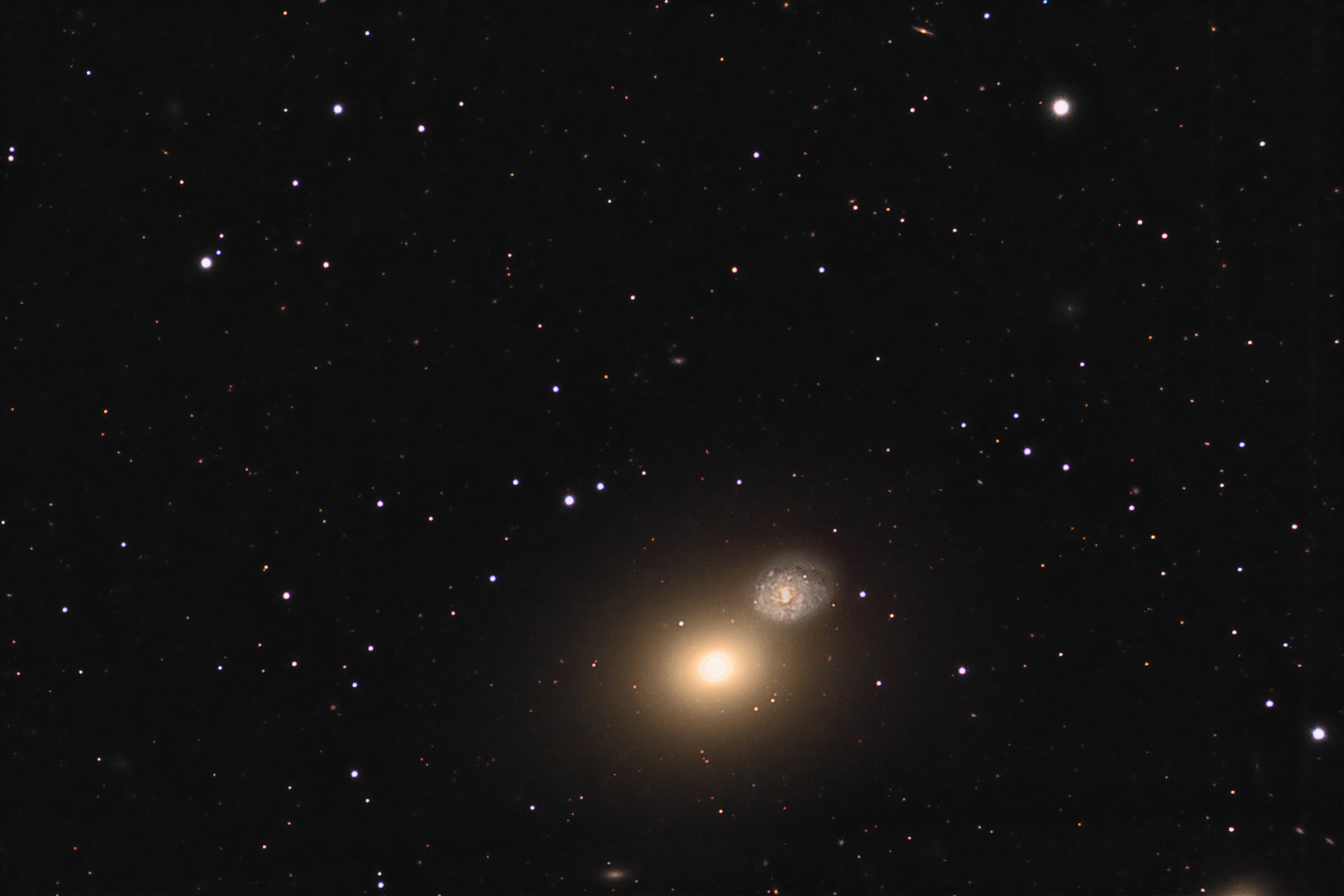 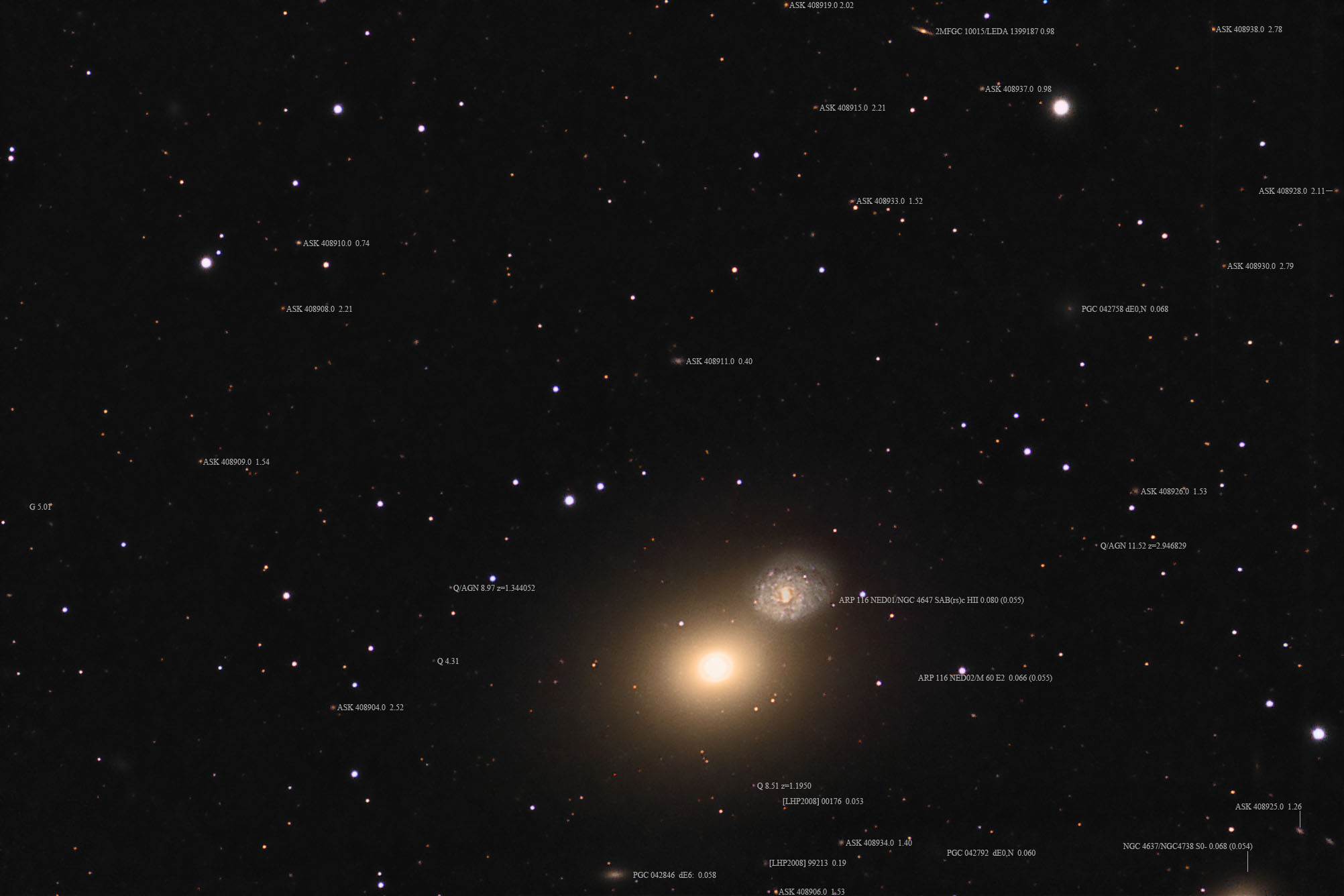