This is a reprocess of an image taken back in 2009. My processing toolkit was limited as was my ability to use what tools I had. So it was time to redo it after I looked at it and got an instant yuck reaction in my stomach. I cheated by starting with a partly processed TIFF luminance image and since the color data looked good but for color balance I used it as I had processed it the first time except to adjust color balance some, mainly to remove airglow that tends to be strong at my latitude. Also, I wasn\'t doing annotated images back then. There was enough else going on I needed to go into that I had skipped in the original post 6 years ago.

This is a two for one Arp image that contains both Arp 79 and Arp 117. Arp 79 is listed by Arp under the category for spiral galaxies with high surface brightness companions. But there\'s no such companion. Arp\'s only comment on the object refers to the two star knots in the southern arm saying; \"Small separation between two knots in arm.\" There is an orange field star in the other arm but I don\'t see how that looks anything like a companion galaxy either. Some have said he is referring to the brightening of the arm where those two star knots are located but since he refers to them and the brightening looks nothing like a companion I can\'t imagine that was his intent. It does have a strange feature, a straight bar of blue stars that appears separate from the galaxy seen below the two star knots. It\'s far from being of high surface brightness but could be considered a companion I suppose. I find nothing on it.

The right of two star knots in the arm is SDSS J141007.08+173647.6 which NED does call a galaxy rather than part of a galaxy but I\'ve seen many such star knots listed this way so I don\'t put a lot of credence into that classification. The other star knot isn\'t listed at NED at all nor is the bar. Seems there\'s lots of mystery to this one. While it looks like a small spiral it is actually pretty normal sized at 70,000 light-years. It\'s just its distance that makes it seem small. It is sometimes known as NGC 5490C (NGC 5490 is at the bottom of my image) and is classified as SB(s)bc.

Arp 117 is listed by Arp under his classification for elliptical-like galaxies close to and perturbing spirals. Thus by his classification, the small galaxy is perturbing the big one. Arp apparently sees this as a warping of the spiral for which he notes: \"Flattening of spiral\'s nucleus appears to be in a different plane than the arms.\" I\'m not so sure I see what he is talking about. The core is very bright with a bright but short bar. Does he see this as a spiral seen edge on inside a face on set of arms? Other than this I don\'t see what he is talking about. While both galaxies have the same redshift and thus likely about the same distance from us it also could be their relative motions are actually quite different but their distance difference covers this up. I\'d think there\'d be distortions in the smaller companion as well as the spiral. I don\'t see that the companion is anything but very normal looking. It is IC 982, a SA0+ galaxy and the spiral is IC 983 an SB(r)bc galaxy. Note that except for the pseudo ring structure its classification is the same as that of Arp 79 even though they appear very different.

Note in the annotated image there are many dwarf galaxies with a redshift indicating they are part of the same group. Many having almost exactly the same redshift in fact.

The other major galaxy in the image is NGC 5490 that for some reason I didn\'t get entirely on the frame. It is listed simply as an Elliptical galaxy and has a very similar redshift to the two Arp systems. Indicating it is likely part of the same group. It was discovered by William Herschel on March 14, 1784. It is in the second Herschel 400 observing program. I can\'t directly measure its size on my image since it is partly out of the frame. Using NED\'s diameter it would be about 125,000 light years in size using a distance of 250,000 million light-years determined by mostly type 1A supernova measurements though redshift places it a bit closer and thus smaller. It may be its own group as there are other galaxies around it with redshifts a bit less than that of the two Arp systems. 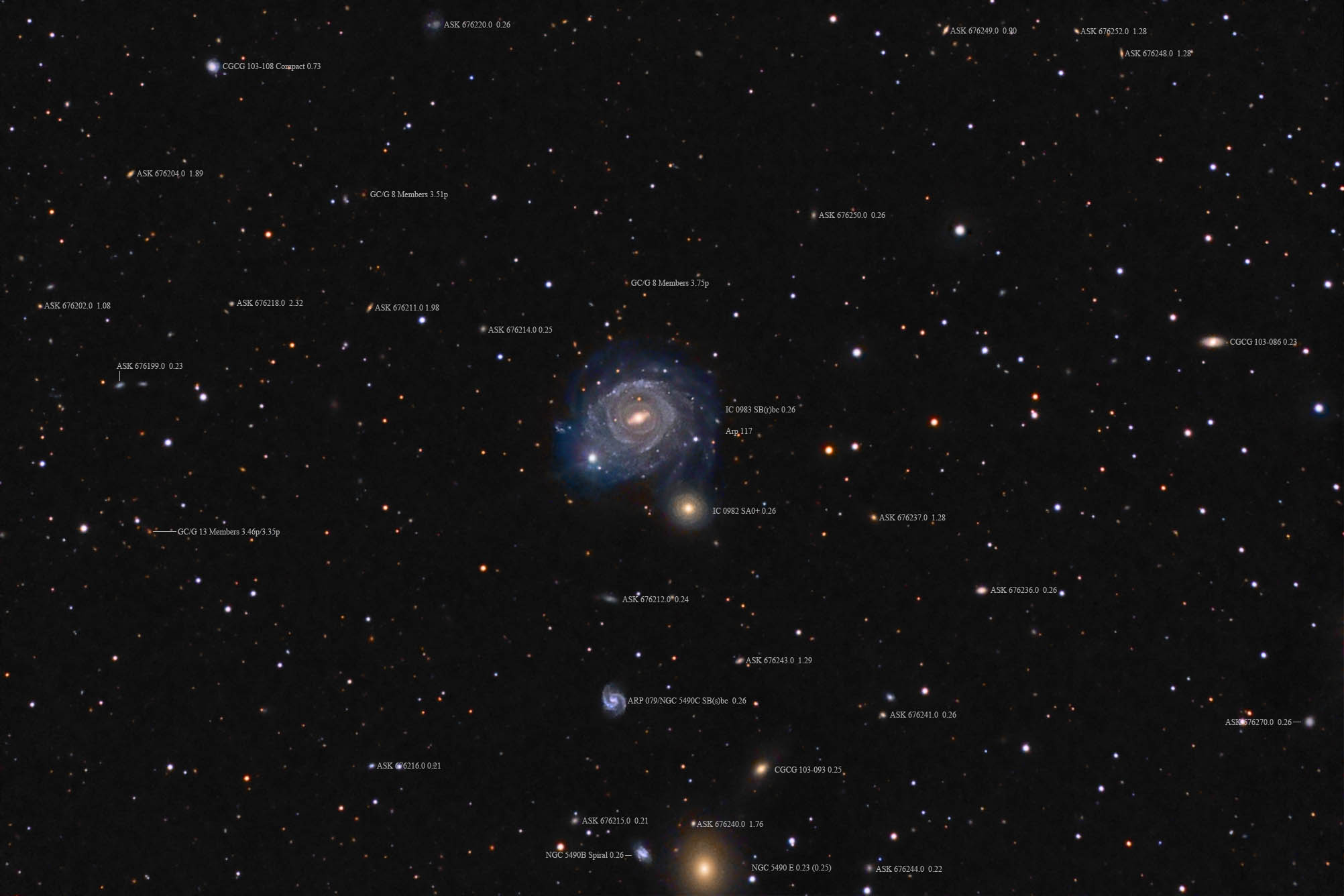 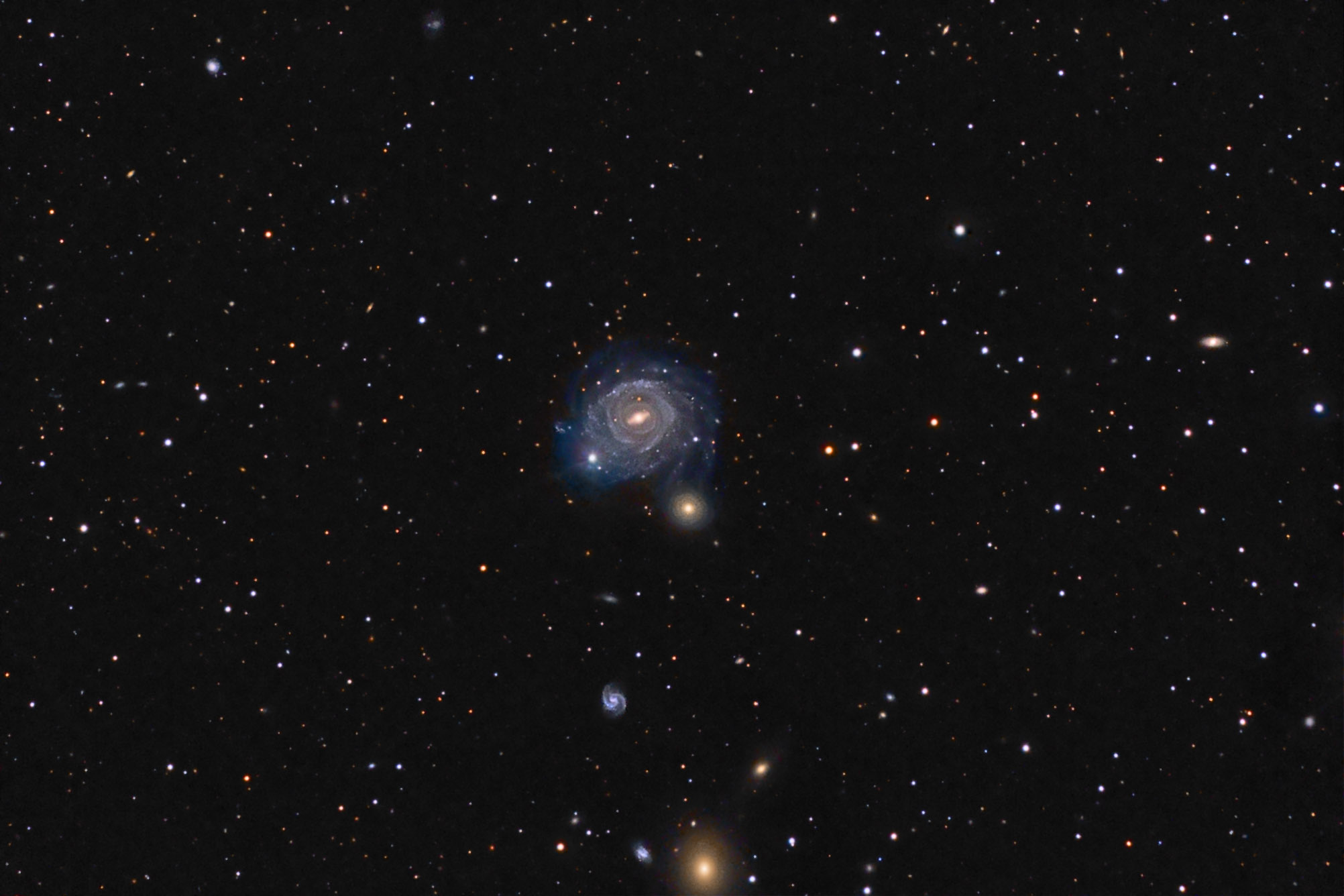 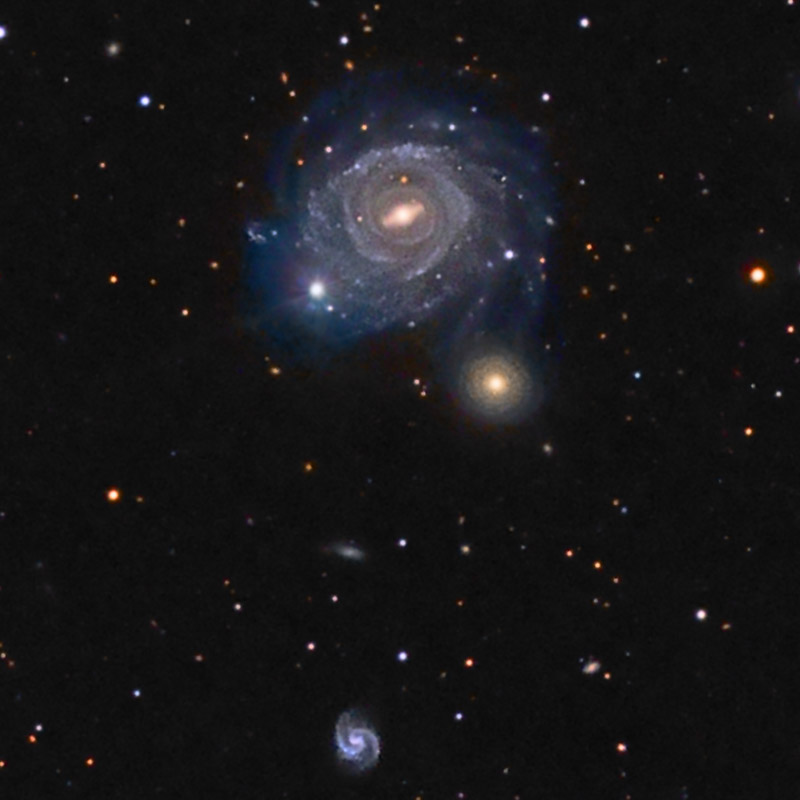