Arp 126 is an interacting galaxy pair also known as UGC 1449. The pair is about 240 million light-years distant. The northern galaxy of the pair is classed as SBm pec while the lower as simply SBm. Arp included the pair under Elliptical and Elliptical-like Galaxies: close to and perturbing spirals. Arp made no notes in his catalog about this pair nor can I find much on it in the current literature.

There\'s a galaxy cluster NSCS J015907+031804 at about 4 billion light years just beyond the upper left corner. I suspect the orange galaxies seen in that corner around the 3 bright stars
are likely members of the cluster.

Other than that there\'s little information on the rest of the field. Though researching the galaxy pair I found a house for sale at 126 Arp Avenue in Cheyenne, Wyoming. I wonder how dark and steady the skies are there?

Blue galaxy to the upper left UGC 1454, an SBm barred spiral at about 150 million light-years.

These are located in Pisces. I took this image December of last year and processed it in March but somehow lost the file on the hard drive until I was reorganizing my Arp collection and ran across it. One benefit of two months of cloudy weather. I wonder if there are others like it lurking in some dark corner of my drive. It appears I started to take it and was clouded out twice before getting any color then had a good third try. Each was in a separate directory. I ended up combining all usable luminosity images from the three nights. Thus, it has more data than usual though thanks to the clouds I can\'t say it helped much. 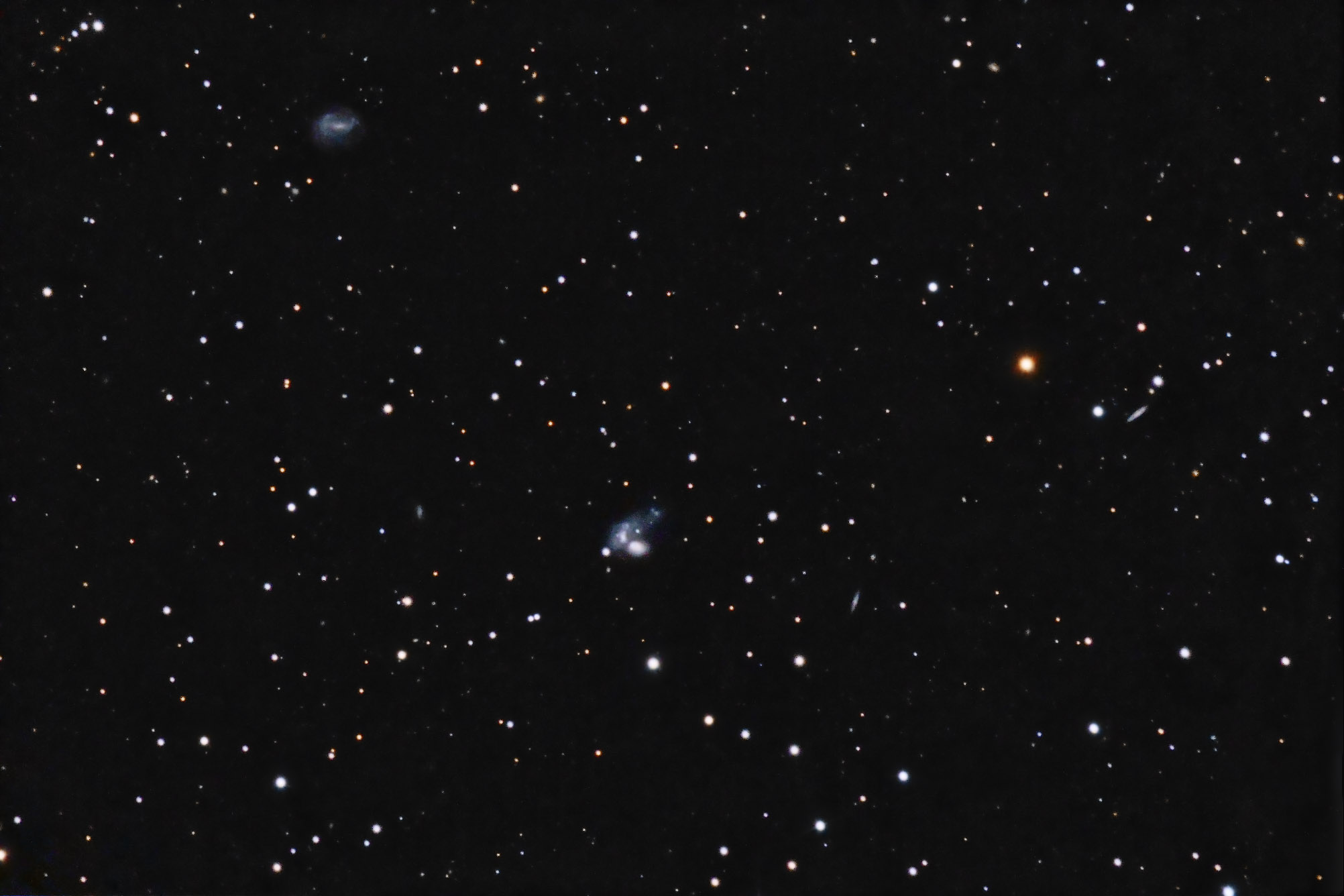