This field of Pegasus galaxies lies about 260 million light-years from us and is located in the northwest corner of the Great Square of Pegasus. I centered on the triple ring galaxy II Zw 188/IC 5285. That\'s how it is described in the CGCG catalog. Unless the core is considered a ring I\'m not sure where the third ring is hiding. It is a rather red spiral indicating no new star birth of any significance for some time unless it is hidden in the dense core region. The outer ring is not a nice neat oval but has a rather irregular shape which seems hard to explain. It reminds me of M94 with the large but faint outer ring though M94\'s ring is more regularly shaped. It was discovered by Stephane Javelle on November 23, 1897.

To the northeast is NGC 7489. It is listed as Sd by NED and Sc by the NGC Project. It is a nice face on spiral. Discovered in 1863 by William Lassell using a 48\" reflector, it has a strange elongated feature at the north end. Almost looks like an edge on galaxy. Maybe it is, however it isn\'t listed in any catalog that I found. But then many of the bright galaxies in this field are anonymous as far as I can tell. If it is part of the galaxy it is a very strange feature. The arms to the south seem oddly cut off compared to those to the north. At the bottom of the image is the flat galaxy 2MFCG 17362. Like all the other cataloged galaxies in the image but the first two, it is a find of the 2 micron infrared survey. The only one with a known redshift. Have these three interacted in the past? Could this account for the odd ring of IC 5285 and/or the odd arm structure of NGC 7489? I found nothing to indicate this has even been looked at let alone answered. In any case, I doubt they have interacted but it is possible.

The field had quite a bit of IFN but my exposure was too short for the poor transparency conditions so I pretty well processed it out not certain which was real and which was a product of varying conditions. All galaxies listed at NED are identified in the annotated image, that\'s not very many of them. This is a poorly studied region. 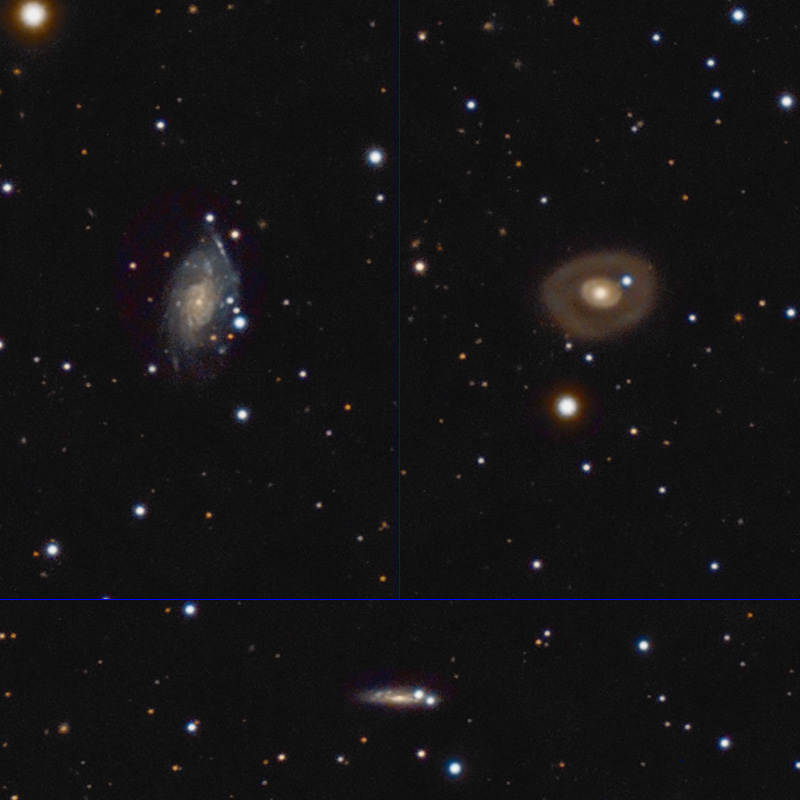 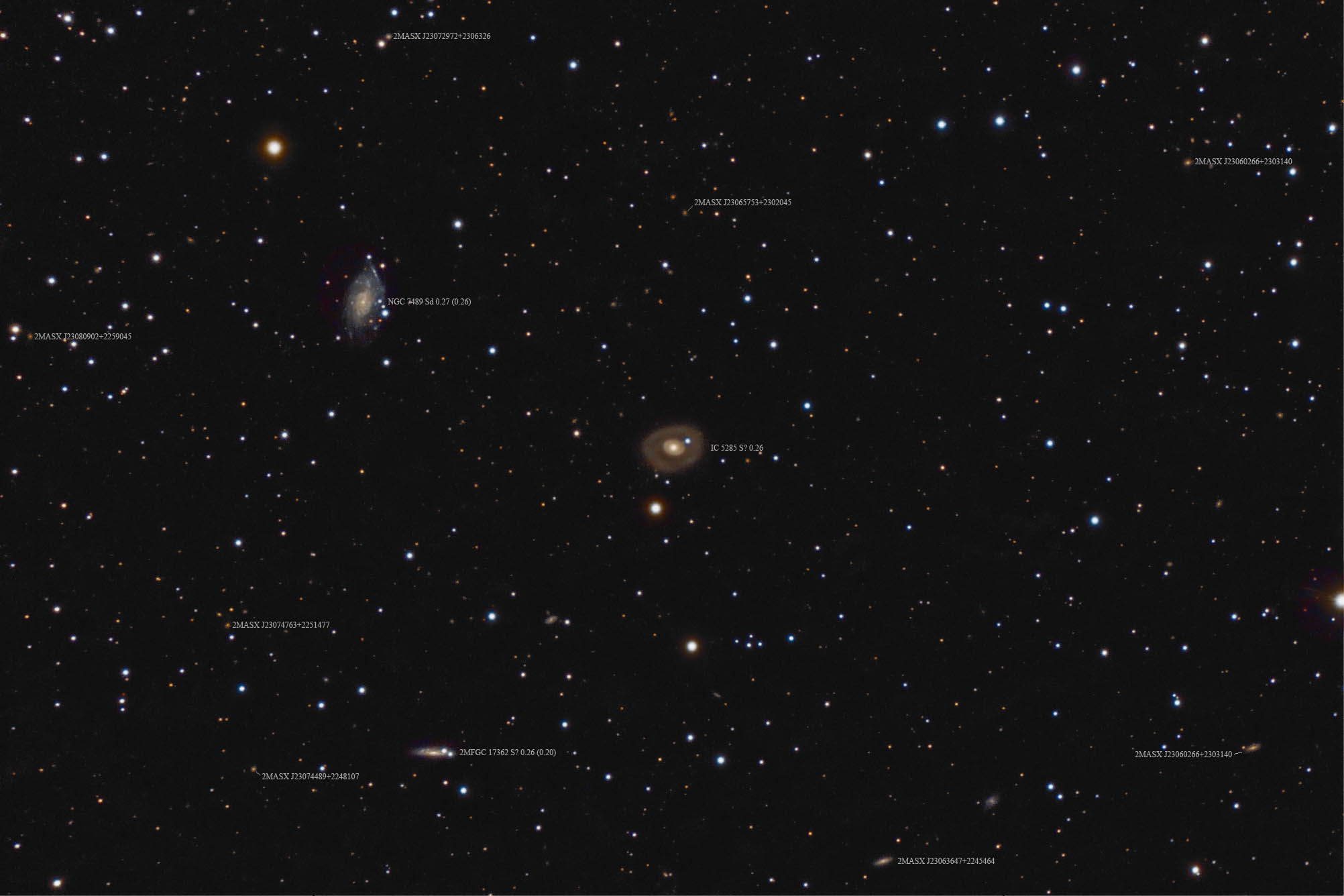 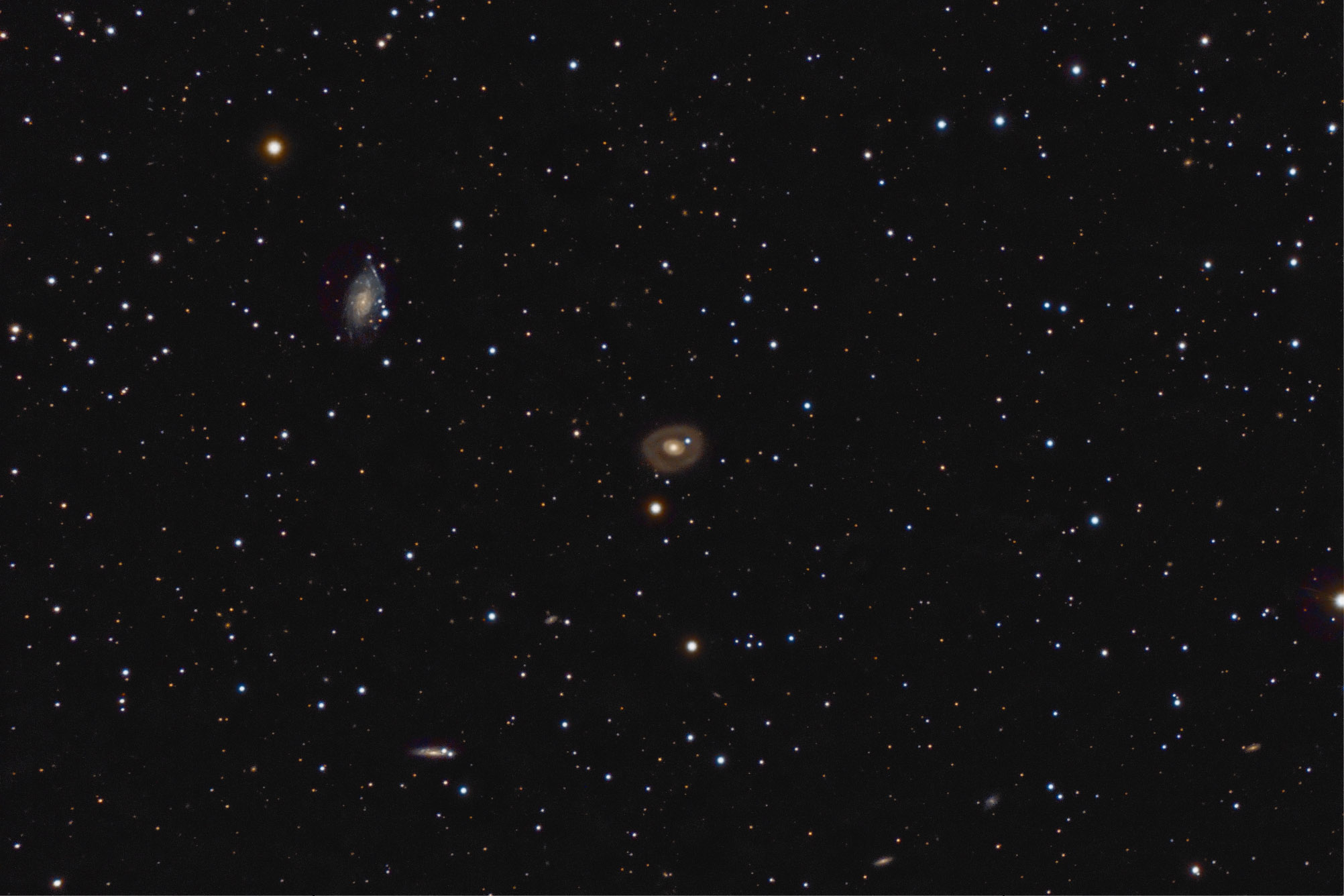