Arp 145 falls into the Arp category material emanating from elliptical or elliptical-like galaxies. In this case what is going on is more obvious. This is a case of a direct hit by an elliptical galaxy (lower left) on a near face on spiral galaxy (upper right). It punched a hole in the spiral right near the core which probably is the reddish blob at the 5:30 position using the hole as the center of the \"clock\". The two galaxies carry the same designation UGC 1840. The one with the hole is classed as Im pec Ring B. The other has the designation of S0 pec Ring A They are located at about 240-250 million light-years at the east end of Andromeda.

There has been no useful survey I could find of this region. Only a very few galaxies in the field have been cataloged, none with redshift data. Most aren\'t cataloged at all, including the interesting elongated one above and a tad left of the pair. Only those picked up on the 2MASS infrared survey are cataloged and that one apparently doesn\'t emit enough 2 micron light to make the catalog. This likely means it is rather dust free or composed mostly of newer stars. But has little to no current star formation. 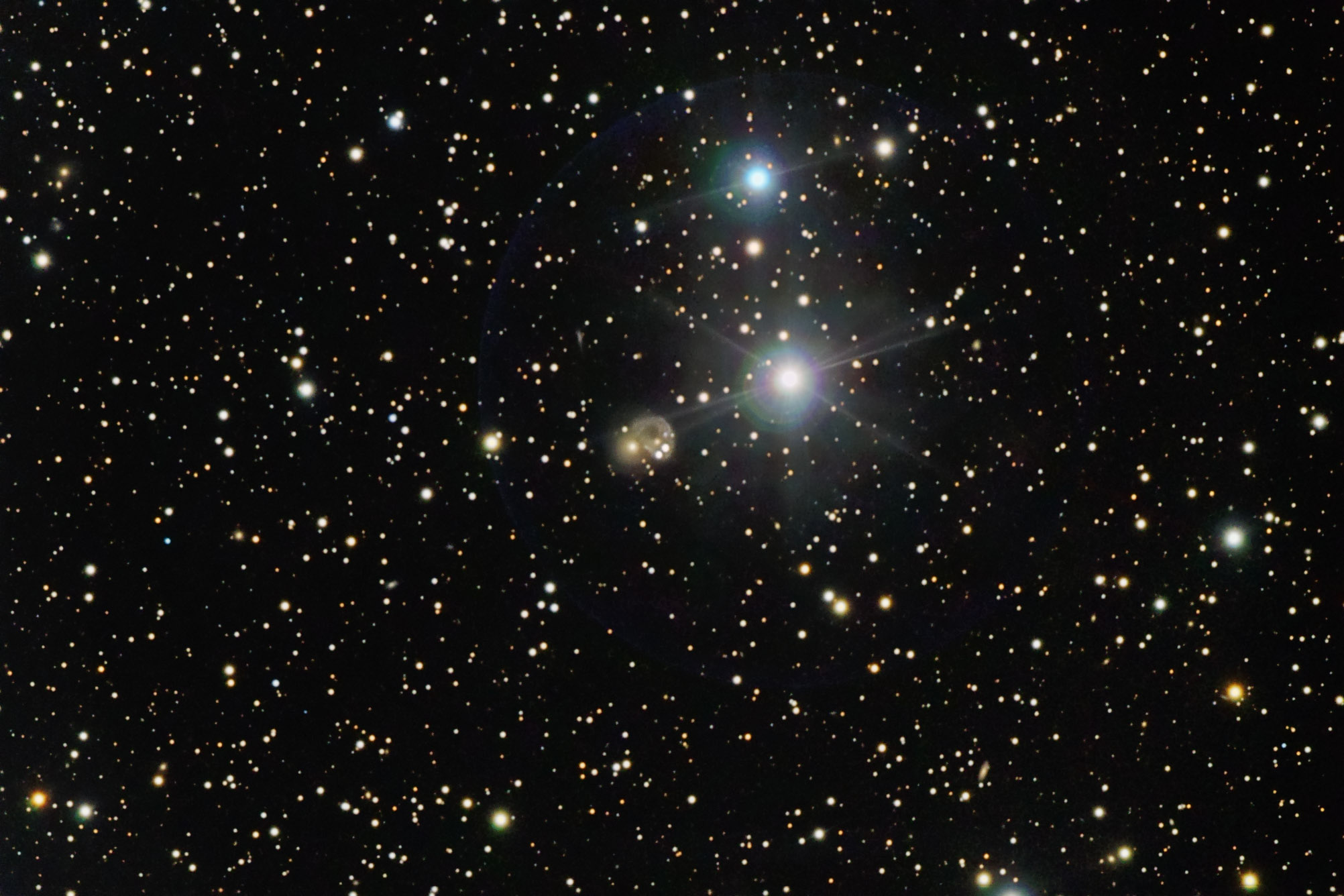 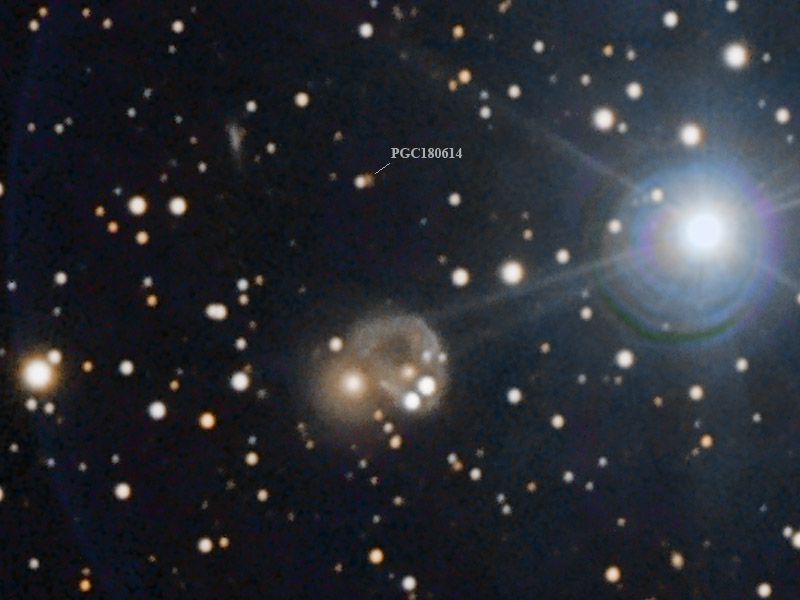