Arp 148 is more commonly known as Mayall\'s Object. It is a pair of colliding galaxies about a half billion light-years away. One galaxy has \"just\" pierced the heart of another and is bursting out the other side. This is best seen in the rather famous Hubble image of this pair.
http://imgsrc.hubblesite.org/hu/db/images/hs-2008-16-aa-large_web.jpg

The Hubble site covers this guy very nicely. Here is what it has to say about this object.
\"Arp 148 is the staggering aftermath of an encounter between two galaxies, resulting in a ring-shaped galaxy and a long-tailed companion. The collision between the two parent galaxies produced a shockwave effect that first drew matter into the center and then caused it to propagate outwards in a ring. The elongated companion perpendicular to the ring suggests that Arp 148 is a unique snapshot of an ongoing collision. Infrared observations reveal a strong obscuration region that appears as a dark dust lane across the nucleus in optical light. Arp 148 is nicknamed Mayall\'s object and is located in the constellation of Ursa Major, the Great Bear, approximately 500 million light-years away. This interacting pair of galaxies is included in Arp\'s catalog of peculiar galaxies as number 148.\"

Arp\'s photo of it with the 200\" Palomar scope shows no more than mine, maybe less. At least this time seeing was just barely good enough for me to use 0.5\" per pixel when taking my image.
http://ned.ipac.caltech.edu/level5/Arp/Figures/arp148.gif

If you look closely you\'ll find a great many of the faint \"stars\" in my image are really distant anonymous galaxies. 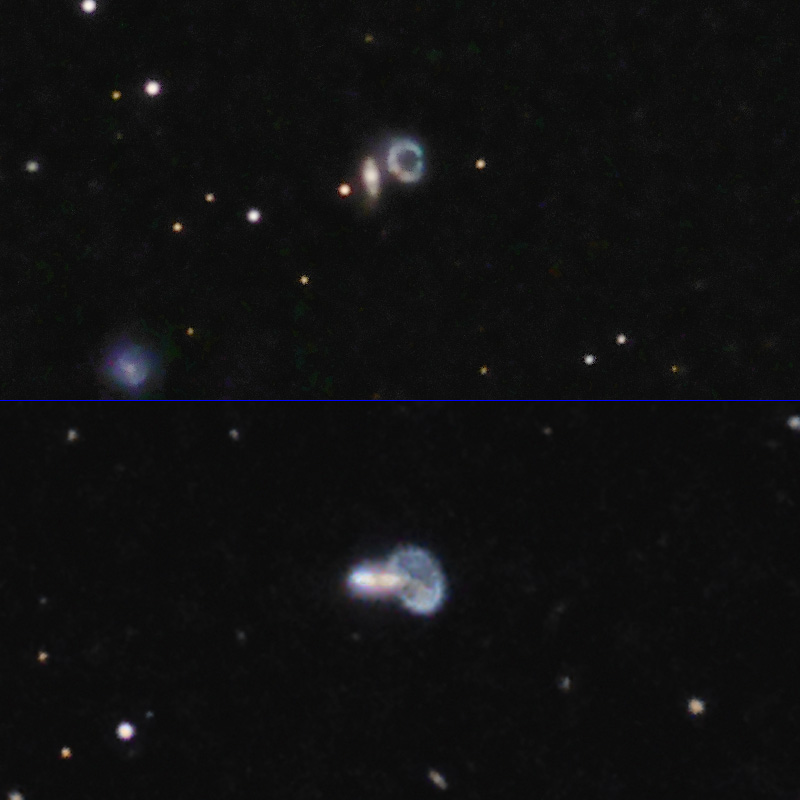 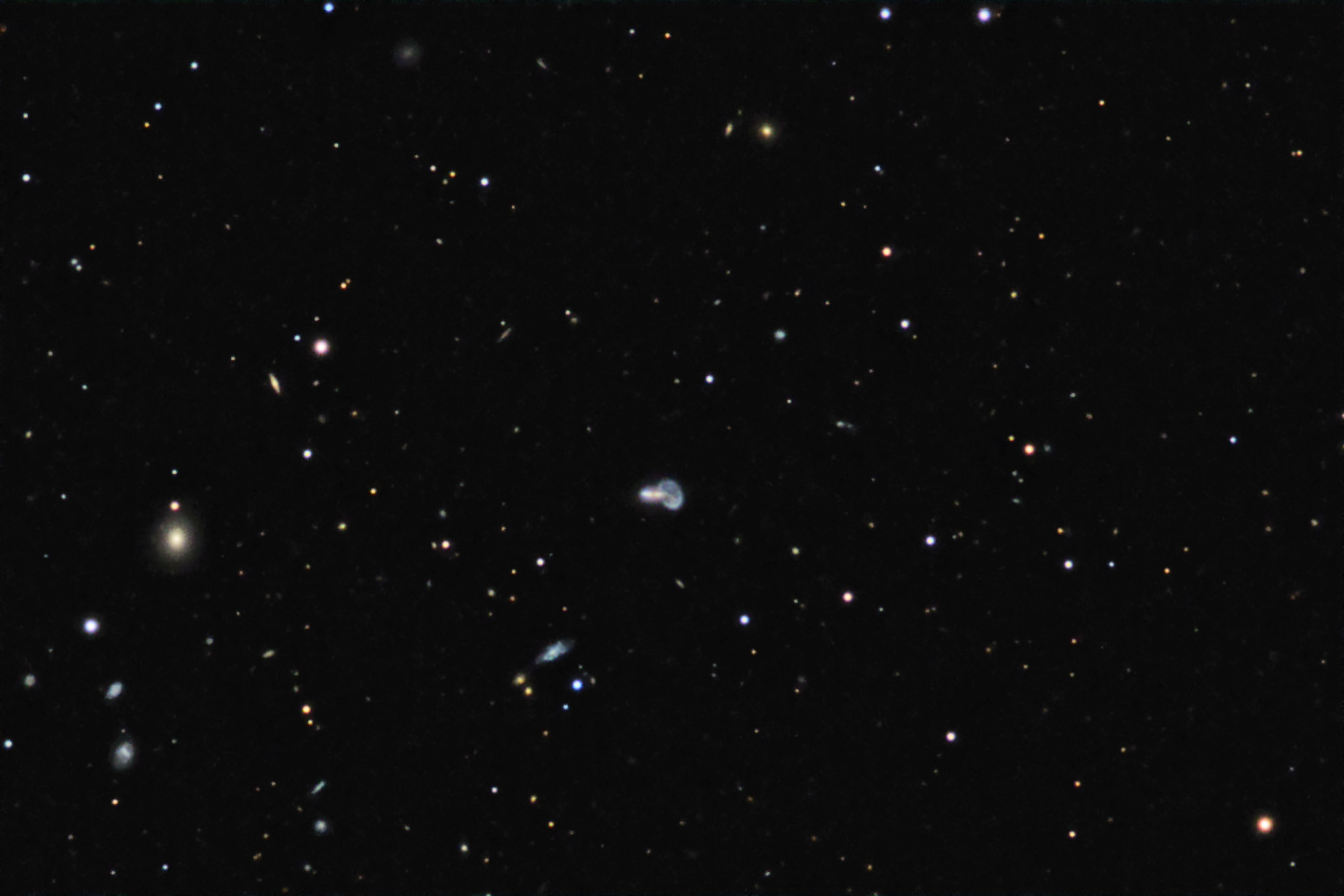