Arp 156/ UGC 05814 belongs in his category for disturbed galaxies with interior absorption. I believe the latter refers to the dust lane. Arp\'s comment reads: \"Very faint oval loop in north-following-south-preceding direction. \"North-following\" means northeast and \"south-preceding\" is southwest. NED classifies it simply as Peculiar. The CGCG catalog says of it: \"Post-eruptive spiral with double core (blue and red), pronounced absorption line.\" I don\'t see that double core in my image or the Sloan image (only other color image of this galaxy I could find). unless this refers to the portion of the core above the dust lane (slightly red) and the portion below the dust lane which is less red though I\'d not call it blue. http://skyservice.pha.jhu.edu/DR8/ImgCutout/getjpeg.aspx?ra=160.65848773&dec=77.4947972&scale=0.79224&width=512&height=512&opt=&query=

Other than the above I found virtually nothing on this object. It sits quite alone in northwestern Draco nearly a half billion light-years from us. This means the galaxy is huge. From one side of the plumes to the other it is 140 arc seconds (over 2 minutes) across. That puts it over 330,000 light-years across. Ignoring the plumes it is a more reasonable 120,000 light-years in diameter. Still likely larger than most galaxies. I suspect it got its size and its plumes from merging with other galaxies though I found no neighbors in its area. Did they all get eaten? NED has no redshift data on any other object in the field so I\'ve not prepared an annotated image.

This is another Arp that was lost on my hard drive after getting misfiled due to not having calibration run automatically as the data was taken. In this case, my notes indicate I was going to revisit it for more data but that never was recorded in the database that controls what the scope images so it never happened. Rather than wait for next year I processed what I have so far as it is my normal exposure times. Though it is obvious that the luminance frames (well three of the four) were hit by clouds. Likely why I was planning on more data to help bring out the plumes. Green also suffered a nasty hit but I think I have the color reasonably close despite the skies attempts to thwart my efforts. 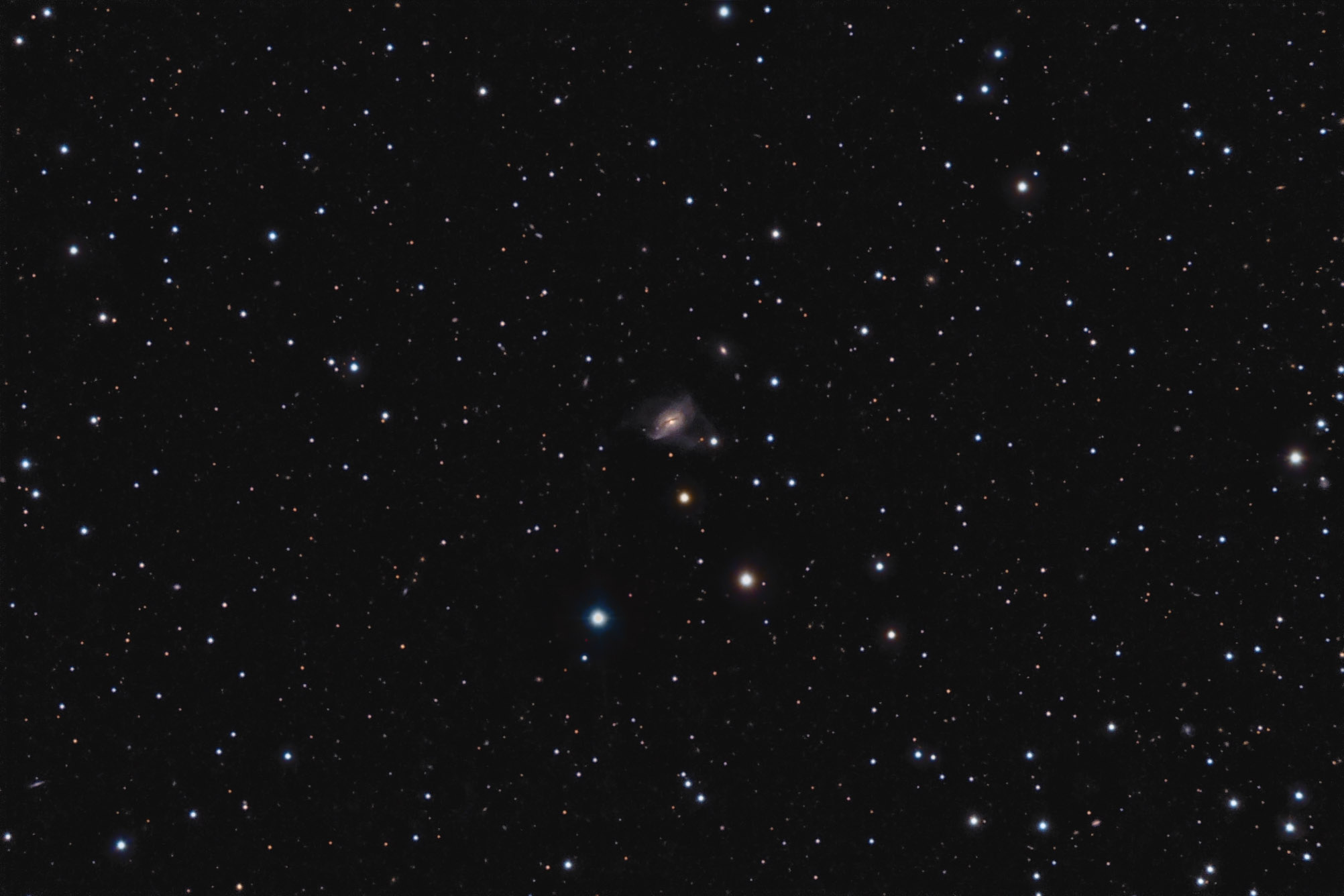 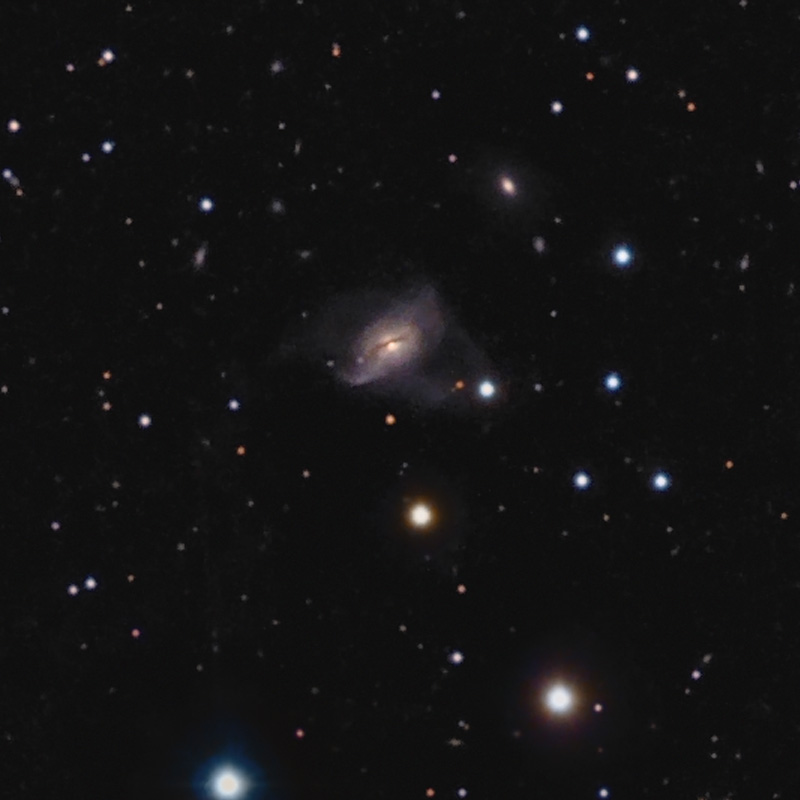