Arp 159/NGC 4747 is a very distorted galaxy in Coma Berenices not far from the famous Coma Galaxy Cluster, about 68 million light-years distant by redshift. By Tully-Fisher measurements, it is closer, about 40 million light years. I suspect this to be more accurate. I\'ll get back to why in a bit. Arp put this one in a category based on the dust clouds near the core rather than the tremendous star plumes. It is in his galaxies (not classifiable as S or E) disturbed with interior absorption. Centaurus A is the most famous galaxy in this class. Arp saw the northeast plume saying: \"Very faint plume extending northeast.\" He didn\'t mention the shorter and fainter southwest plume. Nor do any of the notes at NED. The NE plume extends much further in my image than I can see it in Arp\'s image. NED classes it as SBcd pec.

Obviously, something happened to create these huge plumes and so disturb the galaxy. There\'s no hint of any galaxy in my image that could do it. But just beyond the image is an even larger disturbed galaxy, NGC 4725. Its redshift is almost identical to that of Arp 159. Analysis of its Cepheid variables as well as Tully-Fisher measurements put it at about 40 million light years. With both measurements the same for Arp 159 and NGC 4725 it appears quite likely these two tangled in the past. Tully-Fisher can be quite accurate with spirals seen at an angle as these two are. For the two to agree like this I suspect it is giving a more true distance estimate. The redshift being due to their common motion through space as indicated by their apparent interaction.

I imaged 4725 when I first went digital using the same scope and camera but different focuser and distance behind the main mirror. This changed the image scale. My filters were different as well, not nearly as well matched to the camera\'s spectral response nor did I take G2V data for them. I was in ignorance mode back then. This made color balance difficult. I reprocessed that image as best I could and made an attempt to combine the two images taken years apart. Having never tried this before and not taking either image with this in mind at the time the results aren\'t great but at least it does show the relationship of the two galaxies. The other galaxy with NGC 4725 is NGC 4712. It is a background galaxy with a redshift distance of a bit over 200 million light years. Obviously a distant background spiral galaxy.

While the field is within the SDSS survey no distance data was found at NED for any galaxy in my Arp 159 image other than Arp 159 itself. 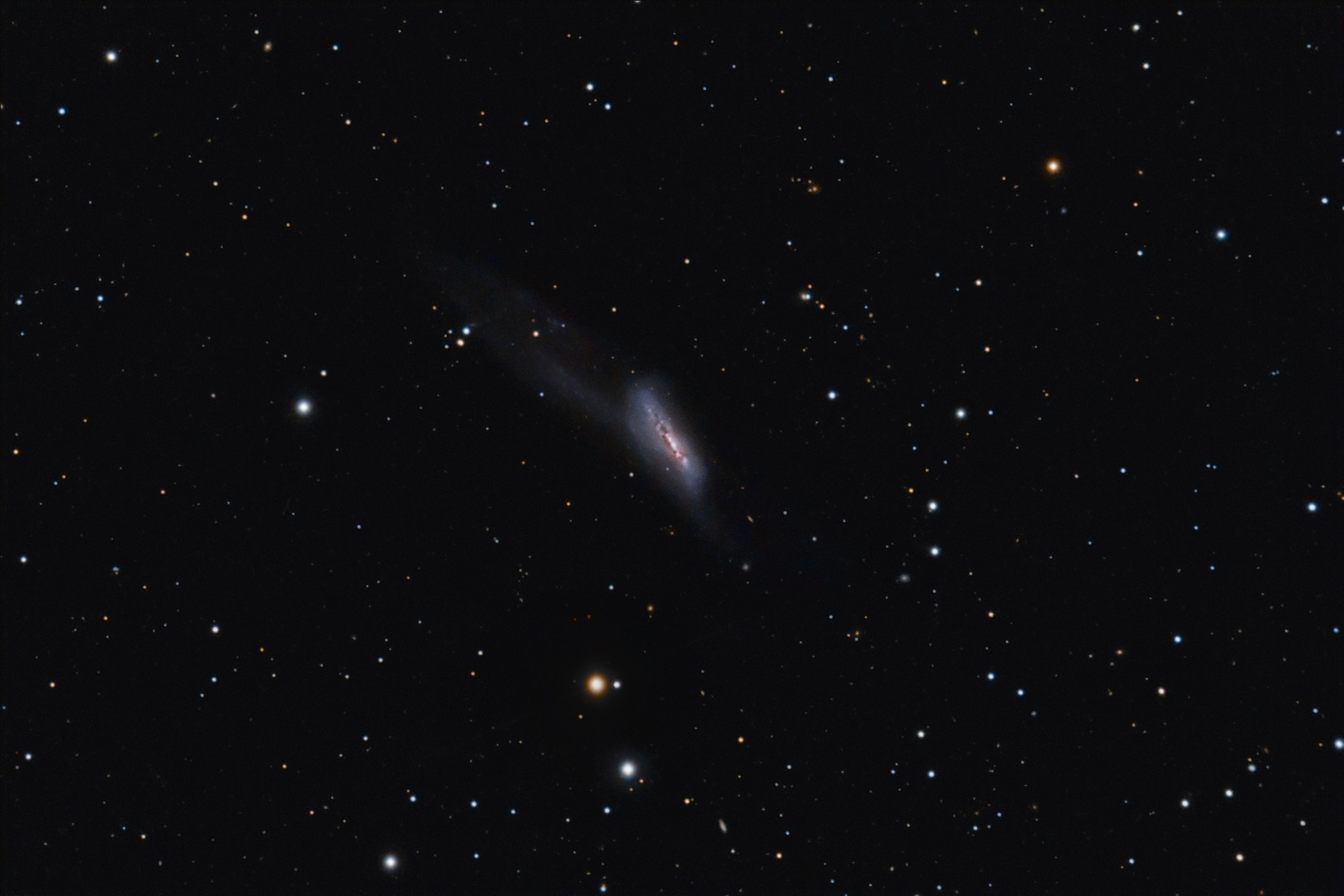