Arp 188 is the Tadpole galaxy, PGC 057129/UGC10214 SB(s)c pec. While the image says I used 60 minutes of Luminosity data clouds and lousy transparency limited it to more like 20 under good skies. This made for a very noisy image and I had to do some rather nasty processing to deal with the noise. The lousy light transparency meant I didn\'t pick up the \"tail\" all that well. Arp classifies it under \"narrow filaments\" which obviously refers to the tail which, isn\'t connected to any of the spiral arms. SIMBAD catalogs it as an interacting pair. It is thought the galaxy that left the long tail is GALEXASC J160601.81+552524.2. I\'ve noted it on the cropped annotated image. It appears little is left but a disrupted core after it created the long tail.

I wanted to find the distance to the little edge-on to its right but had a major surprise. While both NED and SIMBAD list OVER 5700!!! galaxies within 5 minutes of the Tadpole (usually the count is 5 to 10 if the area is really crowded) but the one I wanted to know about was not one of them! In fact, the only galaxy in the area I could find that\'s in my photo is the golden round elliptical to the southwest (about 5 O\'clock) just above a bright blue star. It is at the same distance as the tadpole. So what about those 5700+ other galaxies. All are dimmer than 24th magnitude, thus far below my limit and were taken from Hubble\'s images of this galaxy.

But there\'s something even more interesting in this photo. When I download the first frame of a new field I always compare it to the Palomar Digital Sky Survey plates. Since my images usually go deeper than these plates it is common to find faint stars not on the survey but this time I came up with a rather \"bright\" one. It\'s the star above and right of the nucleus. It is 6.2\" north and 7.2\" of arc west of the core of the tadpole. Had I found a Supernova? Yes, it was a super nova but it had been discovered 3 days earlier by the Lick Super Nova Search. It missed me by 3 days to paraphrase Maxwell Smart. Close but no cigar. It is SN 2008dq a type 1-C supernova. These are a core collapse type involving an old massive star that has run out of anything to fuse. A 1-C type has thrown off most of its helium layer prior to the collapse.

This galaxy also had a SN last year SN 2007cu. Two in one galaxy only one year apart is very rare. The one in 2007 was a white dwarf orbiting a normal star very closely. Such a supernova pulls matter from the ordinary star until it reaches the mass needed to reach its detonation point and blows up. Such stars are usually older than those that form a 1c type of super nova. So they are likely unrelated and their closeness in time only a coincidence.

The Tadpole and the elliptical I mentioned are a bit over 400 million light years from us. 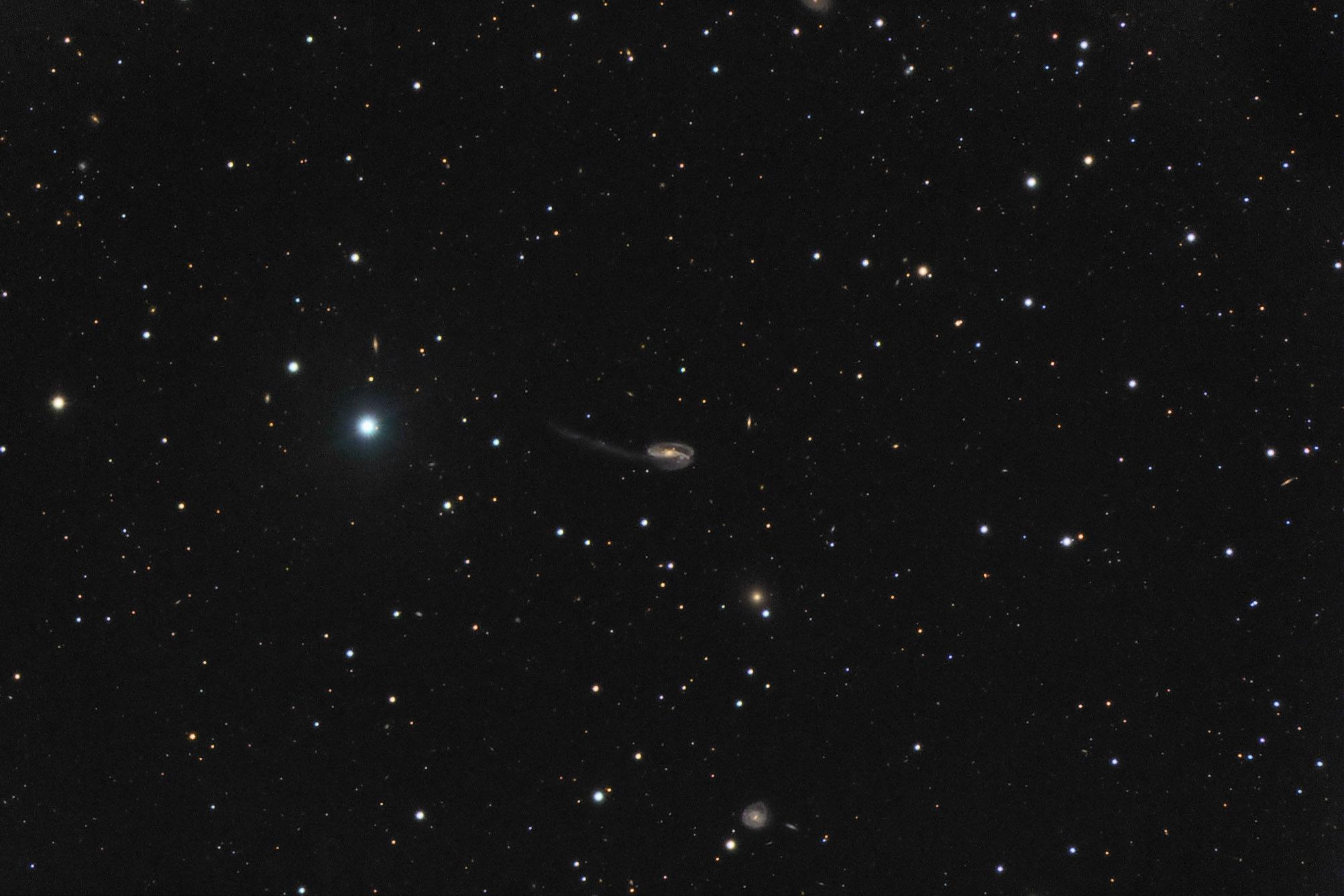 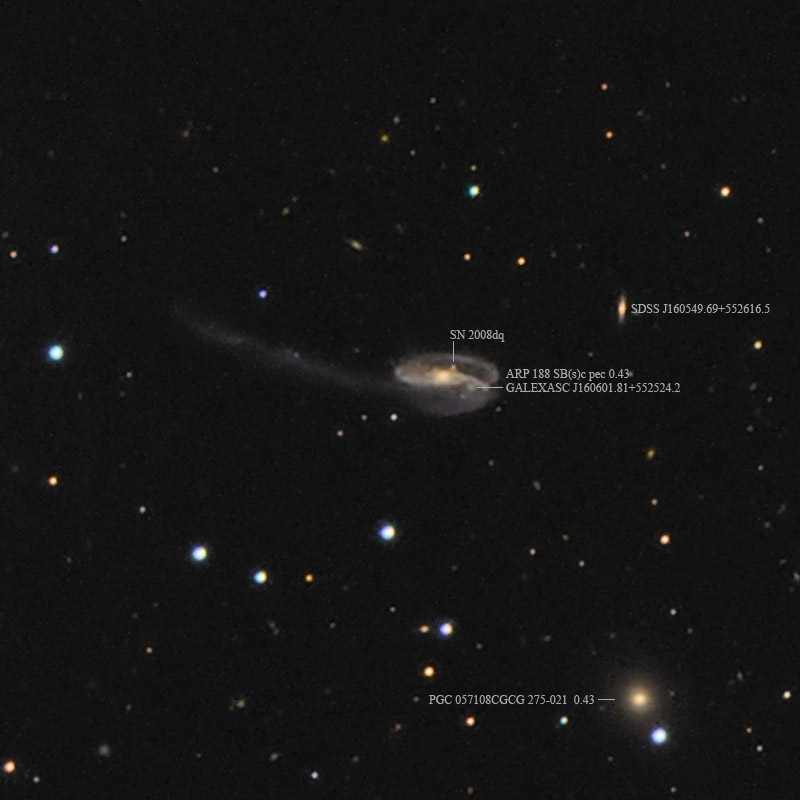