Arp 194 is also known as UGC 06945, a galaxy pair; and USGC U434, a triple galaxy. It is a bit under a half billion light-years away in the southeast corner of Ursa Major. Arp classed it under Galaxies (not classifiable as S or E), material ejected from nuclei. I just see a typical tidal disruption of interacting galaxies that has had time to create star knots as gravity tries to pull the parts back together again. The more interesting question is whether the northern galaxy is one or two galaxies. The UGC lists it as one with the core coordinates of the upper apparent core. The USGC calls the system a triple but defines one of them two seconds of arc north of the lower \"core\" in the northern galaxy where Arp\'s image and mine show nothing at all but the very northern edge of that core. Arp\'s photo in blue light greatly diminishes the red cores so the upper galaxy doesn\'t show even one obvious core but the knots in the bridge between the northern complex and southern galaxy show very well. Arp\'s comment on these doesn\'t help much saying: \"Outer material connected by thin filament to very hard nucleus.\" Apparently, he is hung up on the likely incorrect idea of the southern galaxy\'s core ejecting the knots. To me, it\'s an interesting study in how three interacting galaxies create tidal arms that then further evolve. However you look at it, this is an interesting group. I typed the above before looking to see if Hubble had imaged it. Somehow I missed the fact it had in January 2009. Turns out most of my guesses above were rather accurate.

Hubble took a great image of this pair last January -- see link below. It showed there\'s no connection at all between the two northern galaxies and the lower. The knotty tail is well in front of the southern galaxy. Much as the extended arm of M51 lies in front of its companion. Though in this case it isn\'t known if this southern member is even involved in the tidal distortions of the two northern galaxies. They alone may be sufficient to account for all the tidal features. In any case Hubble clearly shows the northern galaxy is made up of two members and shows the star like knot in the southwest corner in my image is yet another rather normal looking galaxy, apparently seen through or in front of Arp 194. Though NED shows no galaxy at its position. The Hubble text puts the pair at 600 million light-years, not 500 and says it is in Cepheus. I know the latter to be in error. In fact, Cepheus is opposite it in the sky! So I don\'t trust the stated distance either as it is mentioned in the same sentence. At least the telescope operators knew where it was when they took the images. Edit: The HST site was recently revised. In doing so they corrected both the distance and location of this object so it is no longer in error.

The large galaxy on the western side of the image is the Scd galaxy UGC 06929 at 300 million light-years. 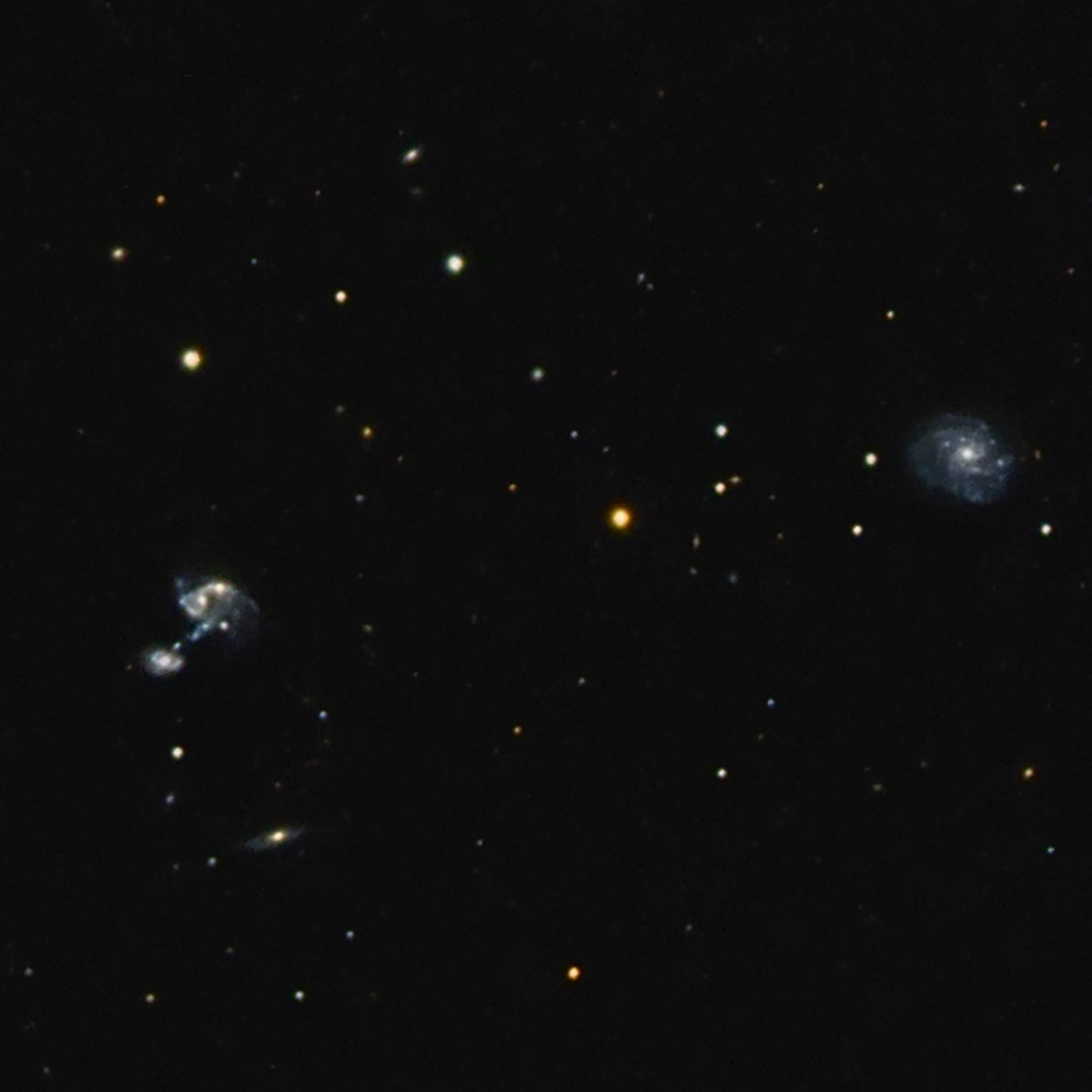 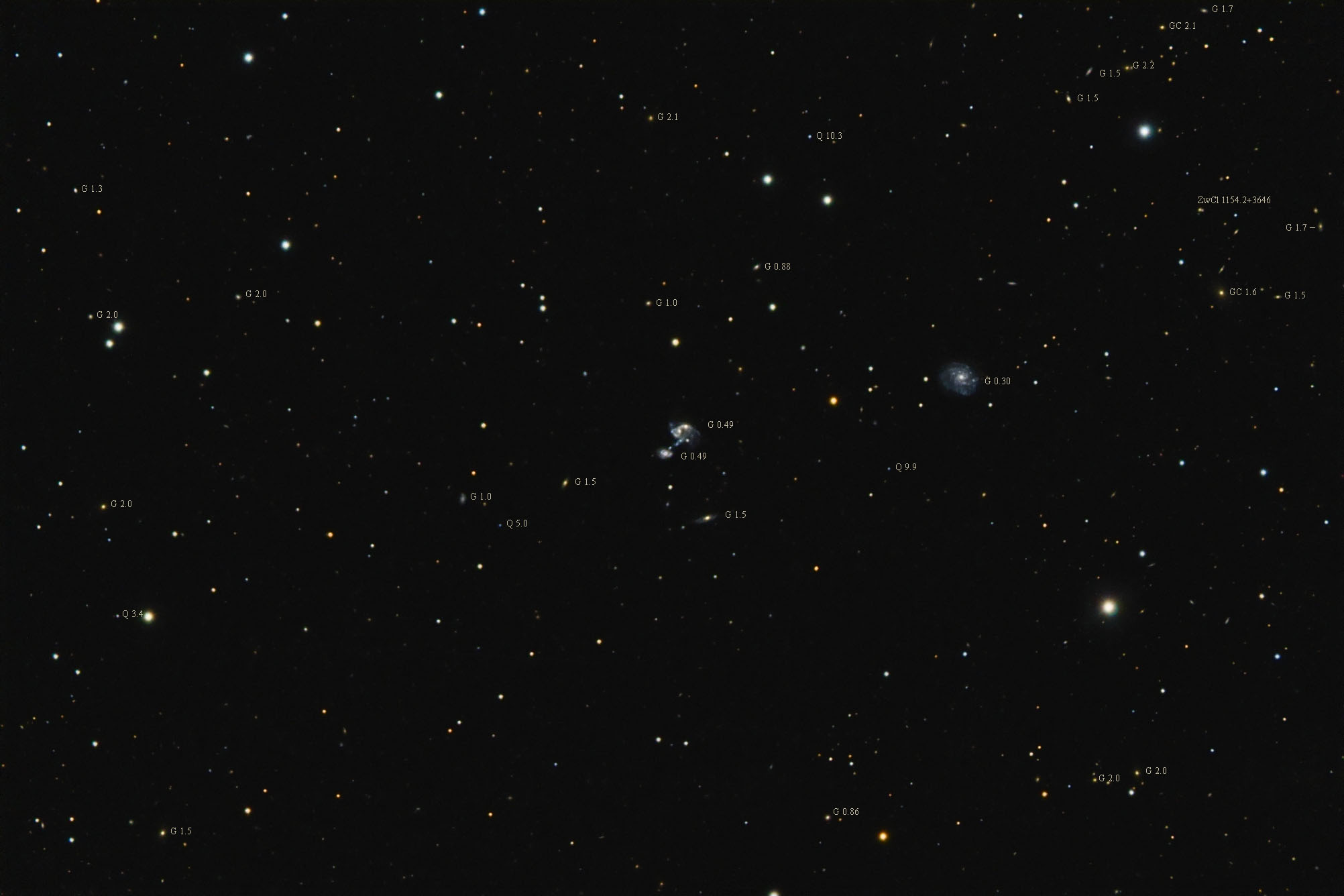 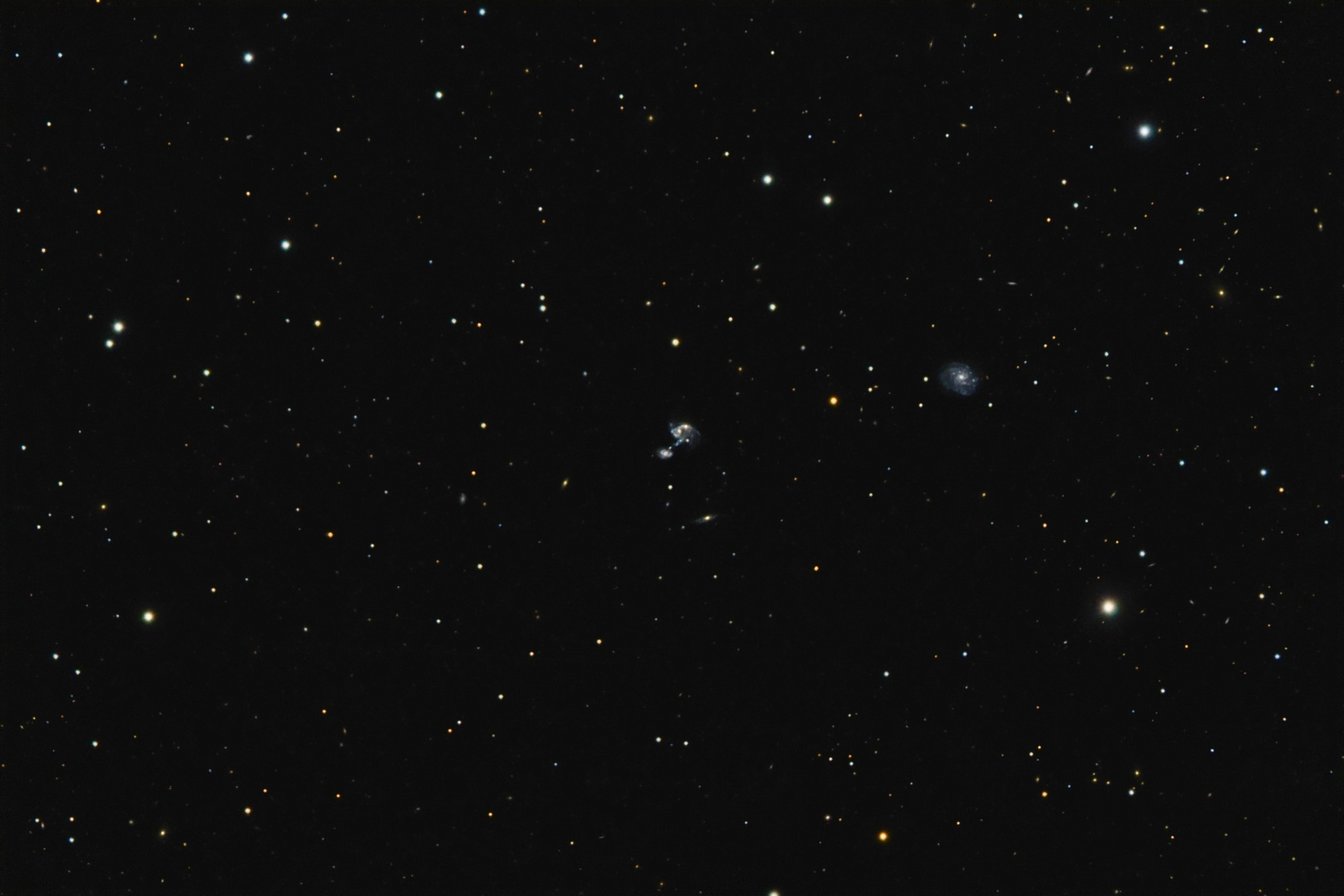