Information on the area of Arp 200, NGC 1134, is quite limited. Arp classified it as \"Galaxies not classifiable as S(piral) or E(lliptical): material ejected from nuclei\". I\'m not all that sure what he is referring to. There is a tidal splash coming from the north end of the galaxy heading east toward UGC 02362. This seems the most likely explanation. Arp did frame his image to show this faint feature. The galaxy at the bottom is IC 0267. All three are related as they all lie at a distance of about 150 million light years. There\'s no information on the other galaxies in the field as to distance. The only other galaxy of any size is LEDA 213115 to the west of UGC 02362. There are many distant galaxies in the image but I couldn\'t find anything on them.

See my entry for IC 1134 for a better image and discussion. 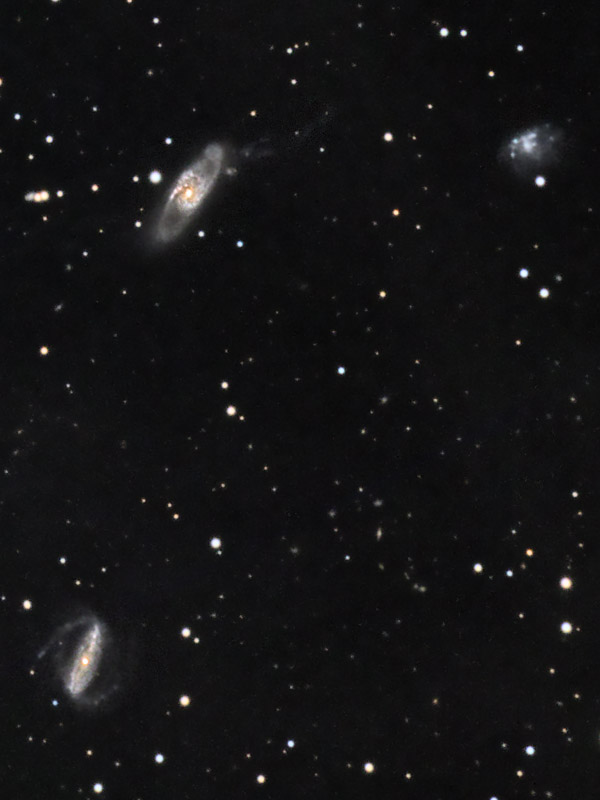 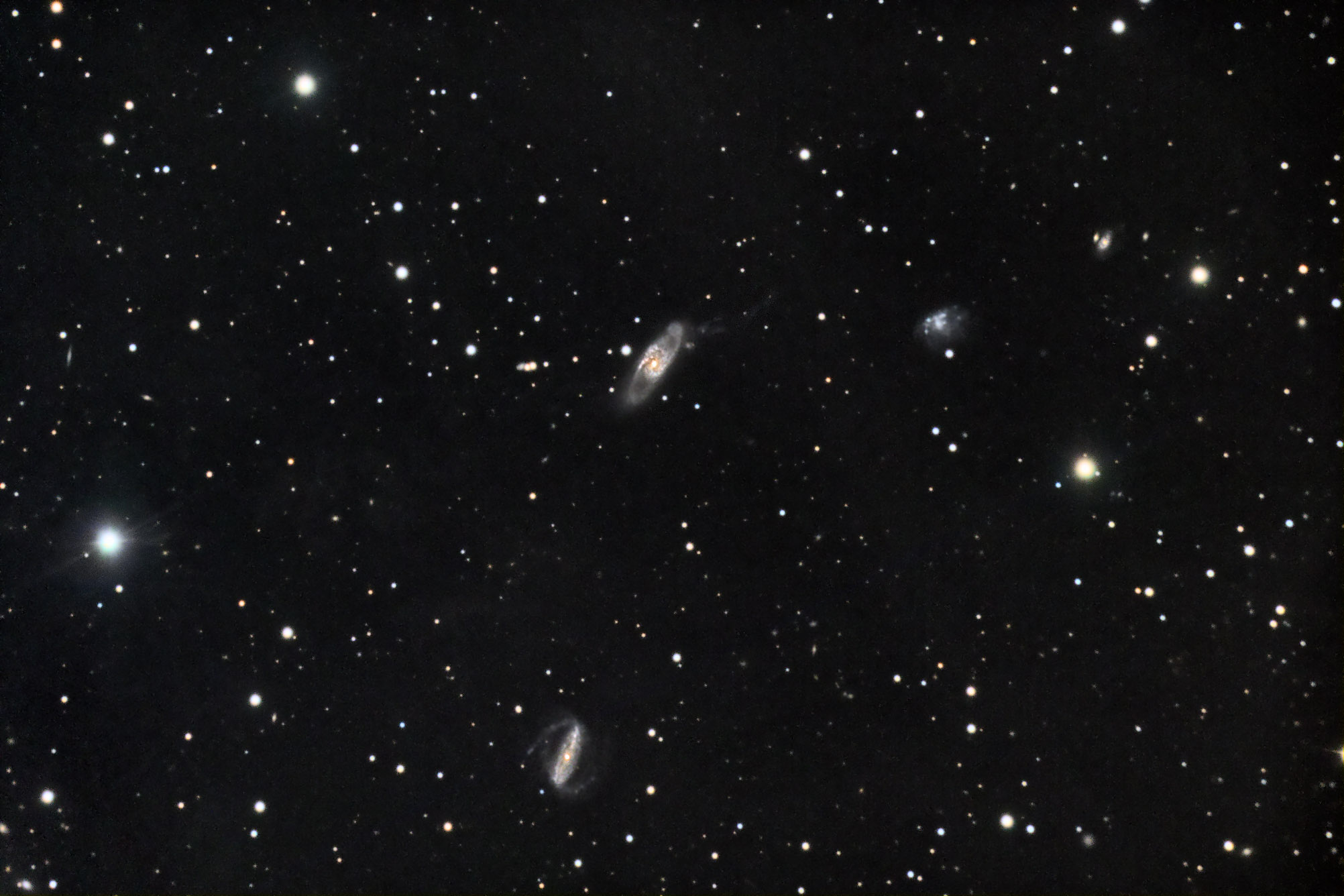