Arp 203/NGC 3712 is located about 90 million light-years away in the constellation of Ursa Major just across the border from Leo. In fact, the south edge of my image is only a few seconds of arc into Ursa Major. Arp put it in his category for galaxies with material ejected from nucleus. His comment says \"Faint plumes coming off both ends of bar.\" Is this the material? They look like plumes rather than ejected material but then Arp had the idea galaxies ejected things and plumes weren\'t all that well understood in the 60\'s when he put his atlas together. NED classes it as SB? as does the NGC project.

The \"bar\" is rather broken up. It consists of three bright parts. A lower elongated piece and two round pieces north of it oriented at an angle to the lower piece. Further north are two faint condensations. The northern one brighter and designated by the SDSS as a separate galaxy with no redshift given. Arp 203 does have one obvious companion or galaxy at about the same distance near the same line of sight. It is SDSS J113119.85+283125.0 at 83 million light years. It\'s a rather featureless galaxy that NED makes no attempt to categorize. Both are rather small galaxies. Since it is undistorted I doubt it is the cause of the plumes seen coming from Arp 203. Could it be a merger? The multiple bright blobs in the core would seem to make this a possibility. I found no papers discussing anything about its plumes other than pure descriptions. Though I didn\'t search very deep. Still, it seems to be a poorly studied galaxy.

NGC 3712 was discovered by William Herschel on April 11, 1785. It is in neither of the Herschel 400 observing programs. Some sources equate it with 3714 discovered by his son John on March 26, 1827. Others say John found a somewhat brighter galaxy to the southeast just out of my image. Oddly Seligman gives the position for this out of field galaxy for NGC 3712. Yet equates the two with 3712. Errors like this aren\'t unexpected when dealing with such a large number of objects.

In the upper left corner, you can find ZwCl 1129.4+2858, a galaxy cluster of unknown distance with 68 members in an 11\' field. The label marks the center. Most that I see are to the upper left of that position. But redshift distances of galaxies within 5.5 minutes of the center all have very different values ranging from 2.3 to 5 billion light-years. At least the galaxies with redshift values are just a line of sight group rather than a true cluster of gravitationally bound galaxies. If there\'s a true cluster here redshift values aren\'t disclosing it. 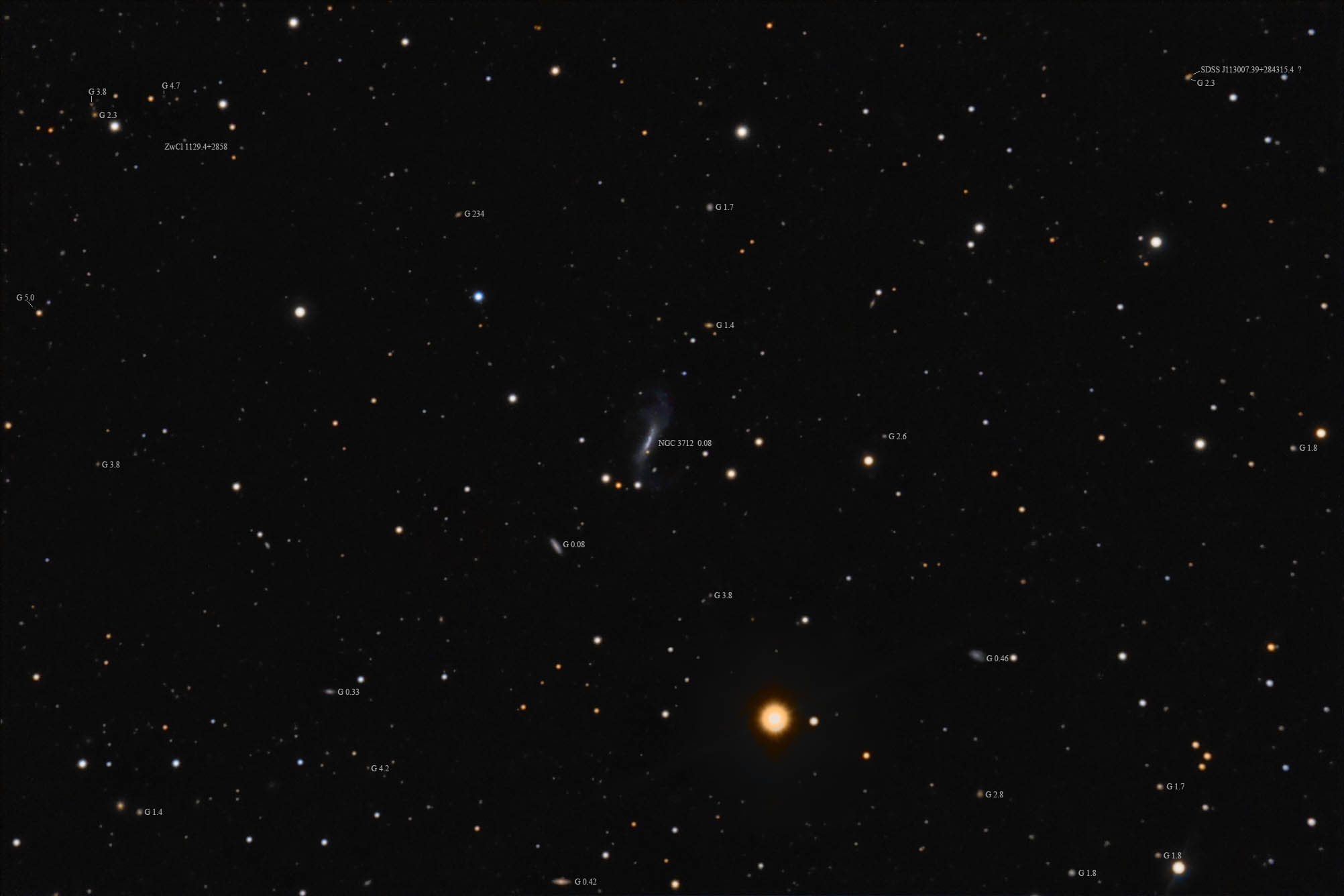 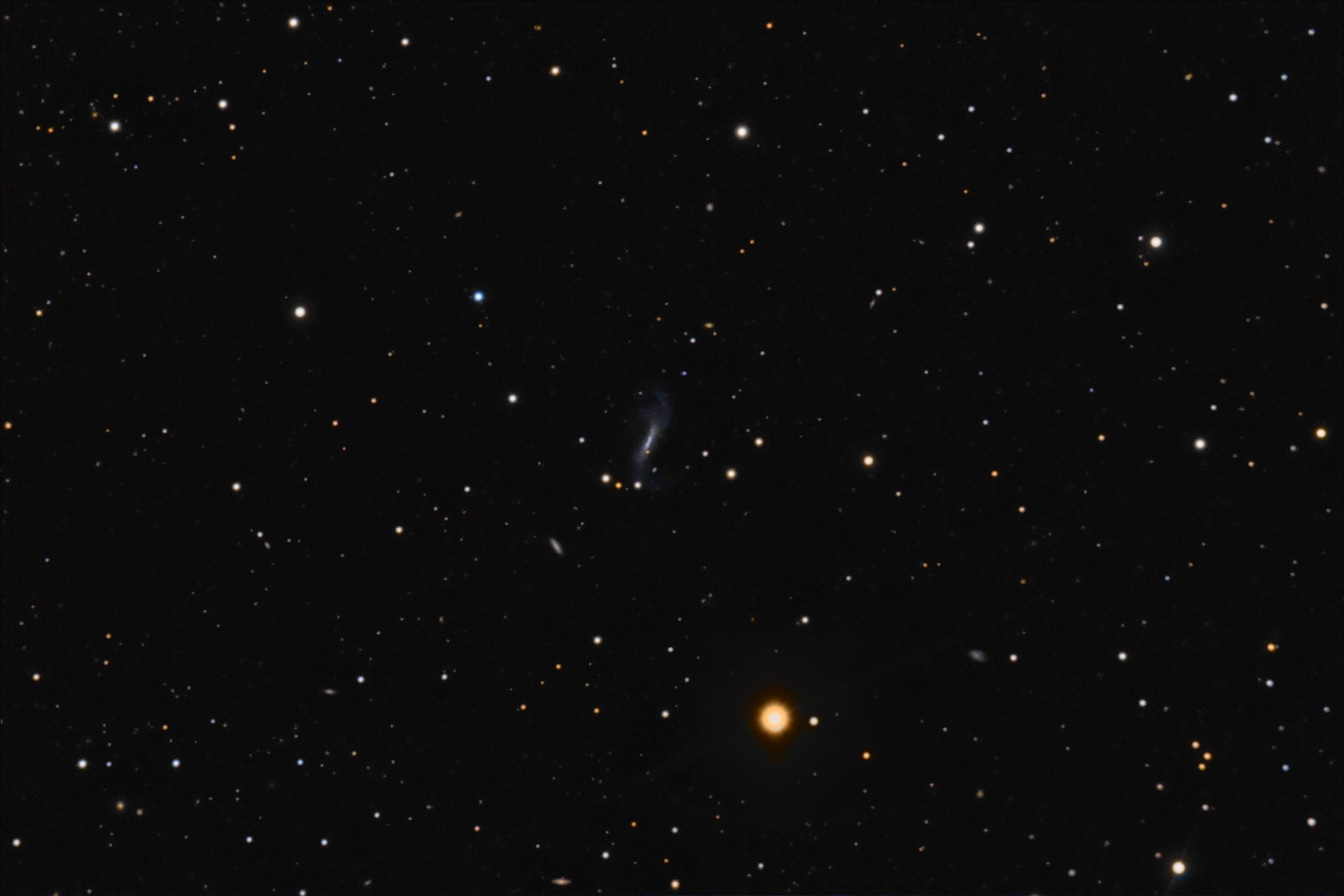 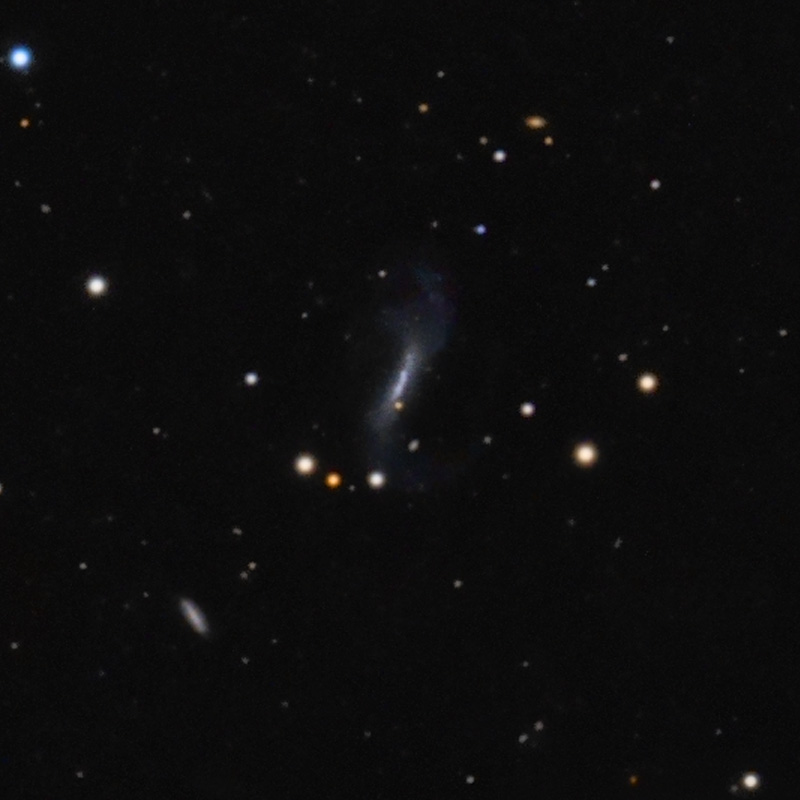