Arp 205 is classed by Arp under \"Material Ejected From Nucleus\". It is also known as NGC 3448 with the nearby, very faint spiral cataloged as \"companion\" by Arp and UGC 6013/PGC 32740 by everyone else. I assume the \"Material ejected From Nucleus\" is the large bright lump somewhat disconnected from the galaxy at the upper left rather than the tidal arms. Arp made no comment to help us know what he was seeing. Kanipe and Webb don\'t offer any suggestions either. Radial velocity puts NGC 3448 at 70 million light years and UGC 6016 at 77 million light years. These distances are likely somewhat wrong as the redshift of both has been altered by their passage by each other. They are likely closer than these measurements imply. UGC 6013 is described by a note at NED as being a disrupted galaxy. This certainly is possible.

Arp included a classification for galaxies that he thought resembled the integral sign. Arp 205 seems to have a dust lane that resembles the integral sign better than any of his galaxies do. NGC 3448 was discovered by William Herschel on April 17, 1789.

Above and a slight bit right of NGC 3448 is the galaxy cluster ZwCl 1051.4+5440. It has two major elliptical galaxies but only one, the one on the left, has attracted a following. The one on the right has only one obvious nearby companion. At the very lower left corner of the full image, a few outlying members of another cluster ZwCl 1053.4+5427 are seen. The former is about 2.1 billion light-years away light travel time while the latter has yet to have its distance measured that I can find. Just not enough grad students to do the work it would seem. The entire field is full of faint, very distant galaxies most of which have not been measured for their distance. 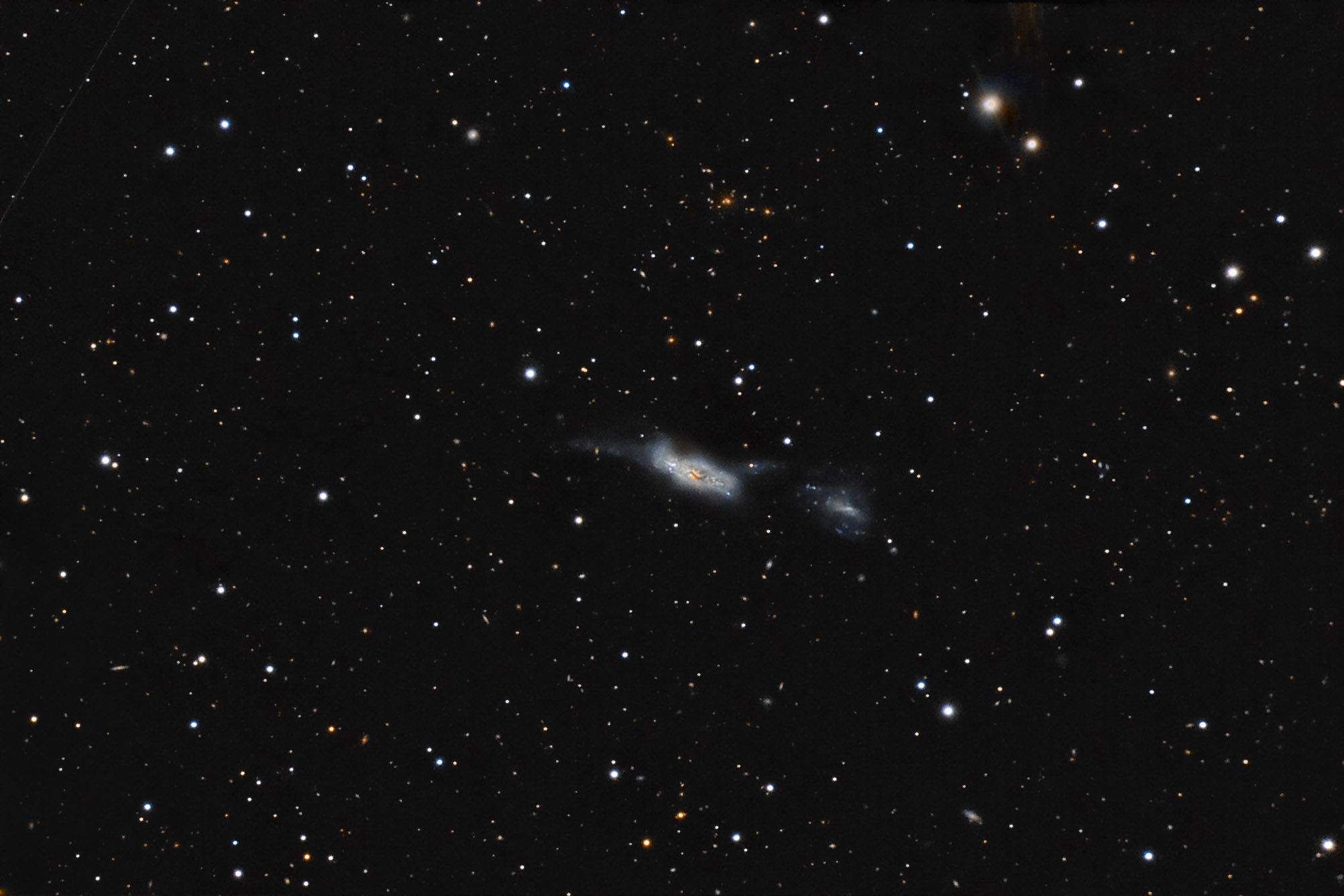 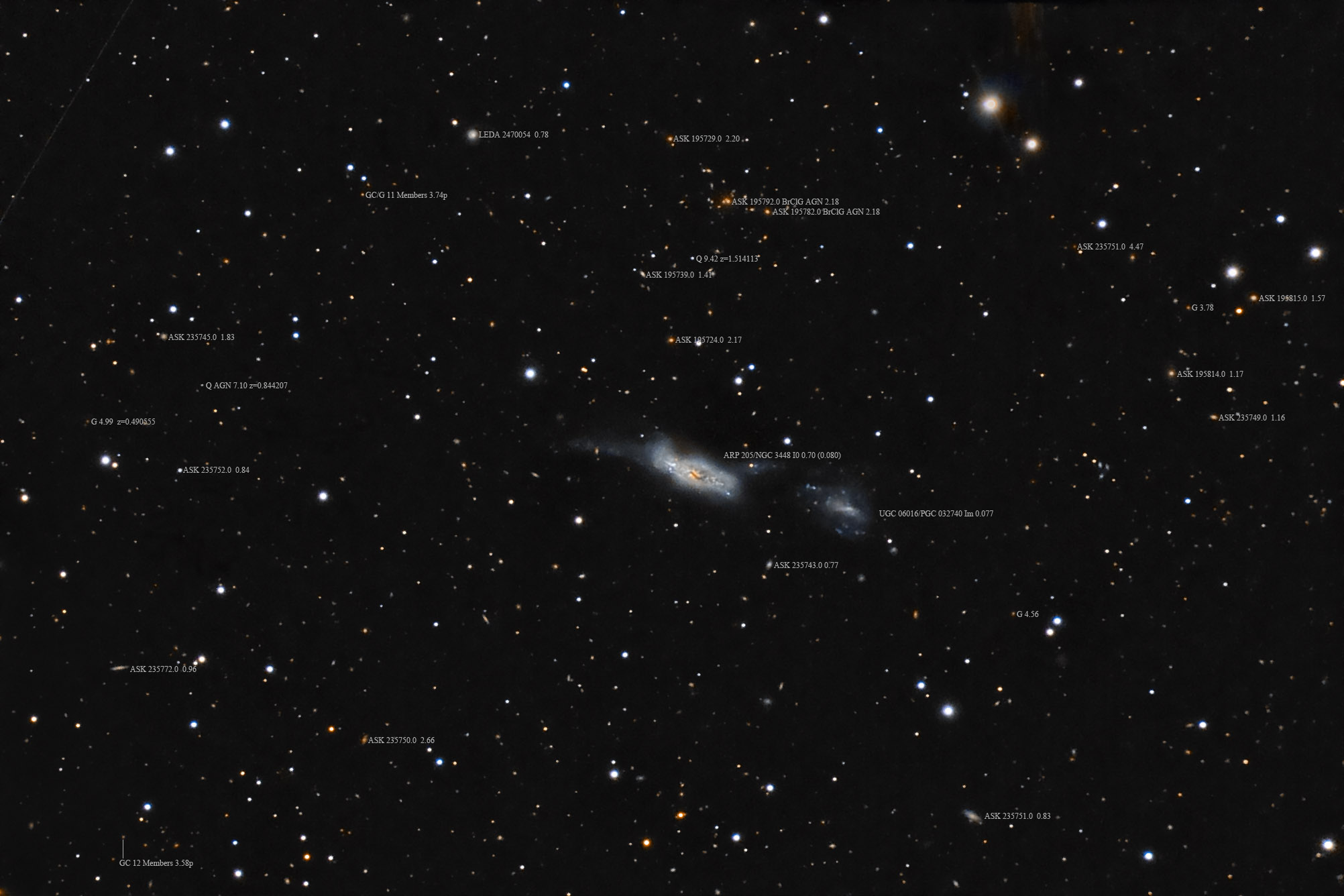