Arp 207 is located in western Draco near the border with Camelopardalis. Redshift puts it about 100 million light-years away. Arp put it in his category for galaxies with material ejected from the nucleus. He seemed to think some features we now consider to be tidal in nature to be material that somehow the core ejected; rather than stars, dust and gas pulled from the outer reaches of galaxies by tidal forces. He left no comment on this one making his feelings on this one somewhat vague other than its category.

I found very little in the literature. Vorontsov and Velyaminov put it in their category for galaxy pairs with satellites on a stem -- Bottle forms. They describe this form as having \"...dwarf satellites connected to the primary by a short thin filament, mostly normal to the surface of the latter. This recalls a mushroom sitting on its stem. It is noteworthy that most primaries appear to be spheroidal, not spiral.\" However, Arp 207 (VV58) is not listed as being typical of the group, likely because the primary is likely a spiral. So they consider it a pair of interacting galaxies, one a dwarf. http://adsabs.harvard.edu/cgi-bin/bib_query?1977A%26AS...28....1V -- a 42 meg PDF so be warned.

The UGC catalog has a different opinion. It is UGC 5050 in their catalog and carries this notation: \"Asymmetric -- Short jet-shaped feature in position angle 50.\" No mention of a dwarf galaxy being involved. But the position angle bothers me. Normally position angle is measured from celestial north (top of my image) through east (left in my image). This gives me a position angle for the jet of about 226 degrees. If measured from the end of the jet to the main galaxy that would be about 46 degrees. Odd way to do it, however.

I prefer the VV catalog take on this one. Note that the entire system is slightly curved with the core slightly north of a line connecting both ends of the system. This would indicate some sort of interaction.

To the northeast (seen in the enlarged cropped image) is CGCG 350-026. NED has nothing on it. Is it related to Arp 207? It certainly looks odd. Reminds me of a distorted Star Trek logo. Is that a star north of the core or part of the galaxy? An odd V-shaped (greater than symbol) comes in from the east ending in a bright region west of the core. Unfortunately, I was unable to find an image of this one on the net with greater resolution than my shot. For now, I\'m calling it the Star Trek Logo Galaxy. http://www.beyondhollywood.com/uploads/2011/09/Star-Trek-Logo.png rotated 90 degrees clockwise. Or maybe a NASA logo http://en.wikipedia.org/wiki/File:Nasa-logo.gif .

NED has no distance data on any other galaxy in the image nor are many of them even listed. This far north, 76.5°, coverage is very poor.

Arp\'s image with the 200\" telescope has south up while I post my images north up. The notch in Arp\'s images usually indicates north in his atlas (at least one exception). Note how the field star partly lost in the overexposed galaxy appears out of round in his image. I can\'t explain this other than an illusion due to how the emulsion he used reacts to \"flashing\". This effect caused an asteroid track in Arp 192 to appear curved. The star is round in my image. 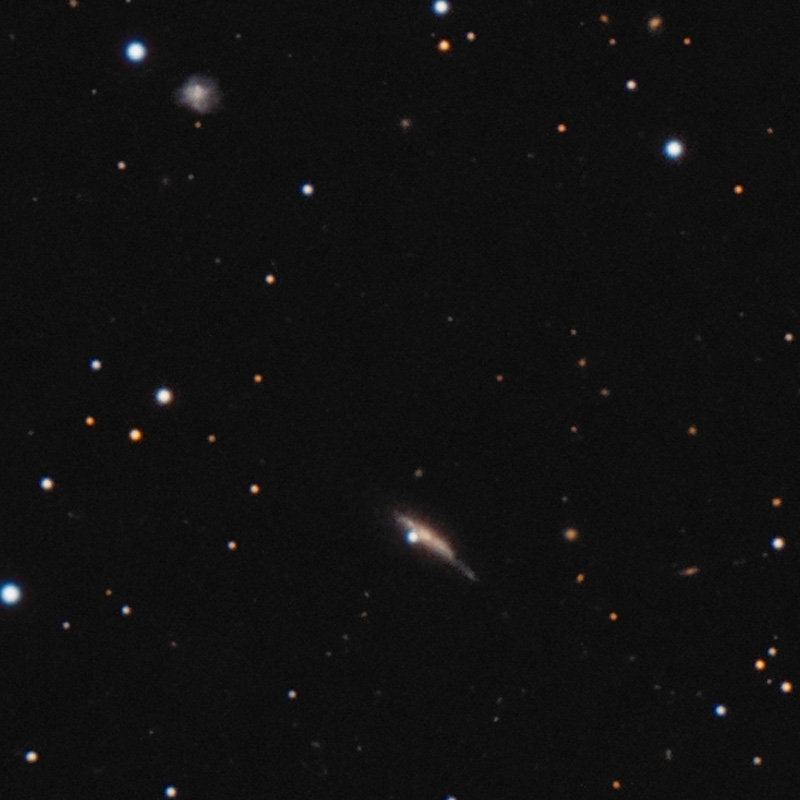 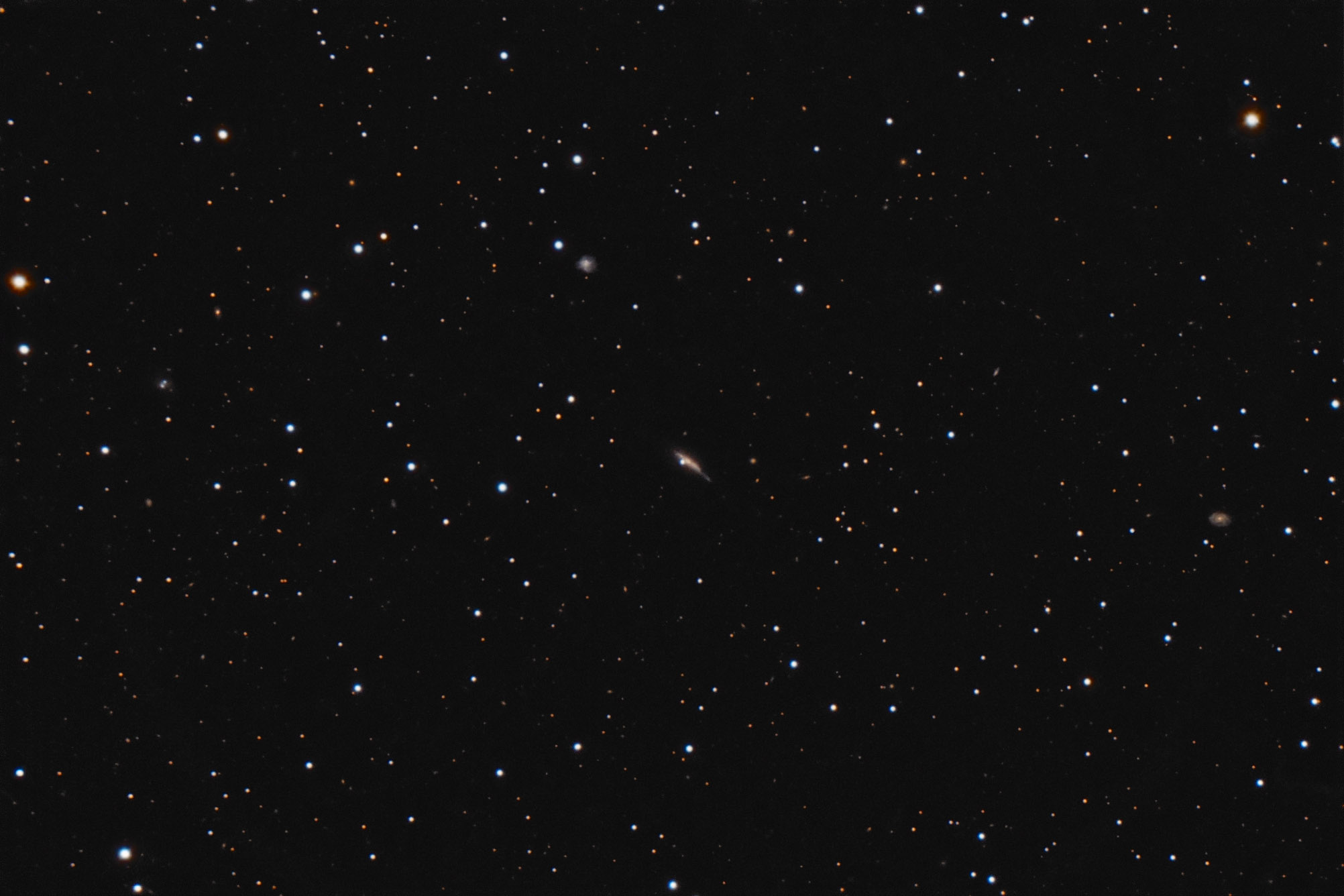