Arp 210 is one I started imaging last winter. Again clouds made getting the data difficult. I wanted some Halpha data to this one but the clouds wouldn\'t let it happen. I forgot about it until suddenly the Hubble site featured it in a press release. So a few nights ago I went back and got some H alpha data. I wanted two hours but only was able to get one before again clouds moved in and now the moon will be in the way when the clouds go away so decided to process what I had since Hubble already scooped me on this one.

Also known as NGC 1569, it is a dwarf galaxy about 11 million light-years distant. NED classifies it as IBm;Sbrst Sy1 meaning it is an irregular galaxy of the Magellanic type with a bar, starburst activity and a very active core reaching Seyfert 1 class. It is one of the most active, if not the most active starburst galaxy known in our region of the galaxy. M82 is the most often imaged by amateurs but NGC 1569 makes M82 look like a placid galaxy by comparison. It is much smaller and for a long time thought to be closer as well. Starburst galaxies are created when they pass by another galaxy and the tidal forces compress cold gas in the galaxy triggering massive star formation. But NGC 1569 is a lone galaxy (we thought). There\'s nothing around it today (we thought). Hubble discovered that instead of 7 million light years away it was really 11 million light years away. The problem is this is a heavily obscured galaxy, hidden behind the dust and gas of our galaxy. This made determining its distance difficult. Now it appears this galaxy is a member of the Maffei/IC 342 group and is likely being squished by the gravity of all the other members of the group. Other well-known members of the group are Maffei 1 and 2. All of these are located in the constellation of Camelopardalis (the giraffe). It was discovered by William Herschel on November 4, 1788. It didn\'t make either of the Herschel 400 observing programs.

You can read about what Hubble found at:
http://hubblesite.org/news_release/news/2008-38
The Hubble image is taken solely in Hydrogen Alpha light as well as some other narrow elemental bands to show all the ionized hydrogen being thrown out of the galaxy by the solar gales created by the massive stars formed in the galaxy. Thus this process is actually stripping the galaxy of its dust and gas such that it likely will not have any left in a few more hundred millions of years. At least none that is cold enough to form stars.

In my image, only the areas in which ionized hydrogen light is brighter than that of the massive stars show as pink while in the Hubble image that was basically the only light used so starlight is suppressed allowing the hydrogen to dominate the image. In astronomy, the wavelengths used to image an object can make it look very different and how they are combined can make a great difference as well. 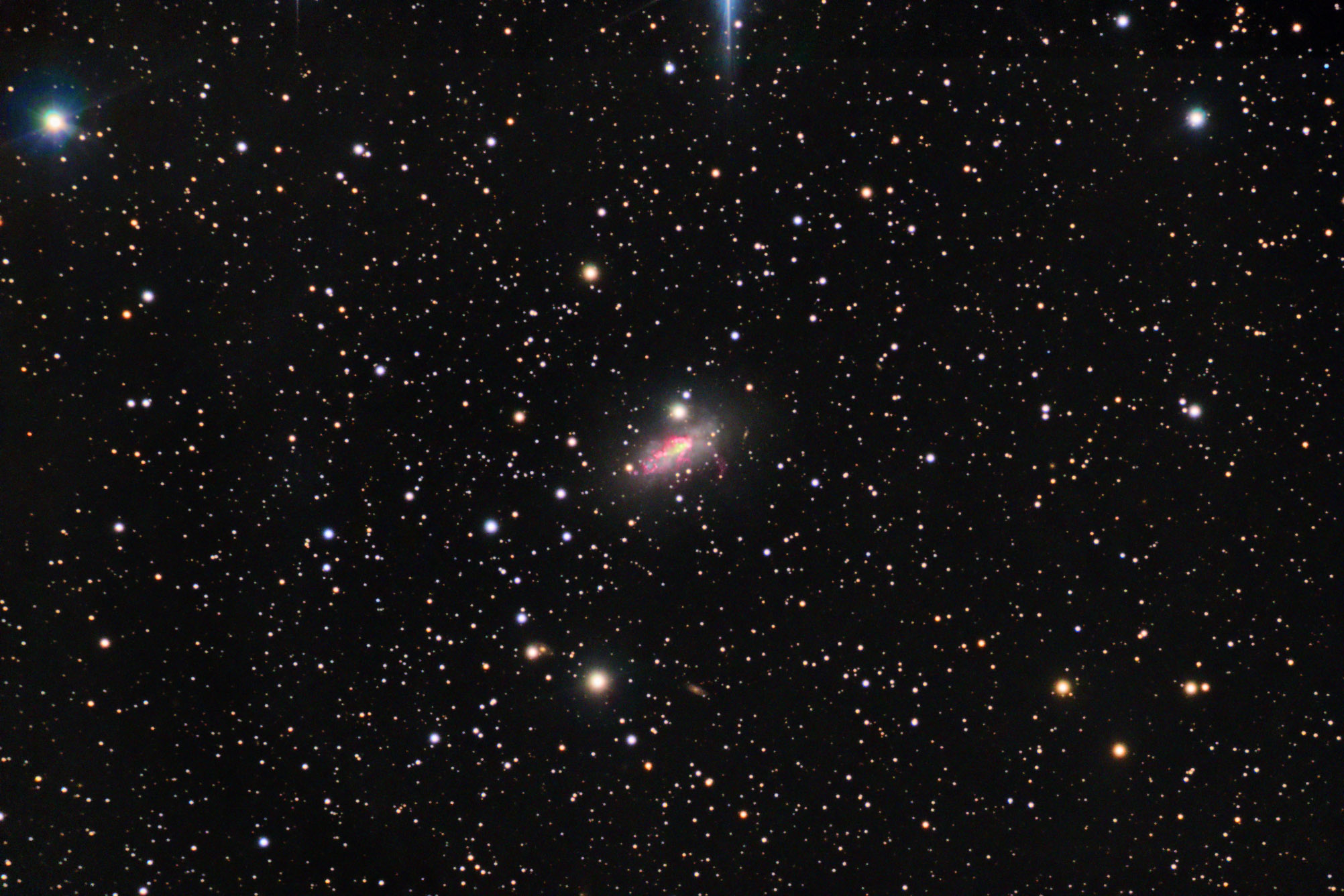 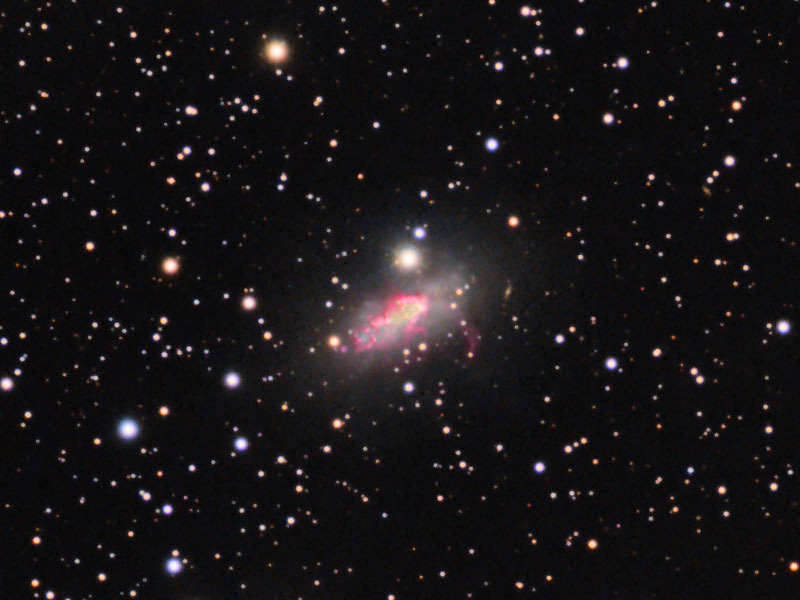