Arp 211/UGCA 290 is a dwarf galaxy in Canes Venatici. It is a possible member of the Canes Venatici (CVn) galaxy cloud. Arp put it in his atlas under Galaxies: Irregularities, Absorption and Resolution -- whatever that means. His image of it is one of the best he took with the 200\" resolving it into stars. I wasn\'t able to do that on the night I took it. I need a night of better seeing. I only picked up the brightest one and hints of a few others. While redshift data puts it a bit over 30 million light-years out this seems way too far for such resolution. Studies with the Russian 6-meter telescope using those bright blue stars put its distance at more like 10 million light-years though a more recent study using the tip of the red branch puts it at 22 million light-years. If the former it would likely be a member of the CVn group (a subgroup of the CVn Cloud that includes M94). Most lists of the group don\'t include this galaxy. Still, 22 million light-years seems a bit far to me. I flipped a coin but it came down on edge.

NED indicates it is two galaxies that are merging. This doesn\'t appear to be the case. Just that there are condensations of new stars at the north and south ends of the galaxy. But it does have two designations in some catalogs. Also, one note at NED says: \"double system, contact; disrupted.\" Arp\'s comment: \"Resolution into Stars\" doesn\'t help settle this issue. Still, the most current analysis of the galaxy using the Hubble Space Telescope considers it one dwarf galaxy. The paper is at http://iopscience.iop.org/0004-637X/567/1/258/pdf/54424.web.pdf .

Toward the bottom center, you will see lots of faint galaxies. These are in the ZwCl 1235.0+3852 galaxy cluster. No distance is given for Zwicky clusters. NED says it has 93 members in an 18 arc minute circle.

The field is devoid of nearby galaxies. Still, I prepared an annotated version as there are some quasars and a few of the very distant galaxies did have redshift data. Note there are no galaxies anywhere near as close as Arp 211 on the image. This though is misleading. At its close distance, related galaxies can be several degrees away. In fact, while the nearest is 43.5 minutes away there are some 100 or so close enough in actual distance that NED considers them possible members of the group. If we were looking from a more distant vantage point the area would look rather crowded with galaxies. We\'re just too close to see the forest for the trees as they say. Still, I don\'t see this one as a merger candidate.

I\'ve included the HST image in green light which I did a quickie process of from the Hubble Legacy Archive. The northeastern part of the galaxy was out of the frame, unfortunately. 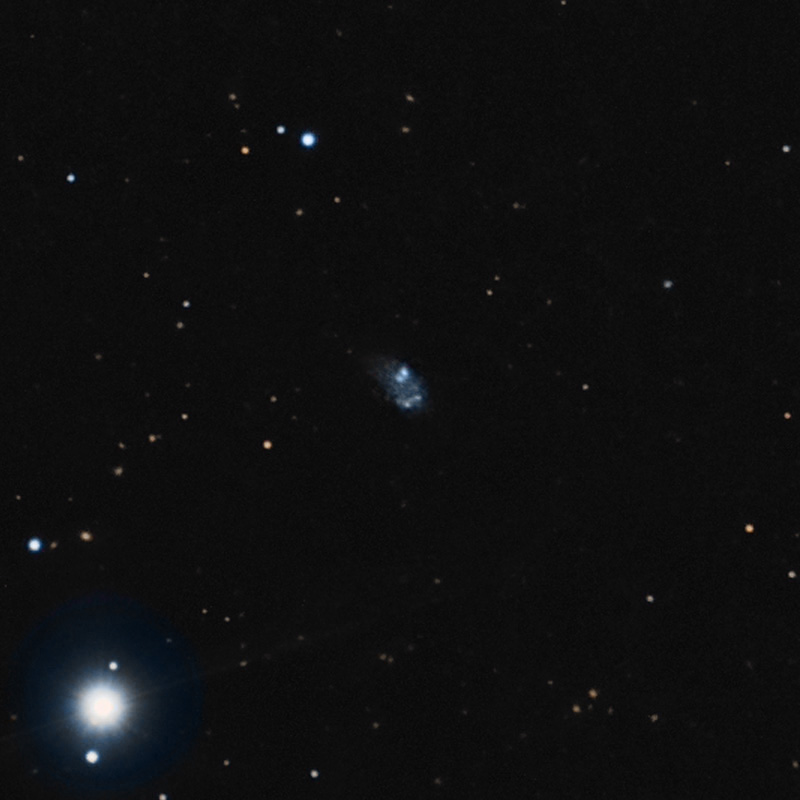 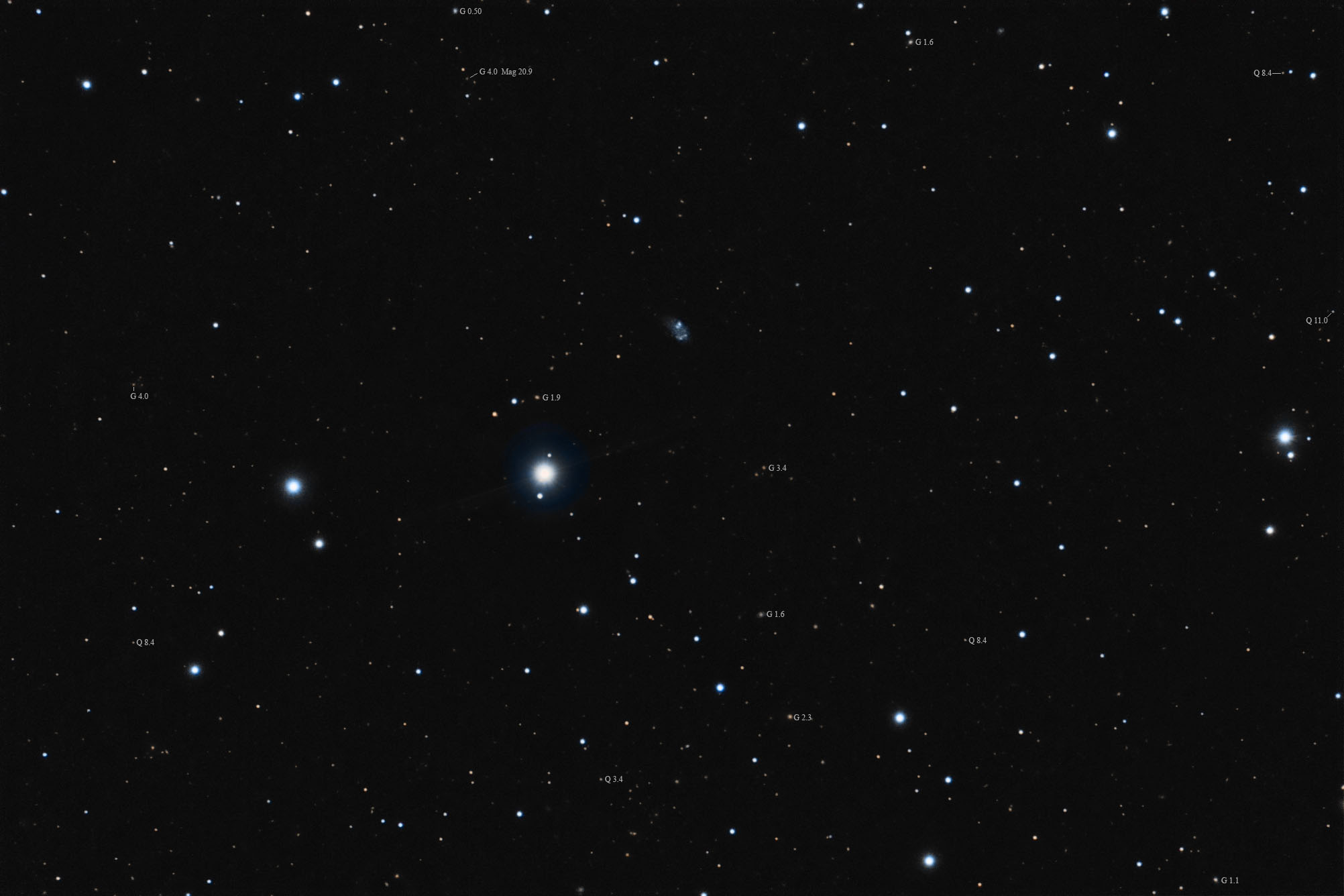 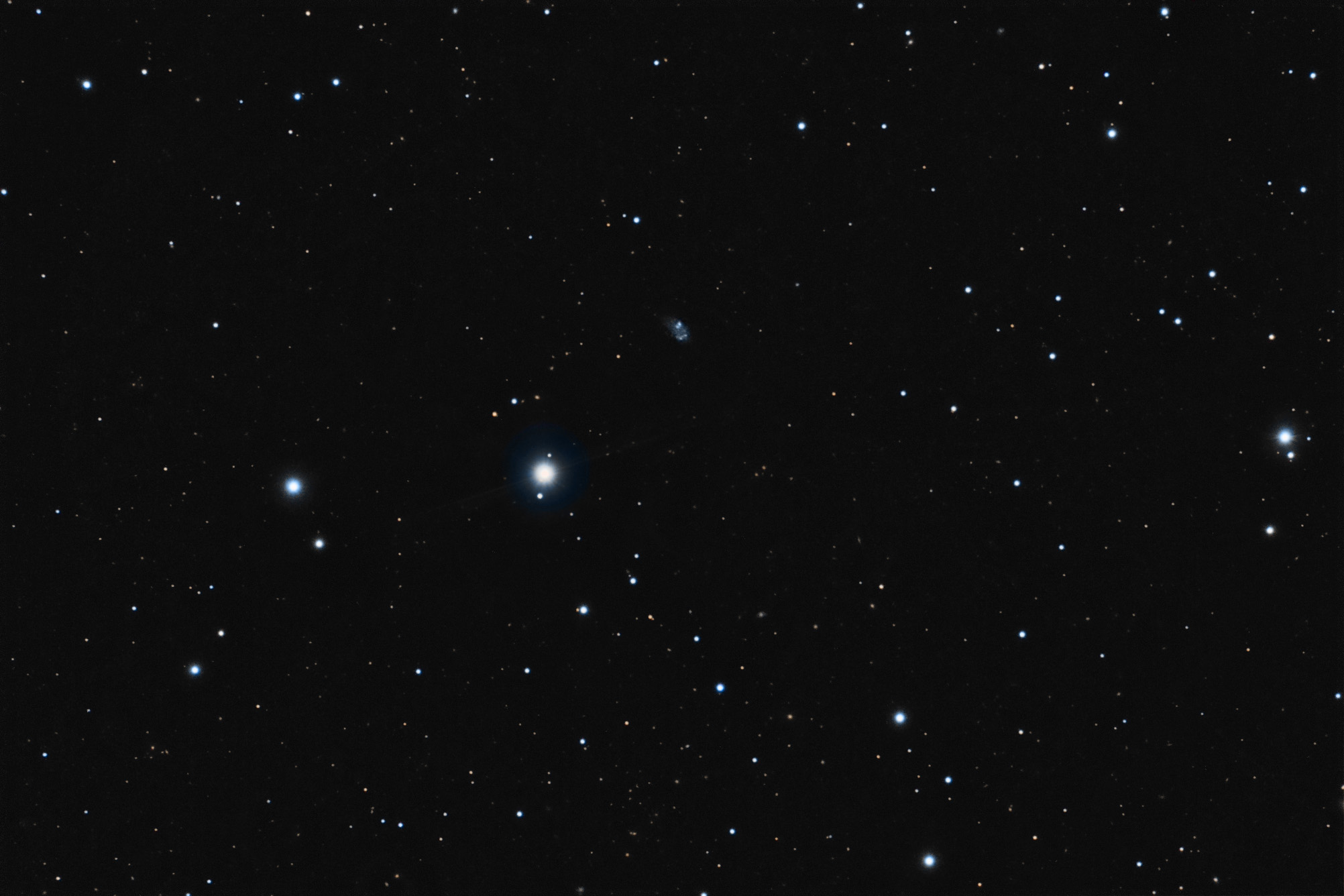 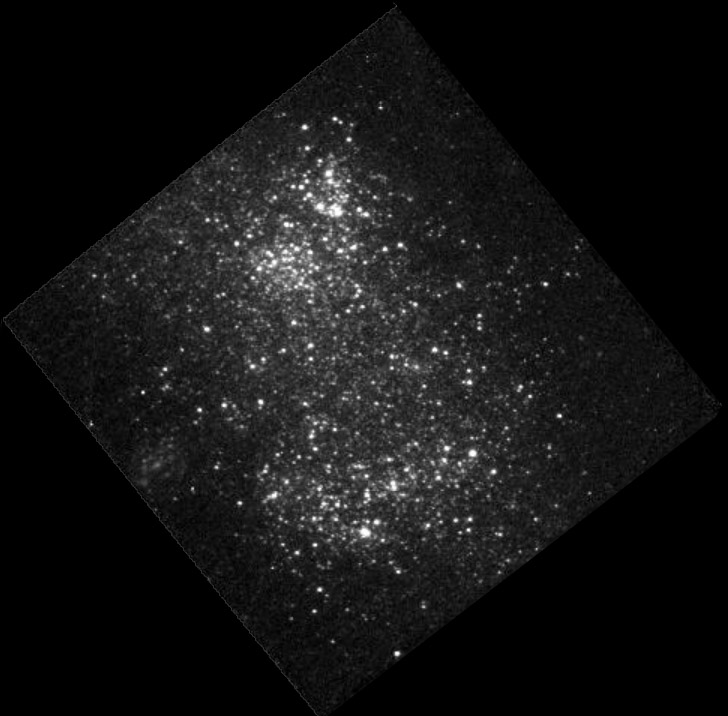