Arp 213/IC 356 is a heavily obscured galaxy seen through the dust of our own galaxy. It is found in the constellation of Camelopardalis not far from its far more famous neighbor IC 342. I do need to retake that one as I severely underexposed it. Arp 213 is a couple degrees further north and thus in my Polaris tree. I had to do some very fancy processing to return the stars to a round shape. It took nearly a week of work and pondering the situation to whip this one into submission. Probably the most difficult processing I\'ve succeeded in turning into a usable image. Pine needles make for some very odd diffraction effects in the raw images. Blue frames were deepest in the needles so there are some real issues with the blue data on this one. Nothing I can do but cut down the tree which acts a snow fence keeping a lot of snow from the observatory roof.

Arp 213 is classed by Arp as; \"Galaxies (not classifiable as S(piral) or E(lliptical: Irregularities, absorption and resolution. Often I don\'t know what he is referring to but in this case, it is obviously the odd dark band that forms a radial spoke. \"Faint straight absorption lanes lead toward nucleus, become triple\" (Arp). Near the core it splits into three parts, one goes to the east of the core, one to the center and another to the west side of the core. Is this a feature of the galaxy or a dust lane in our own galaxy? I couldn\'t find a definite answer to this. Redshift data puts it at about 40 million light years. The spiral galaxy below it and a bit left is UGC 2955 and it too is about 40 million light-years away. They likely are part of the same group but I see no sign of interaction between them. So if the dark radial lane is due to interaction with another galaxy, where is it?

The interesting looking galaxy east (left) of UGC 2955 is 2MFCG3399 but there\'s no redshift data on it. It is classed as S0 rather than an edge on spiral. It appears warped to me. The only other galaxy with redshift data is the one east and a tad north of Arp 213. It is LEDA 166486 and is listed at about 220 million light years. It is classed as either elliptical or undetermined by the sources I found. 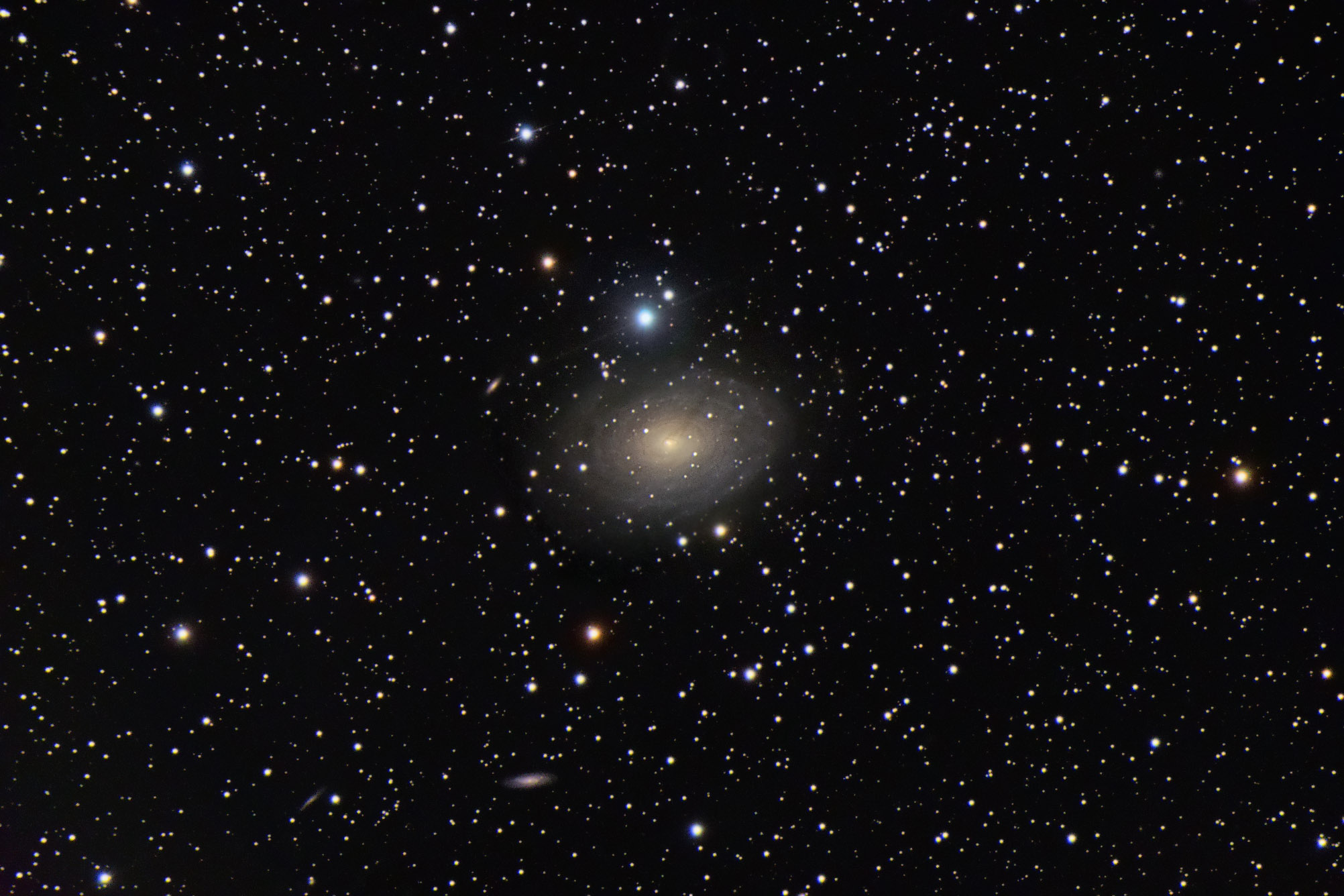