Arp 225/NGC 2655 is a nearby strange galaxy in Camelopardalis. Redshift puts it about 65 million light-years away though a Tully estimate says more like 80. I\'m going to go with the closer figure as even that distance makes it a huge galaxy some 170,000 light-years across. The more distant estimate makes it about 210,000 light-years across. I doubt it is that big. The galaxy was discovered by William Herschel on September 26, 1802. It is in the original Herschel 400 observing program. My notes made on the night of April 14, 1985 at 100x under fair conditions using my 10\" f/5 reads: \"Small, faint, circular puff of a galaxy with a small but not starlike nucleus.\"

It is obviously a highly disturbed galaxy. Arp put it in his class for galaxies with amorphous spiral arms. He said of it: \"Very faint diffuse outer arms, absorption one side of nucleus.\" NED classes it as SAB(s)0/a while the NGC Project says S0/Sa. Several papers call it a Seyfert 2 galaxy. I found only one paper addressing the \"amorphous\" arms. It refers to LEDA 3085822 which is the large rather evenly faint blob to the northwest (about 2 O\'clock) near the upper right corner of the enlarged, cropped image. The paper refers to it as An 0849+78. http://adsabs.harvard.edu/cgi-bin/bib_query?1996A%26AS..117..343K It says: \"An 0849+78 is located at the extension of an outer spiral arm of NGC 2655 and seems to be connected to it by a very faint bridge. Its isophotes are of regular shape; a faint elongated nucleus is marginally visible. The light profile is probably non-exponential, but its outer part is poorly determined due to the uncertainties in background subtraction. The HI observations show that An 0849+78 is confused by NGC 2655, at V_h_ = 1400 km/s. To calculate the absolute characteristics we use for An 0849+78 the distance of NGC 2655. If An 0849+78 is a bound (dwarf spheroidal) companion of NCC (sic) 2655, its survival in the gravitational field of the bright galaxy is problematic. New multicolour photometry and HI observations are needed.\"

So it appears the \"arms\" could be really the tidal tail of a dwarf galaxy being pulled apart by NGC 2655 as it orbits the much larger galaxy. NED gives the \"blob\" almost the same redshift as Arp 225 which supports this idea. The dust near the core likely is from this now almost annihilated galaxy. While I found no paper willing to go this far it seems the most reasonable explanation of what is going on here. Besides the above paper, another would go this far: \"NGC 2655 = Arp 225 is an Sa galaxy which shows traces of a strong interaction or merger event: faint outer stellar loops, extended HI-envelope (Huchtmeier & Richter 1982). The bulge in NGC 2655 is especially large (Table 4). The central dust-structure (Erwin et al. 1996) is probably the reason for the disturbed fit residuum there.\"
http://adsabs.harvard.edu/cgi-bin/bib_query?2001A%26A...368...16M

Yet another paper coming close to saying these loops are due to galaxies being destroyed is:
http://iopscience.iop.org/1538-3881/135/1/99 but put on your hip waders if you haven\'t already.

There is an odd, likely background galaxy seen right through the outer parts of Arp 225 almost directly north of the core. It might be two galaxies superimposed or even a star and galaxy. This is almost certainly a background object(s). In any case, the two look somewhat like a comet. The only thing NED shows at almost that position (about 1\" different from its centroid) is the infrared source 2MASXi J0855445+781451. It doesn\'t indicate this is a galaxy but it just might be this object. In fact, NED has very little on this field which is common for these galaxies up near the celestial pole. It has a redshift for only one other galaxy, UGC 04701, the nice Sd: near edge on spiral east of Arp 225. It has about the same redshift as the other two so they are likely part of a group. Two-thirds of a degree east of Arp 225 and well out of my image is a very nice spiral NGC 2715 also with a similar redshift. It is a nice spiral showing little sign of being disturbed. It went on my to-do list once I could reach this far north but weather last year prevented any of its photons being captured. (It has been taken since this was written). 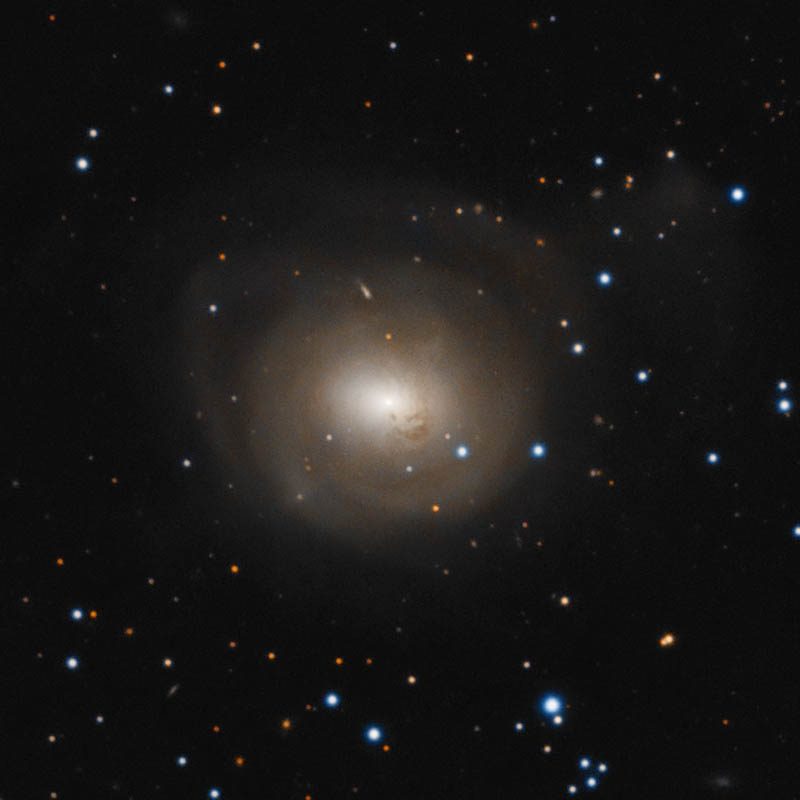 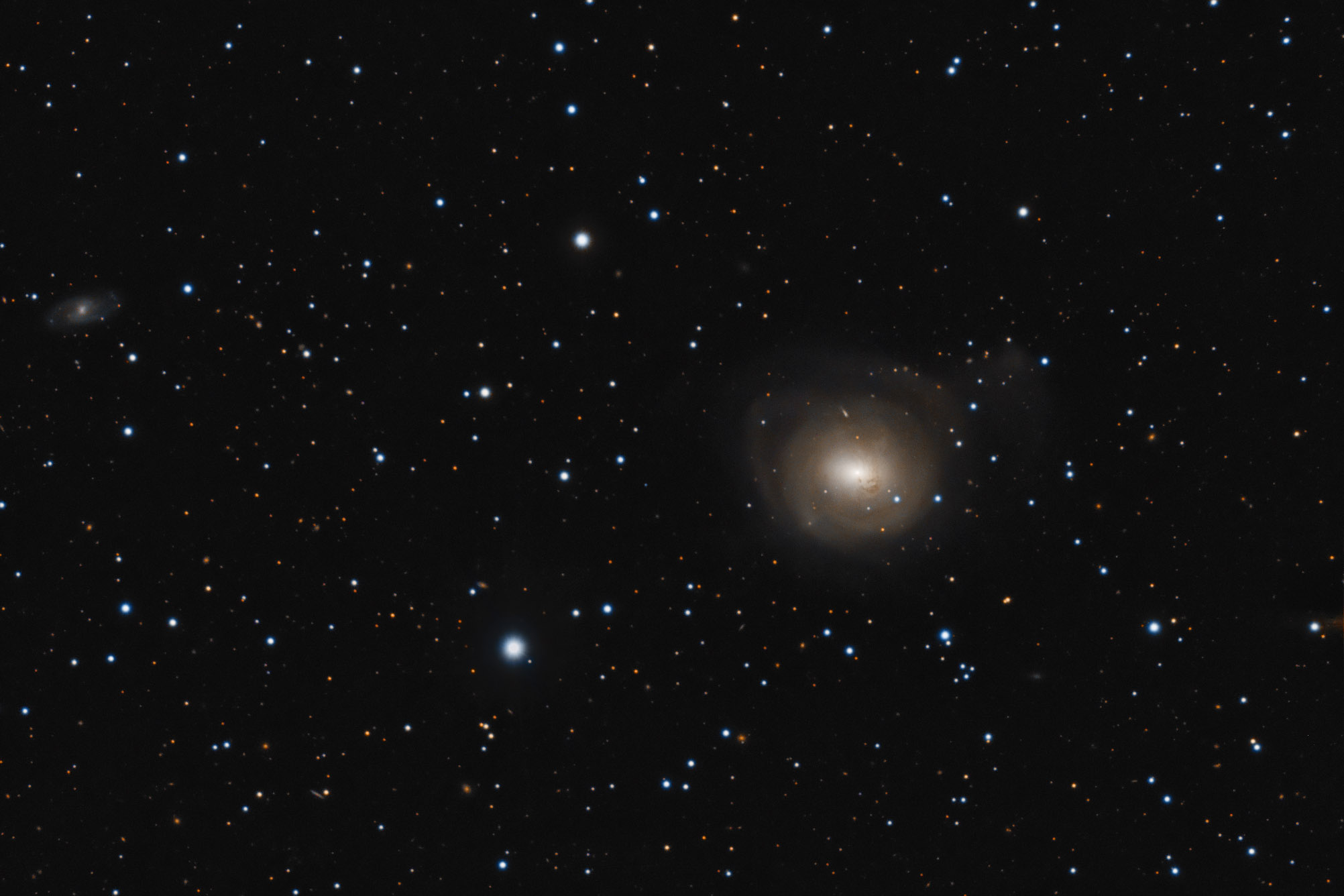