Arp 230/IC 51 is a small galaxy about 62 million miles from us in the western end of the constellation of Cetus the sea monster, north of Beta Ceti. Arp put it in his category of galaxies with concentric shells. His comment: \"Inner and outer shells visible in direction of axis only.\" It is now thought to be a polar ring galaxy and the result of a merger of two galaxies sometime in the past. It is quite small even now so these weren\'t Milky Way size galaxies before the merger. Note in my image that there appears to be some faint debris of the merger to the south-southeast. I suspected it to be just a reflection but moving the scope didn\'t alter it as it would a reflection so it must be real. I forgot to move it back after the test so it is off center. The galaxy was discovered by Stephan Javelle on August 30, 1892.

The Hubble Space Telescope took a high-resolution image of the core of this galaxy. Colors don\'t match mine but that could be due to the filters used. I didn\'t go back to the original data and see what filters were used. For once the image is oriented the same as mine. I see no sign of a double core but they may have merged or are hidden behind our apparently near edge on view. Looks to me like the arms belong to one galaxy while the north-south elongation may reflect the axis of the other galaxy. I\'d love to see it in 3D. NED classes it as S0 pec?. It is listed as PRC B-01 in the Polar Ring Catalog.

The field is very uninteresting with little in the way of faint background stars or galaxies. Only one other galaxy has a redshift given. Find the brightest orange star near the upper right corner and go east, left. First, you come to a star with an edge on galaxy just above and right of it. Nearby directly east is 2MASX J00454753-1320157, a rather orange elliptical looking galaxy with a redshift of 1.6 billion light years. The edge on is the anonymous galaxy APMUKS(BJ) B004314.84-133646.7. There\'s an interesting looking, very blue, galaxy due east of Arp 230 about 60% of the way to the edge. It is yet another anonymous galaxy APMUKS(BJ) B004436.29-134249.9 in that all we have on it is what an automatic plate measuring engine found, mostly position and magnitude. That\'s the way it goes with this field.

If you enlarge the field about 2x a lot of faint fuzzies start to appear but otherwise, it is a pretty dull field but for Arp 230. 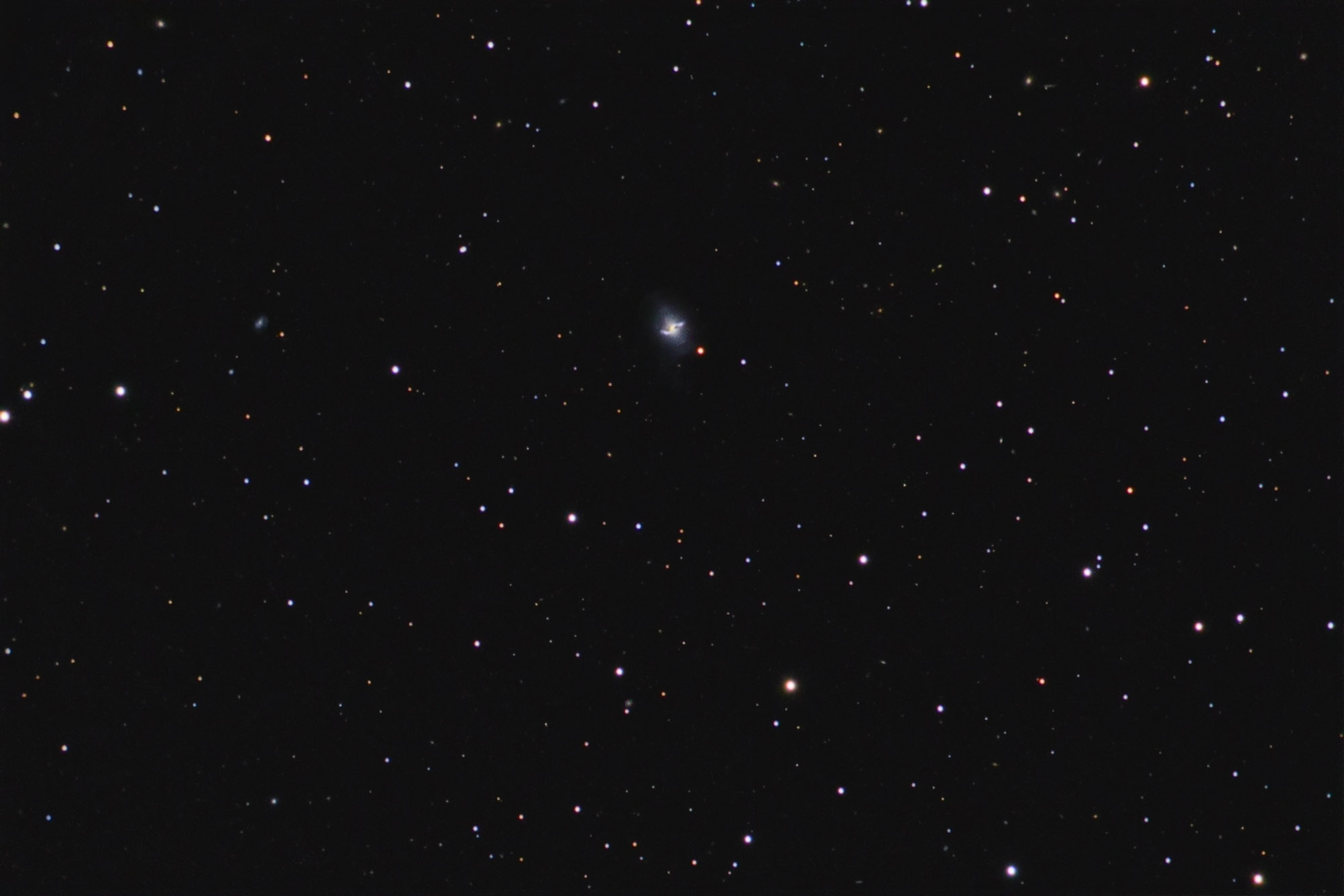 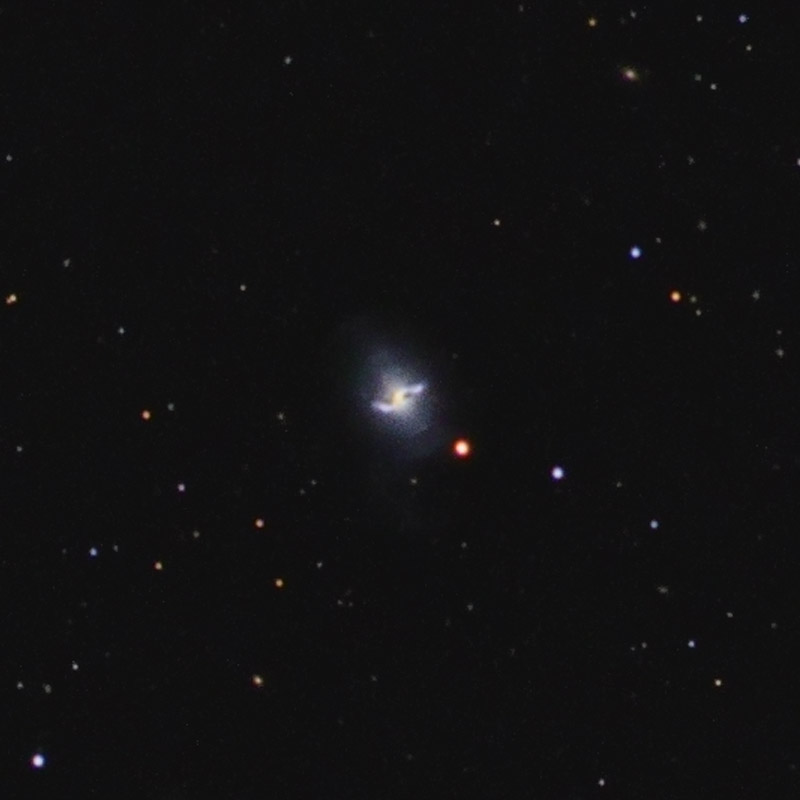