Arp 237 is part of the Hickson 38 galaxy group. It is a 4 galaxy group with Arp 237 being two. The third is the spiral to the southwest. These three are a physical group. The fourth, Hickson 38D to the west-northwest of Arp 237 is a line of sight member of the group being over nearly three times as distant at almost 1.1 billion light-years. The pair constituting Arp 237, UGC 05044 or Hickson 38B and 38C, as well as the third physical member, Hickson 38A, CGCG 062-036 are all about 410 million light-years distant.

NED classes both members of Arp 237 as S? galaxies one place but another says the western member is SBd while the eastern is Im. S? seems more like it to me for both. Arp put them in his class: Galaxies: Appearance of Fission. His comment reads: \"Knots in arm as large, not quite as bright as nucleus.\" I assume he means the two blue knots in the western member (Hickson 38B). Though I don\'t see them as nearly as bright as the nucleus, even in Arp\'s blue sensitive image. Though there they are brighter than in my or the SDSS images. The nucleus of the eastern member seems double. The SDSS image hints that this is an illusion and the elongation is a blue star-forming region tight to the core of the galaxy. My color data wasn\'t sufficient to separate it from the core.

This is another field covered by the SDSS that has no redshift data except for the Hickson 38 group itself and a candidate galaxy cluster NSC J092805+122404 at a photographic redshift of about 2.4 billion light-years. You can find it easily west of the bright late G star near the western edge a bit north of Arp 237. There\'s a lot of faint fuzzies in that area. Though the center position seems off to the NW of what appears the center in my image by a couple minutes of arc. Still, I think this is what it refers to.

There are two asteroids in the image. The brighter and easiest to see is west of Hickson 38A a bit less than 3 minutes of arc and is just beyond a fainter star. That one is (195646) 2002 NN36 at magnitude 19.1. The other is 5 minutes south of Arp 237 just above a faint round galaxy. It is (233778) 2008 TK164. At magnitude 20 it is a bit hard to spot. You will likely have to enlarge the image and possibly brighten your screen to find it. When I have many asteroids in the image I process the image such that they are not reduced in brightness due to being in only one frame of 4 at the same position when the data is combined. This normally reduces their brightness by a factor of 4. When I have a lot of asteroids I use a \"lighten\" combine that picks up the brightest pixel of each image in the stack. All but the asteroids is then deleted and this pasted on top of the normal combine image. 69That\'s a lot of work so I didn\'t do it for this image. I spent the day blowing snow from my 1 km road instead. It\'s one snow storm after another right now. 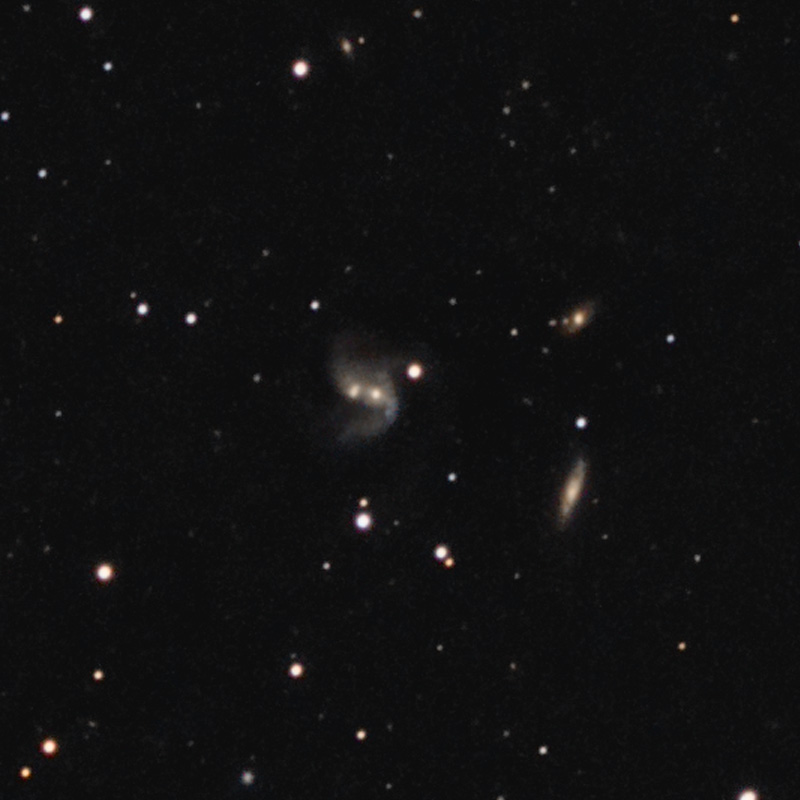 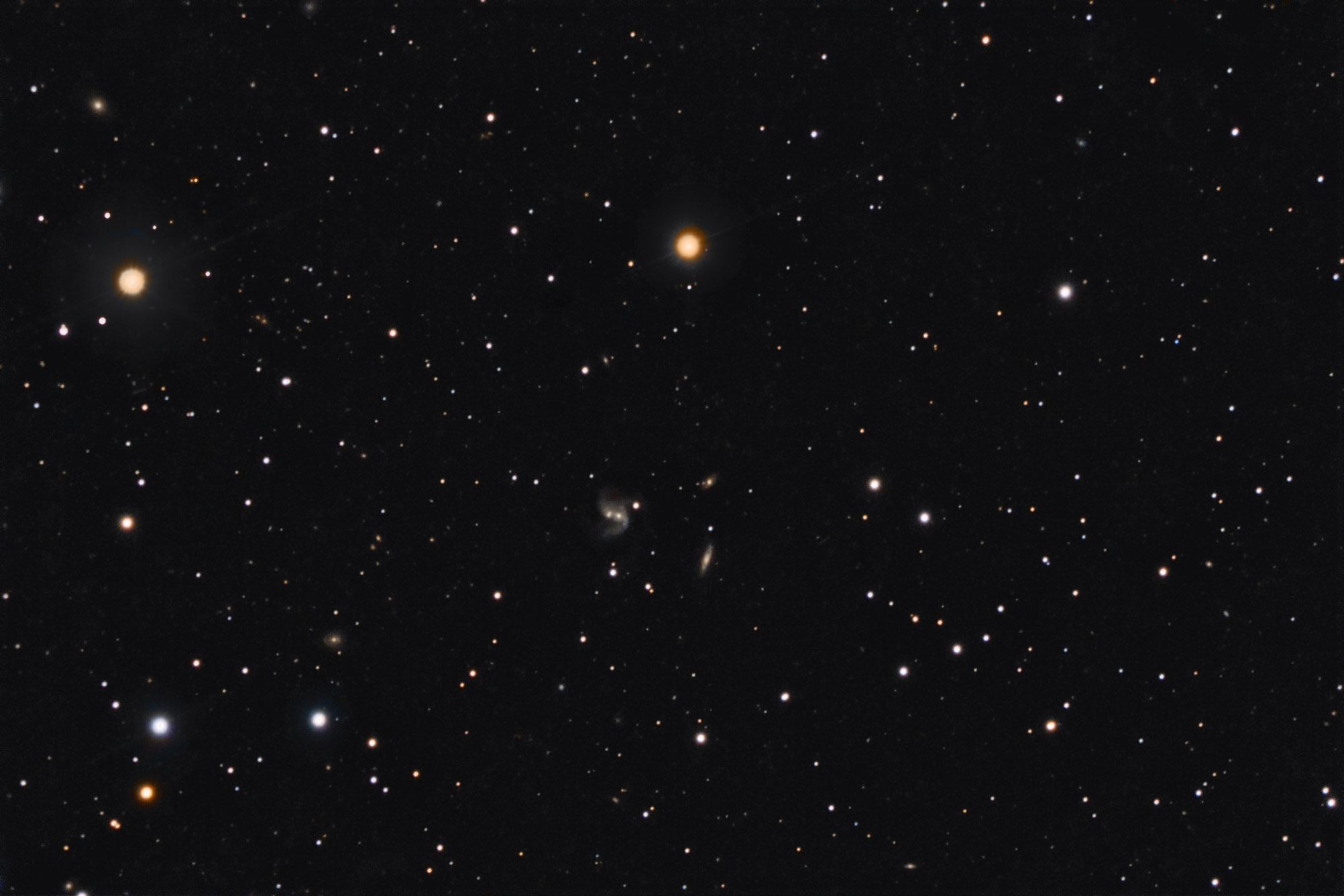