Arp 240 consists of two spiral galaxies pulling material out of each other making a bridge between the two. Arp classified them under \"Appearance of Fission\". This is the same classification of \"The Mice\" and \"Antennae\" galaxies. Located some 300 million light-years from us I didn\'t get a lot of detail but you can see the bridge that connects the two galaxies. The two galaxies are NGC 5257 (right) and NGC 5258. About the same time I was taking this Hubble released a series of such colliding galaxies that included this pair. Here\'s a link to Hubble\'s image of this pair with a bit more about them.
http://hubblesite.org/image/2291/news_release/2008-16g

NGC 5257 (right galaxy) is listed at NED as SAB(s)b pec;HII LIRG LIRG stands for Luminous Infra Red Galaxy. This usually means there\'s a lot of star formation going on behind dust that the stars heat creating the infrared light. NGC 5258 on the left is classified by NED as SA(s)b: pec;HII LINER. They were discovered by William Herschel on May 13, 1793 but didn\'t make either of the Herschel 400 observing programs. 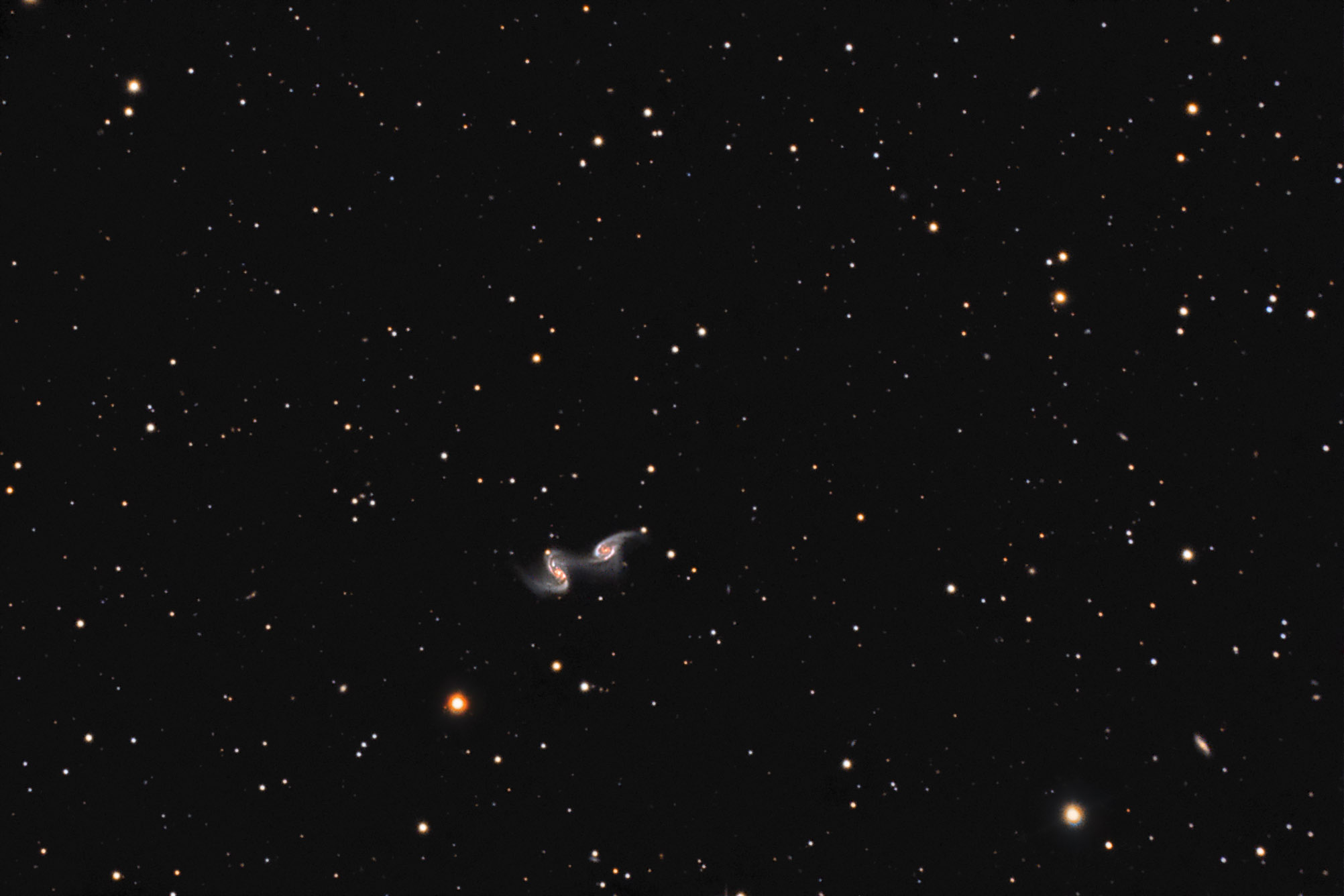 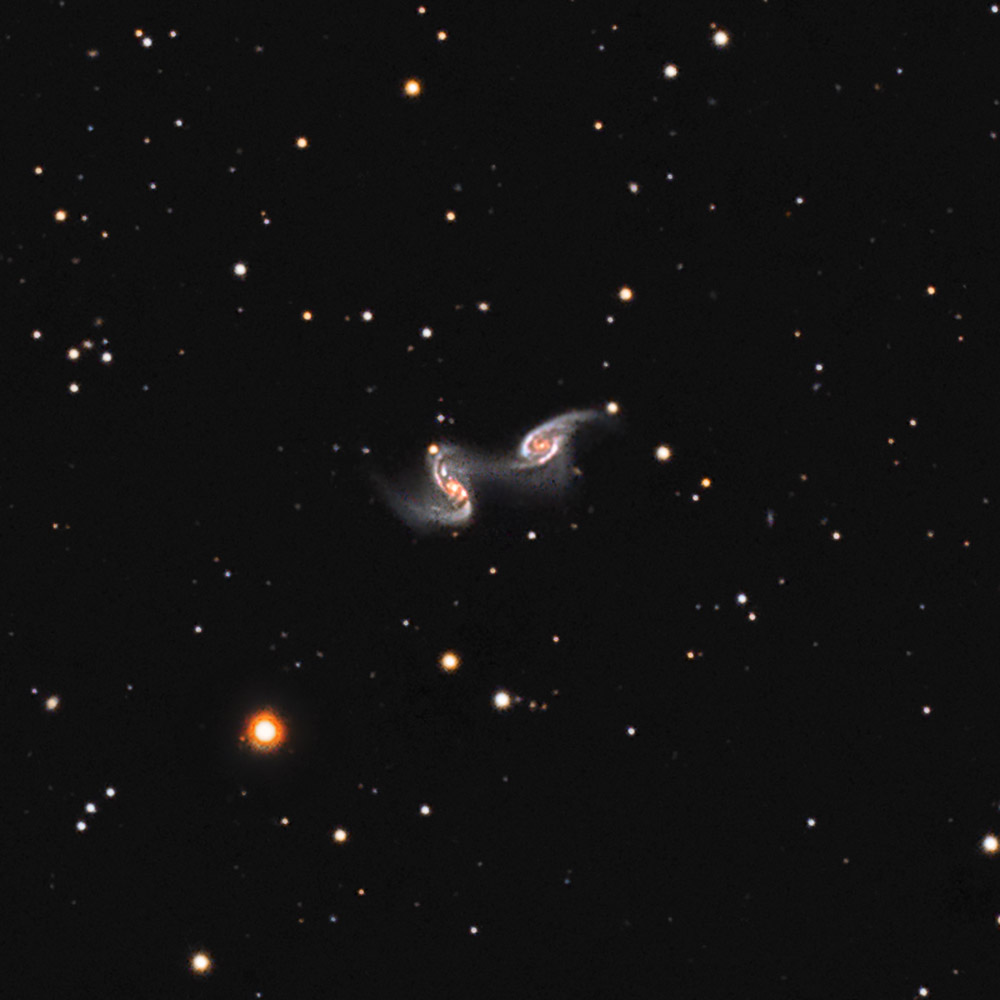