ARP 242/NGC 4676/The Mice is a famous pair of interacting galaxies in northern Coma Berenices about 300 light-years distant. While the NGC designation applies to both galaxies the northern one is IC 819 and the southern IC 820. This apparently was because William Herschel saw it as one object though did note it as a \"possibly bi-nuclear\" nebula when he found it on March 13, 1785 but Rudolf Spitaler recognized two when he recorded it over a century later on March 20, 1892. He recorded it as IC 0819 and IC 0820. It didn\'t make either of the Herschel 400 observing programs.

Arp put it in his category for galaxies with the appearance of fission. It should be the appearance of colliding. While they are obviously interacting as shown by their long tidal tails but I can\'t say from the image if they are actually colliding or just passing by. Most papers say they either have already or will collide and merge after whirling about their center of gravity several times. NED classifies the northern galaxy simply as Irr AGN and the southern one as SB(s)0/a pec AGN. Arps comment on this entry reads: \"Very thin bright tail from north nucleus which has strong absorption.\"

One simulation of their interaction shows they will merge the next time around. While seen from our perspective you can see the \"straight\" tail of the northern galaxy is straight only due to our perspective. It is really broad and curved the same as the southern one. Its brightness may be mainly due to it appearing much thinner from our perspective. https://www.youtube.com/watch?v=pjjRfOT87Wc A Hubble image can be seen at http://hubblesite.org/image/1191/news_release/2002-11

This data was taken in 2007 and reprocessed several times. Fortunately, it was taken on a good night when I could work at 0.5\" per pixel as my imaging skills were poor in 2007. Reprocessing can help but can\'t make up for my poor techniques back in 2007. I need to retake this one. For now, this will have to do. 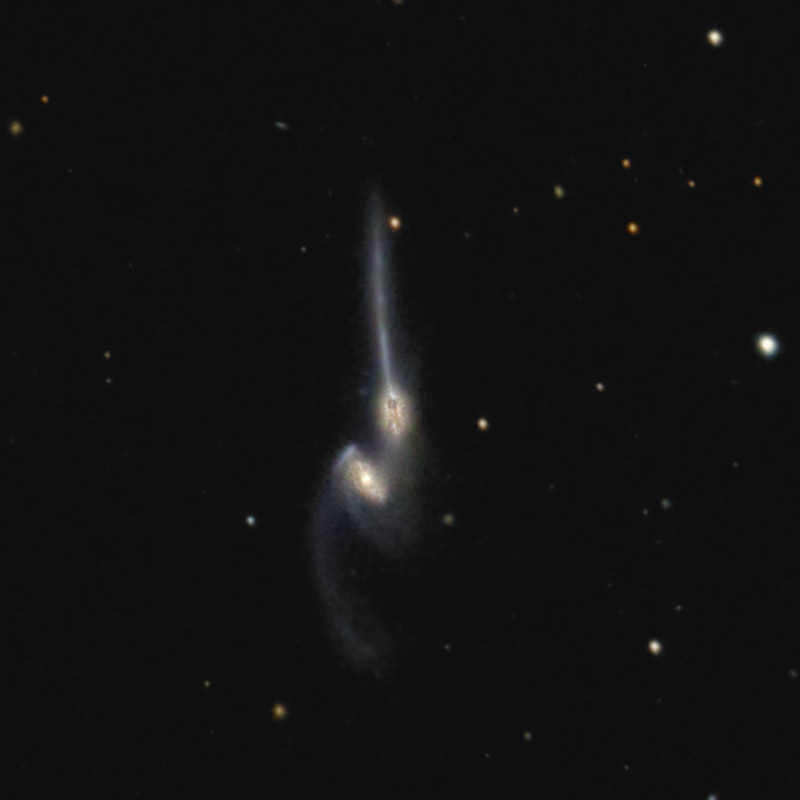 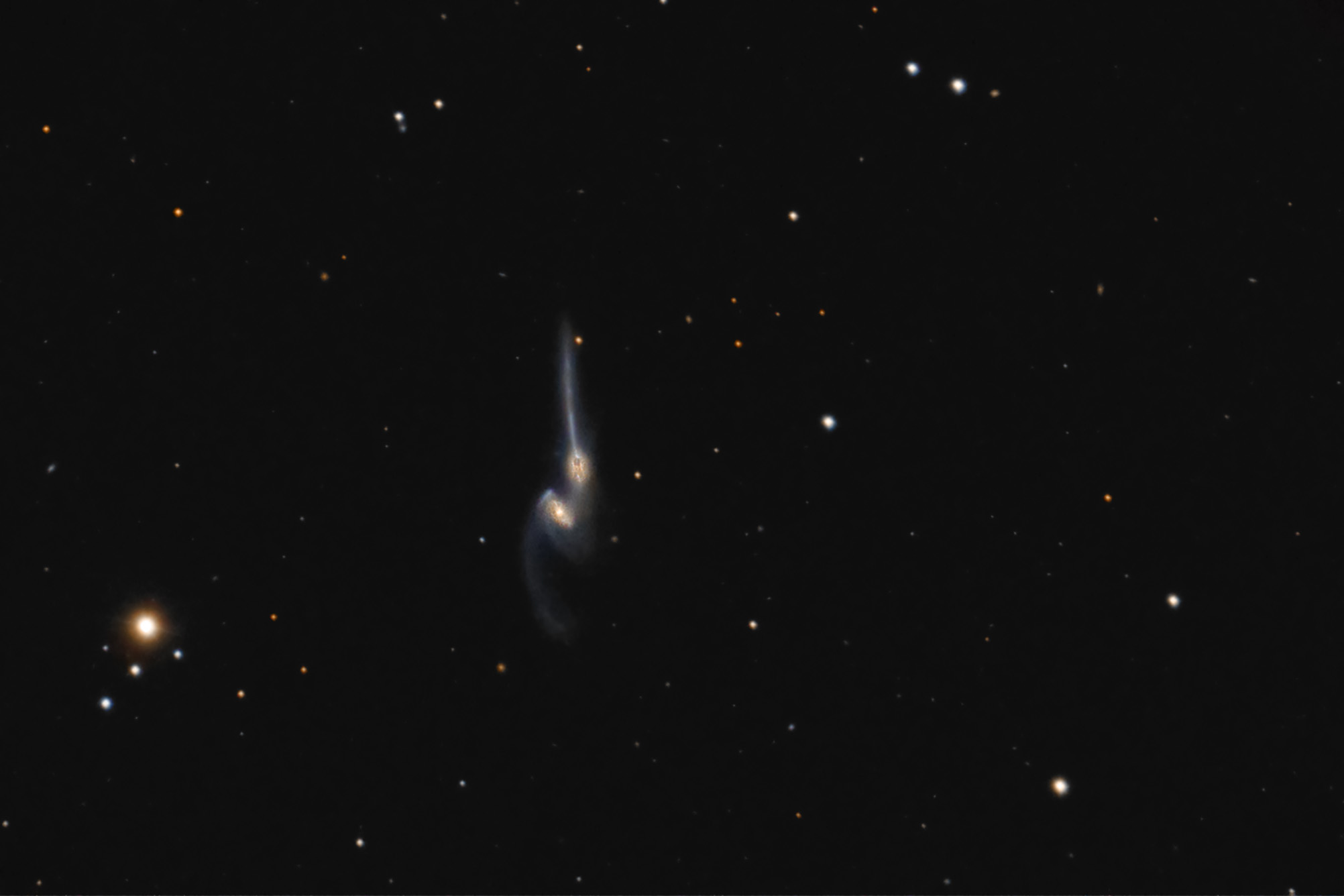