Arp 246/NGC 7837-8 is a pair of spiral galaxies Arp put in is very oddly named category for galaxies with the appearance of fission. As with all others in this category, I don\'t begin to see anything suggesting these are due to the division of what was once one galaxy. Arp apparently didn\'t either as his comment reads: \"May not be physically connected.\" So why he put it here rather than in his double galaxy class I don\'t know. If his object had an NGC number he normally noted this yet for this pair that column in his atlas is blank. The pair was discovered on November 29, 1864 by Albert Marth.

The galaxy pair is located in Pisces. Of the two only NGC 7838 on the left has a redshift in NED. That puts it 510 million light-years away. Thus we can\'t begin to determine if the two are interacting. (Edit: Since this was written NED shows 7837 as being 470 million light-years distant by redshift. The difference may not indicate a real distance difference. It is quite likely these two are related but are they interacting?) While the field contains 7 NGC galaxies, including the two in Arp 246, only three have redshift values. The two show a much lower redshift. (Edit: A few more have distance or classification data at NED. The annotated image has been updated to show this new data.)

There are a lot of galaxies in the image, but only a few are listed at NED. All that are noted on the annotated image along with the three known redshift light travel distances in billions of light-years. There is one asteroid in the image, 2000 SC290 at an estimated magnitude of 19.5. Perspective has it traveling very slowly so the trail is short and bright compared to a typical 19.5 magnitude asteroid. The lack of a number usually indicates that it hasn\'t yet completed one full orbit. If this applies here this one must orbit out near Jupiter. It was only a bit under 14 degrees from Jupiter which is too close to be a Trojan asteroid of Jupiter. 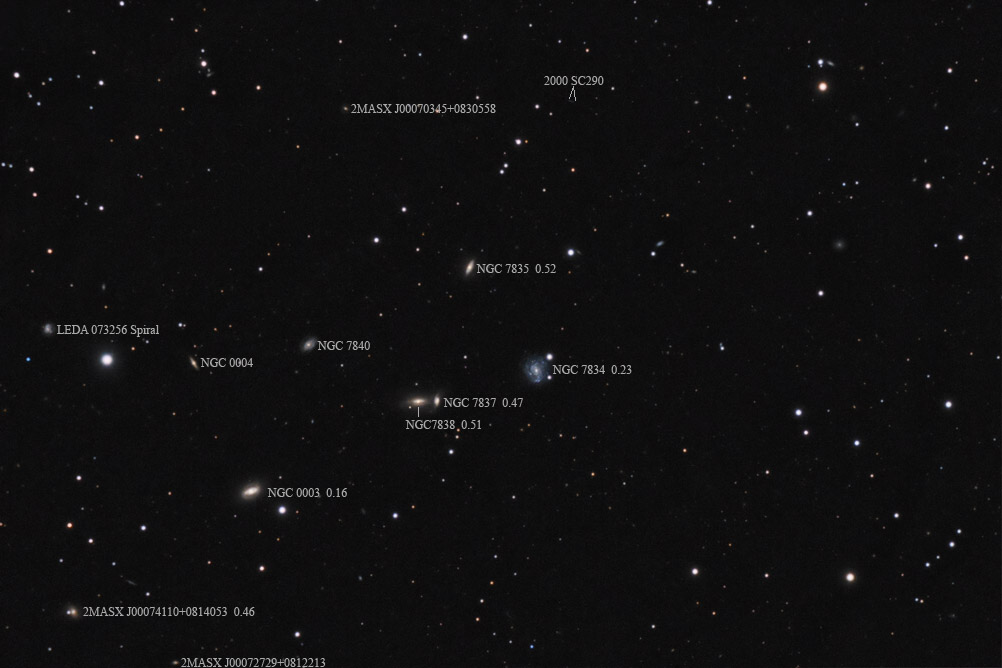 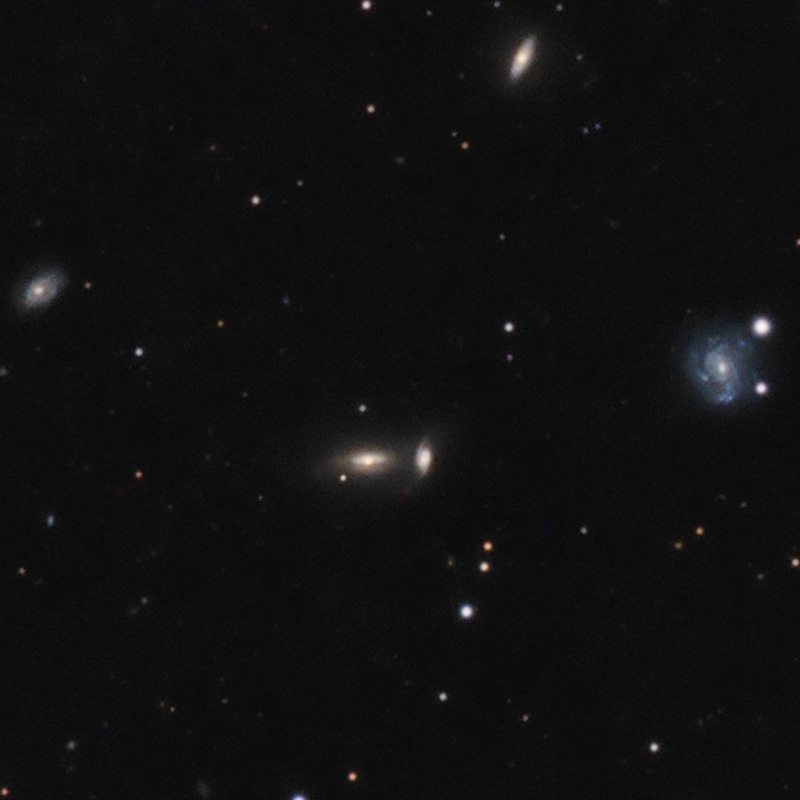 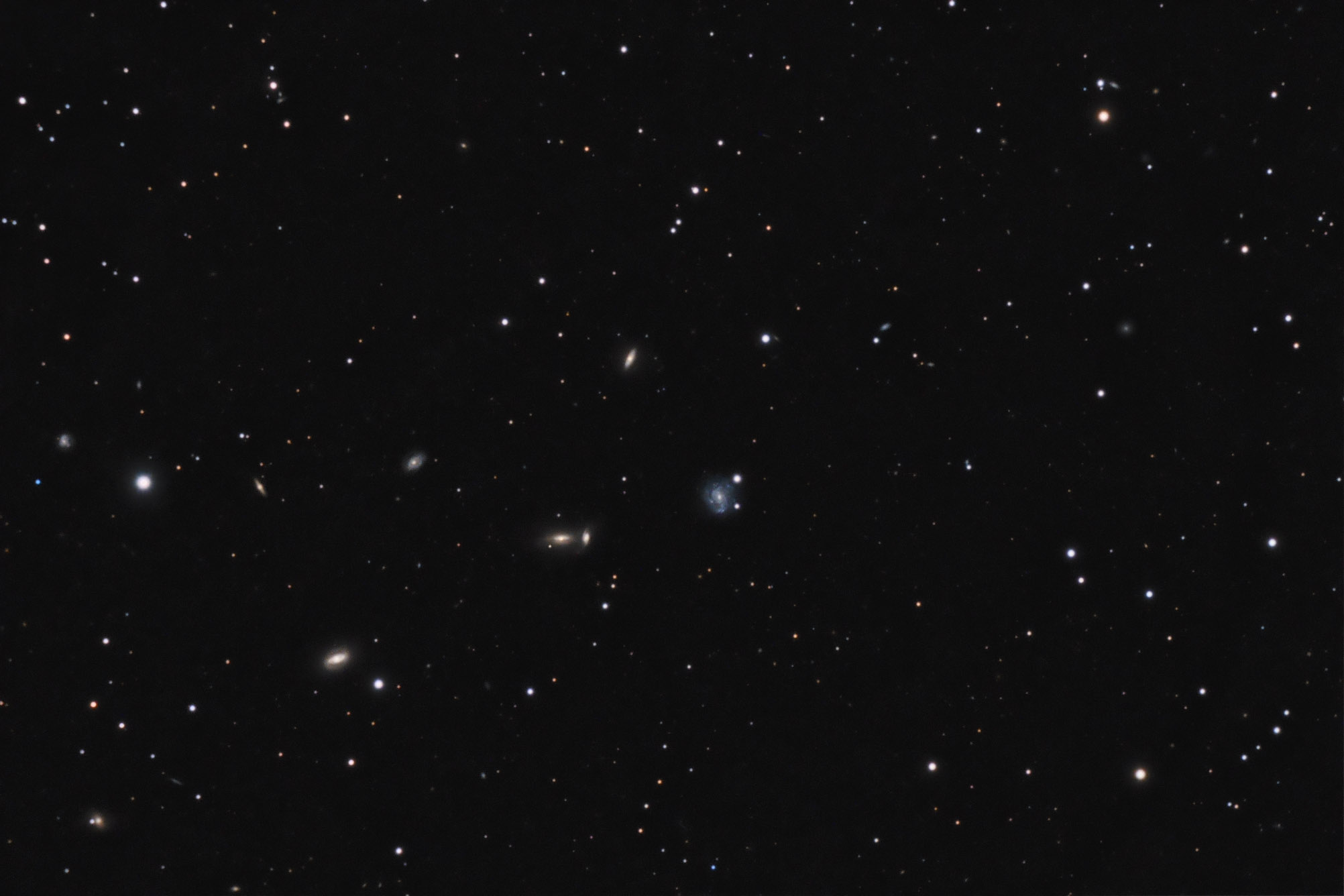