Arp 248 or Wild\'s Triplet, named for the British born Australian astronomer (John) Paul Wild, is a triplet of interacting galaxies whose redshift puts them about 250 million light-years from us and is in western Virgo. Most sources say they are connected by bridges of stars. I\'m not quite sure I agree. I really see little hint of a bridge between the left two Yes, there is a hint of a vertical bar of debris but it seems to just over-run the tidal arm of the northern galaxy without actually merging with it. The obvious tidal streamer from the middle one to the western one seems to overrun the western galaxy rather than connect to it. The tidal arm of the eastern galaxy seems to ignore its presence indicating none of its stars are involved. The streamers could lie in front of or behind the companions.

The main galaxy in the middle is MCG -01-30-033, it is also in the 2MASS IR source catalog indicating massive star formation is going on that is heating dust to create all this IR radiation. It is classed as SB(s)b: pec with HII regions. The western galaxy is MCG -01-30-032. It is classed SAB(rs)b? pec. and is also a 2MASS object and thus a strong IR emitting galaxy. Between these two and below the main tidal streamer is the near edge on spiral 2MASX J11463870-0351363. It too is a strong IR emitting galaxy. Is it involved? The one paper I found that mentions it says it is likely a distant galaxy. But gives no reason for thinking this. Though it does appear to be possibly a large galaxy which would require it to be more distant. Still, I\'ve seen cases where this logic leads to very wrong results. So I\'ll just say I don\'t know.

The northern member of the triplet is MCG -01-30-034, Yep, it too made the 2MASS catalog. It is classed as SB(s)c pec. It\'s redshift, if an accurate distance indicator, puts it about 10 million light-years more distant. More likely this is just a difference in their orbital motion from the near collision and their mutual gravity and not necessarily a true distance difference.

Arp put this in his Galaxies (not classifiable as S or E): Appearance of Fission category. Again I don\'t see what he sees as the \"appearance of fission\". Only thing I can see is that it may look like the center galaxy is pulling away from the western one stretching its arm in the process. He left no comment on this one.

The triplet gets its name from (John) Paul Wild, a British born, Australian astronomer who studied this group when at Cal Tech in 1953. I can\'t find if he used the 200\" scope but that would seem likely. Arp often drew upon recommendations from other astronomers (much like Messier) for additions to his catalog. He likely was well acquainted with Wild\'s work on this group.

Going north and a tad west from the western galaxy you come to a red star with a round galaxy right beside it making it look like a double star but the western one is fuzzy. This is MAPS-NGP O_614_1267245. I can\'t find anything useful on it. Continue north to a similar fuzzy star but without a real star beside it. This is 2dFGRS N174Z156 which is 1.2 billion light-years distant. Since this field is not part of the SDSS I\'m having to go to some rather obscure catalogs to find anything on many of the galaxies.

The northern part of my image is in the SDSS but it doesn\'t go far enough south to pick up Arp 248 so I have no SDSS image but I did turn up one taken at the University of Arizona\'s Mt. Lemon SkyCenter atop Mt. Lemon which has excellent seeing I lack here.
http://www.caelumobservatory.com/gallery/wilds.shtml 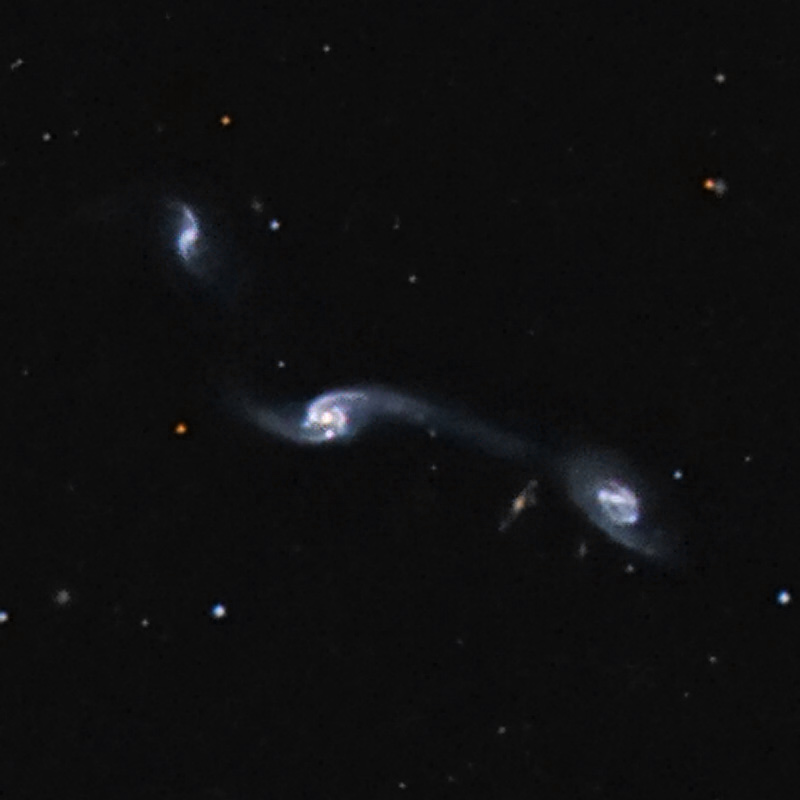 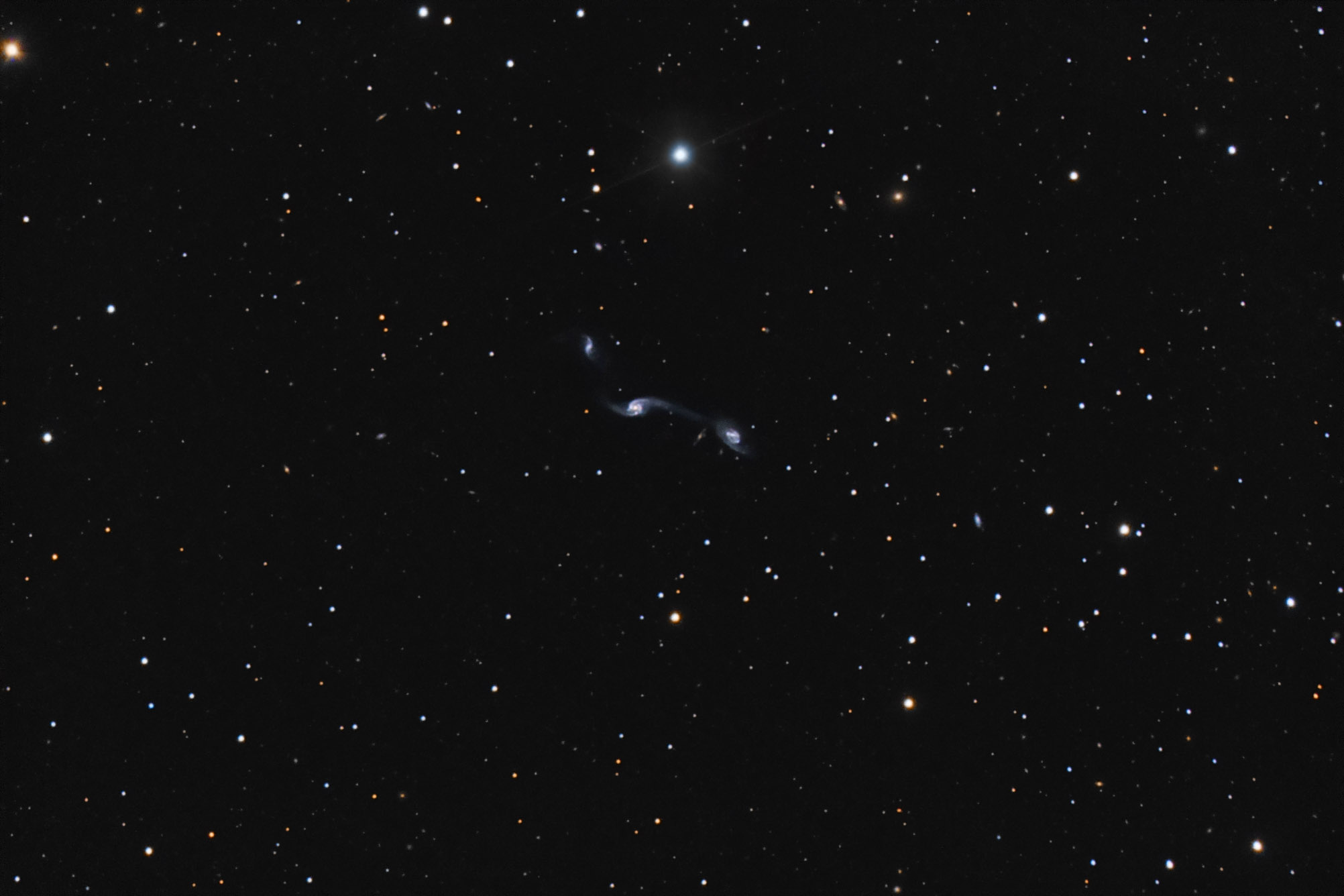