ARP 249 is a pair or trio of interacting galaxies known as UGC 12891. Arp put them under his Appearance of Fission category. I\'ve never figured out if he really thought they were splitting or just gave that appearance. He later decided quasars were ejected from galaxies but was more mainstream at the time he put the atlas together. His comment indicates he sees three galaxies here while some catalogs only see two and a plume or jet depending on who you read. It does have three listings in the PGC catalog 25, 200388 and the plume or galaxy being 1679585. Arp says: \"Straight connection from faint material on east to middle galaxy.\" Which he sees as the appearance of fission I don\'t know. One note at NED refers to this eastern plume as \"arrow-like projection.\" So what is the condensation in the plume? None of the catalogs at NED list it but I can see why Arp considered it a third galaxy. The Sloan survey, nor any other general survey covers this part of the sky so information is hard to find. NED lists the distance to the two main condensations as 511 and 512 million light years. While the pair appear to be elliptical galaxies NED doesn\'t even try to classify them.

Besides a dearth of information on Arp 249 that also applies to most of the field. Only one other galaxy in the image has any redshift data with the vast majority of the galaxies not even listed at NED. In fact, one of the few carries the note that it really is only a field star! The edge on spiral without much of a dust lane northwest of Arp 249 that\'s above a rather bright blue star is PGC 00004. Since that catalog starts at 0 hours right ascension this galaxy almost marks that point being only 3\" of time east of that line. NED classes it simply as Spiral (written out not S as you\'d expect. The red-shift puts it at 188 million light years.

A dozen or so other galaxies in the field are in the 2MASX catalog of IR galaxies but without even so much as a magnitude estimate. Apparently, no one looks very hard at this part of the sky. 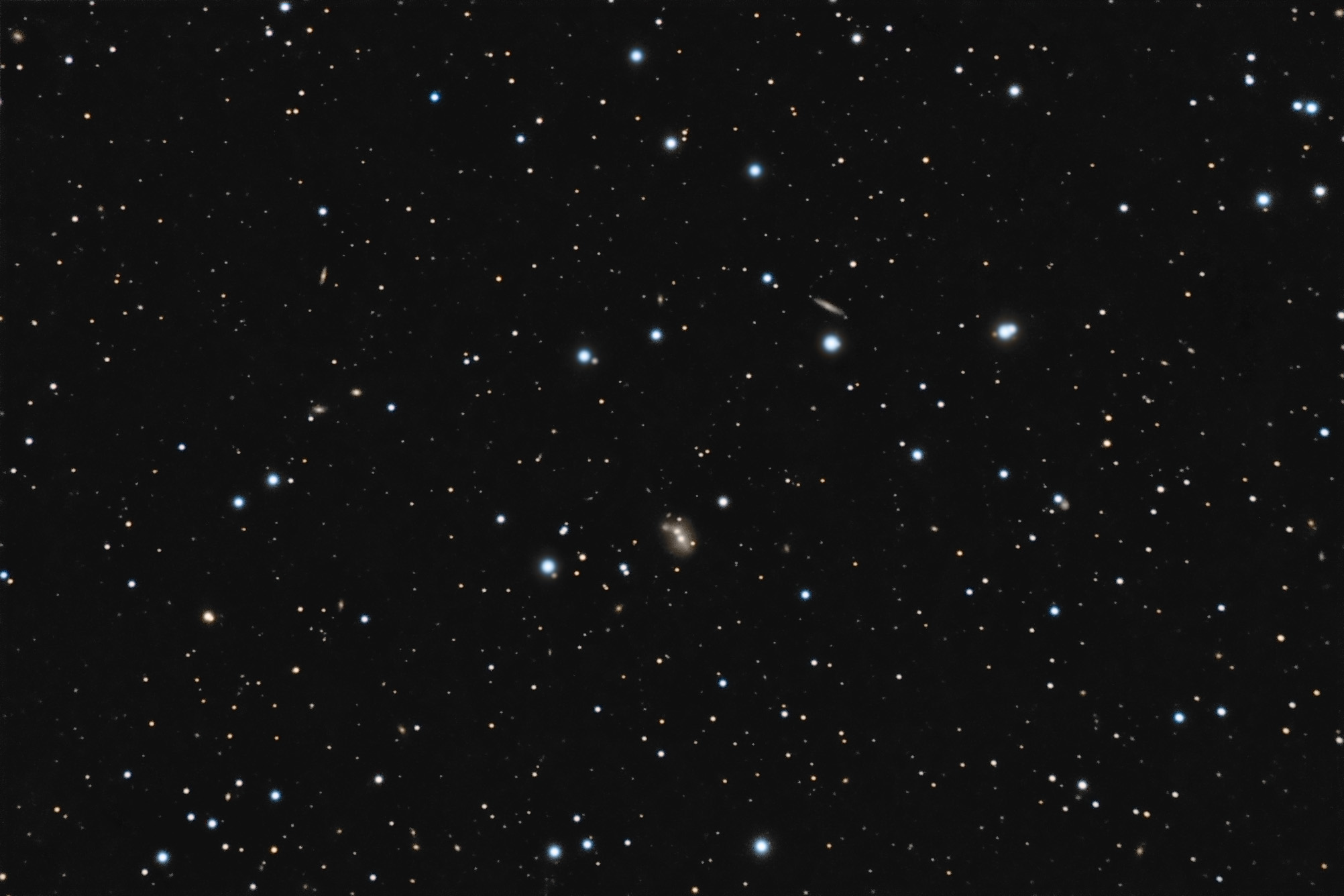 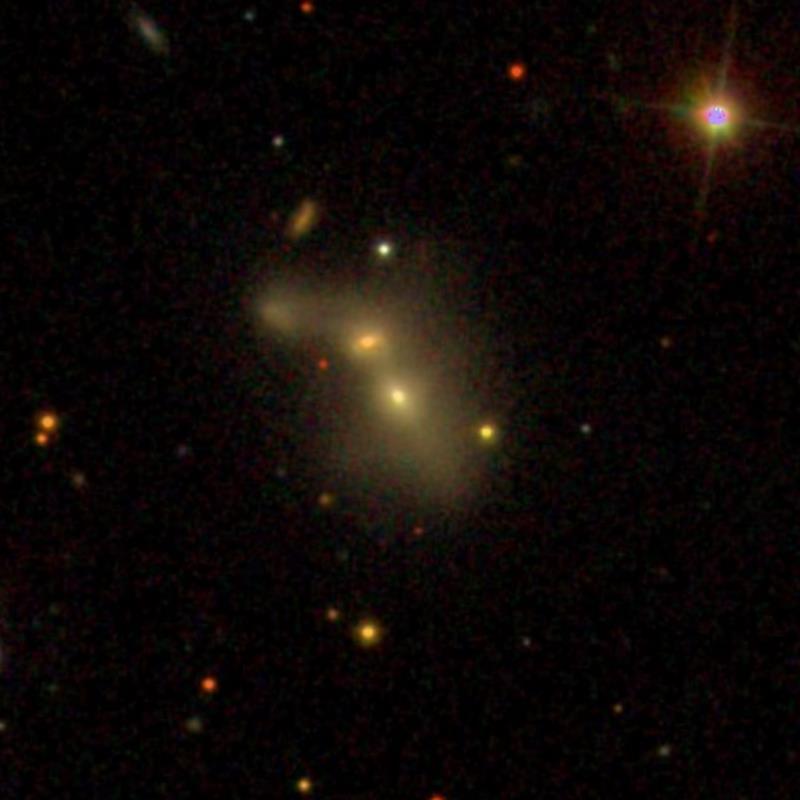