Arp 253 is a pair of probably interacting galaxies located near the western border of Sextans about 100 million light-years distant. At least that\'s the distance to the western galaxy which is also cataloged as UGCA 173. A secondary distance estimate puts it at 90 million light years. Since galaxies have motions besides that of the expansion of the universe the difference is really quite normal and expected. It is classed by NED as SB(s)dm? The eastern galaxy is UGCA 174. There are no distance estimates for it but likely it is truly interacting with UGCA 173 and thus at the same distance. It is classed as SB(s)m? Arp\'s only comment indicates there may be some stellar resolution or else HII regions. At that distance, the latter would most likely be what he was seeing. Arp classed it under Galaxies (not classifiable as S or E); appearance of fission. As with most galaxies in the classification, I don\'t seem to understand why he says that. Does he mean the two galaxies look like two rod-like bacterial splitting? They often move around like two train cars before splitting completely. Or is he referring to the various parts of UGCA 173?

The reddish round galaxy SW of Arp 253 is 2MASX J09430672-0518514. I have no information on it. Far more interesting is PGC027825, the \"large\" galaxy south of Arp 253. Its redshift puts it also at about 100 million light years indicating it is part of the same group. It is not mentioned by Arp but sure looks peculiar enough to have made his catalog. NED classes it as SB(s)d pec. It may also have interacted in the past with other galaxies in the group.

While there are a lot more galaxies in the image only those in the 2MASS survey are cataloged and I\'ve listed all with redshift data. SDSS hasn\'t covered this region nor has Arp 253 been imaged by the HST.

The last blue exposure was 10 seconds too long as the object reached the mount\'s meridian limit. So there was a short blue trail on each bright star. I didn\'t even notice it until I was about to post this and suddenly saw it on the bright star to the lower right. At first, I thought it another asteroid trail until I realized fainter stars had similar trails. I only cloned out the bright one so the fainter ones are still there if you look closely enough. 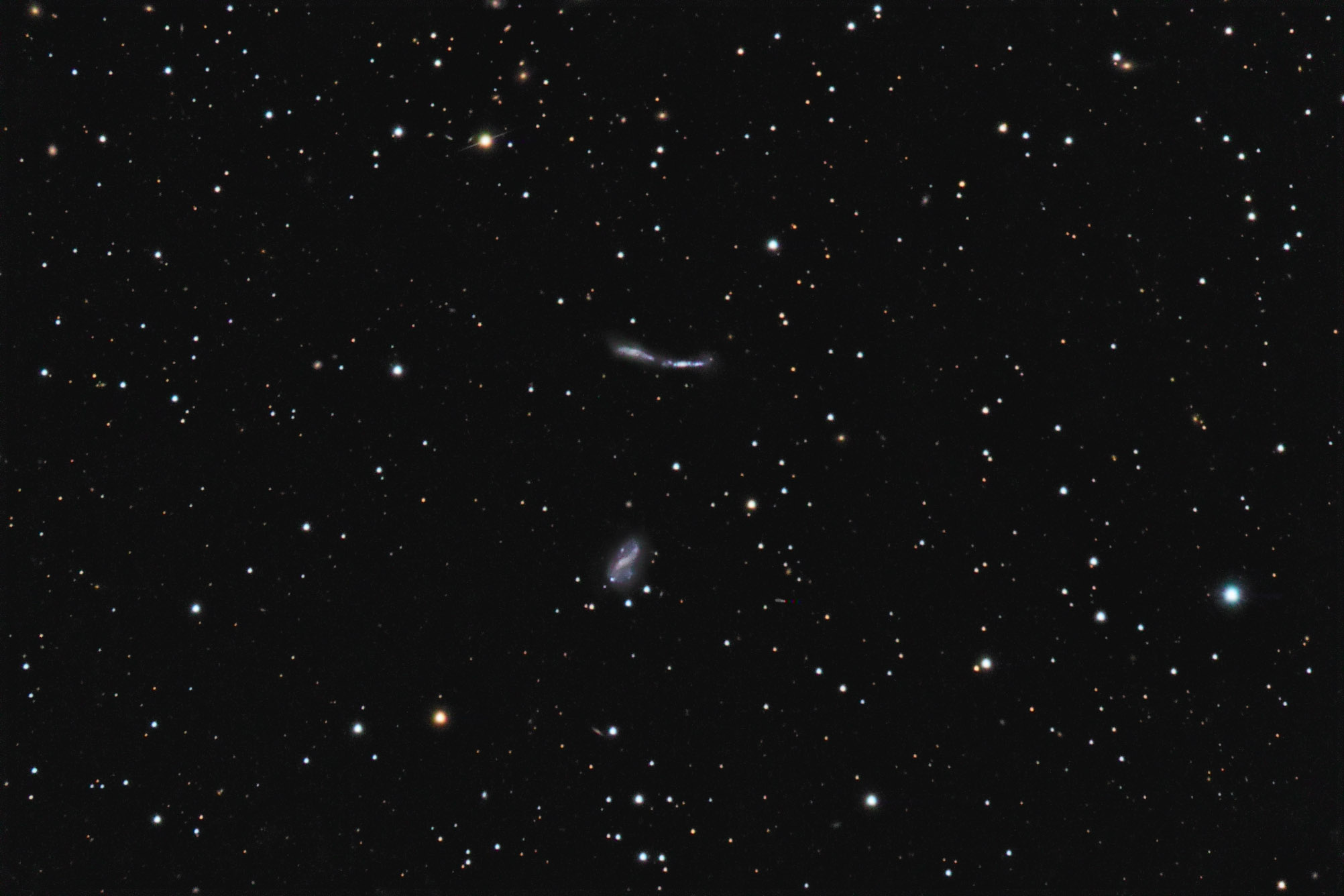