Arp 257 is a double galaxy in Hydra about 170 million light years distant. Arp classed it in his category, Galaxies (not classifiable as E or S): Irregular clumps. for once I can sort of agree on the not classifiable as E or S part. I\'m not sure what the clumps are he speaks of. Likely it is the two blue blobs leading from the lower galaxy to the upper. Arp\'s comment reads; \"Galaxies joined by segment of thin arc.\"

The blue color of both would indicate spiral or irregular and certainly indicates massive star formation is currently going on in both due to their tidal interaction. SIMBAD considers the larger of the two other galaxies to be \"Part of Galaxy\" and gives it the designation VV 041c. VV 041a and b are the two galaxies Arp considered as Arp 257. Is it part of the upper or lower galaxy? Looks rather like a separate galaxy to me. What about the fourth galaxy? Wish I knew. Neither NED nor SIMBAD mention it. The blue galaxy north of the Arp 257 group near a bright star is anonymous. To the west of Arp 257, nearly 9.5\' away, is 6dF J0851002-022201 and is only half the distance of Arp 257 at about 85 million light years. There are no other galaxies with a distance estimate that I could find. This region is rather obscured by our galaxy\'s dust. For that reason, it has been little studied. Sloan stays away from such regions so hasn\'t covered it nor is it likely to in a future survey.

I didn\'t check around my field of view. I wish I had as just out of the image at the top is UGC 04640 a much larger galaxy than those of Arp 257 but at the same distance. In fact, the redshift is virtually identical so it is likely related. I usually check for such things before taking the image but didn\'t this time -- the one time I should have. 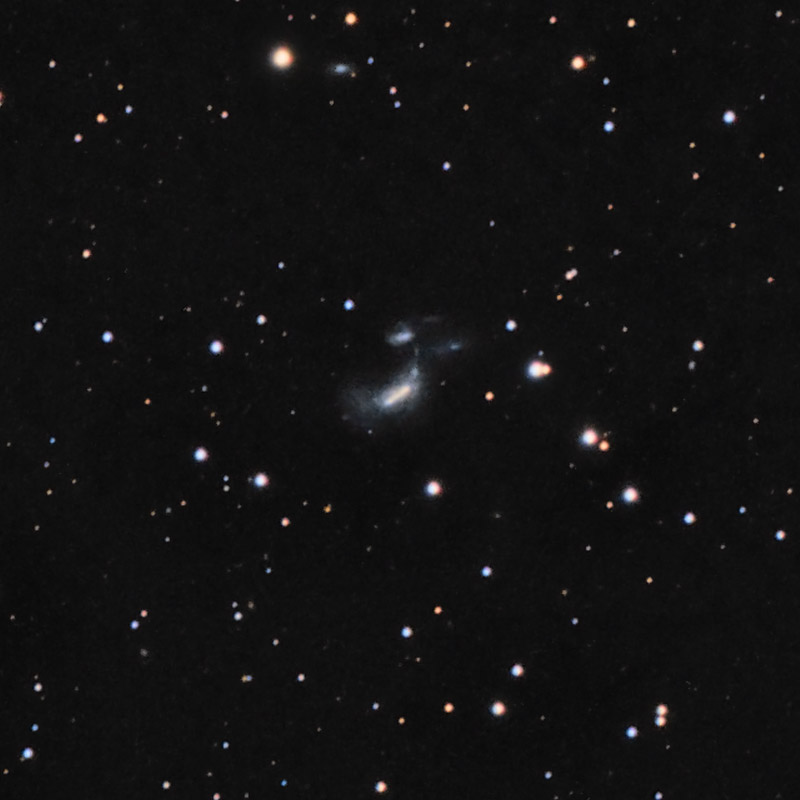 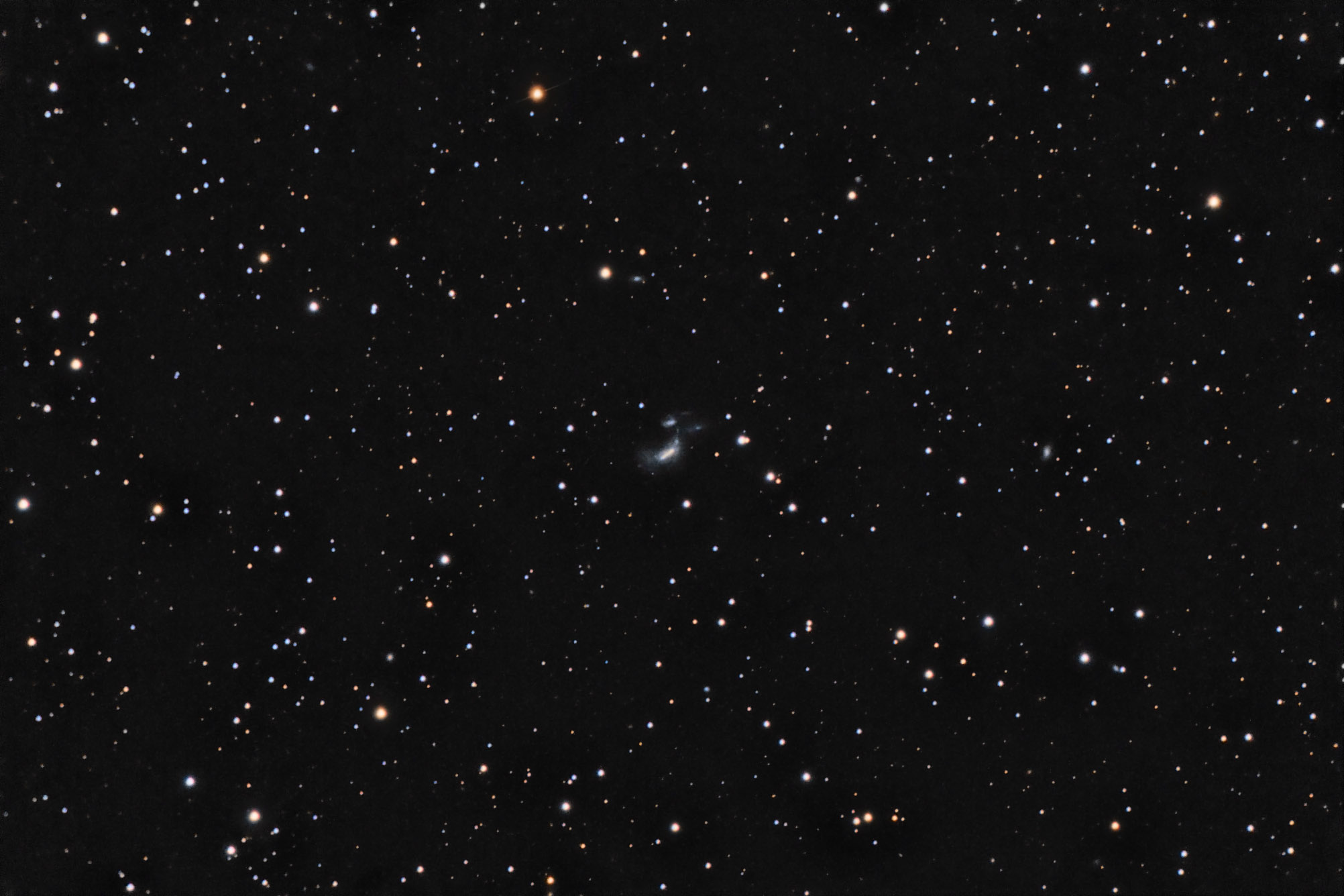