Arp 264/NGC 3104 is a rather chaotic, irregular, dwarf galaxy in Leo Minor It is classed as IAB(s)m. Redshift would indicate a distance of about 39 million light-years. Tully-Fisher measurements put it closer at about 31 million light-years. I\'m siding with the closer measurement based on how much detail I\'m able to resolve in this little guy. The blue regions are also HII regions but the red has been drowned out by the intense blue of stars forming in them. This is another I should collect H alpha data on but probably never will find the time to do so. The galaxy was discovered on March 18, 1787 by William Herschel. As with most Arp galaxies, he discovered it isn\'t in either of the Herschel 400 observing programs.

Arp classed it under Galaxies (not classifiable as S or E): Irregular clumps. His comment was: \"Faint diffuse outer material.\" That faint outer material doesn\'t appear so faint in my image when compared to his. Apparently, the spectral response of the film he used wasn\'t appropriate for picking out the outer regions of this galaxy.

while NED lists over 3000 galaxies in this field most are fainter than 22.5 magnitude which is my limit on this image taken under rather poor skies. I\'ve prepared an annotated image showing distance to the very few galaxies NED had any redshift data on. Not much of interest turned up. 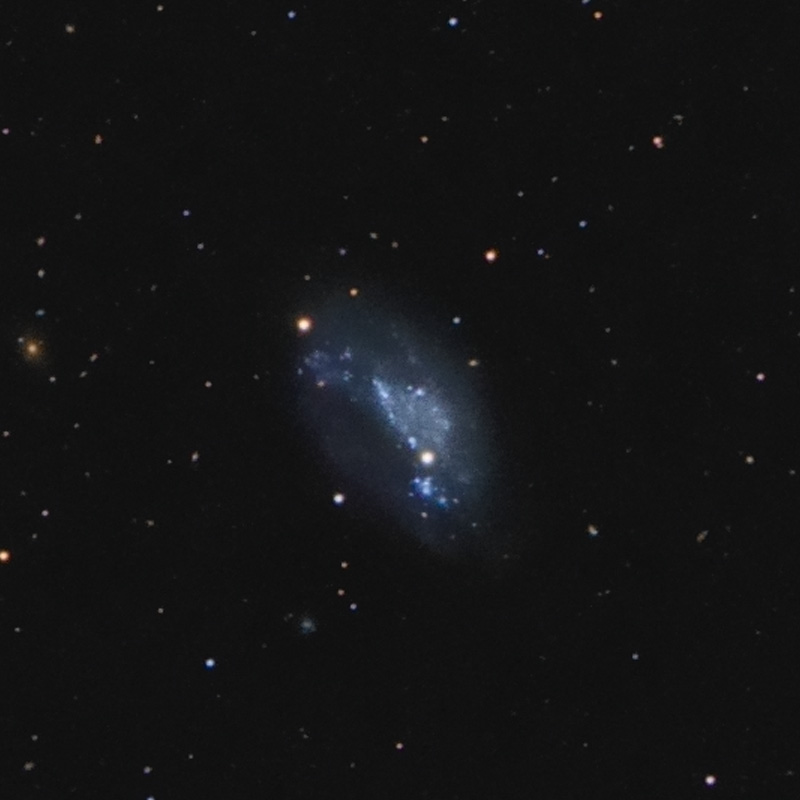 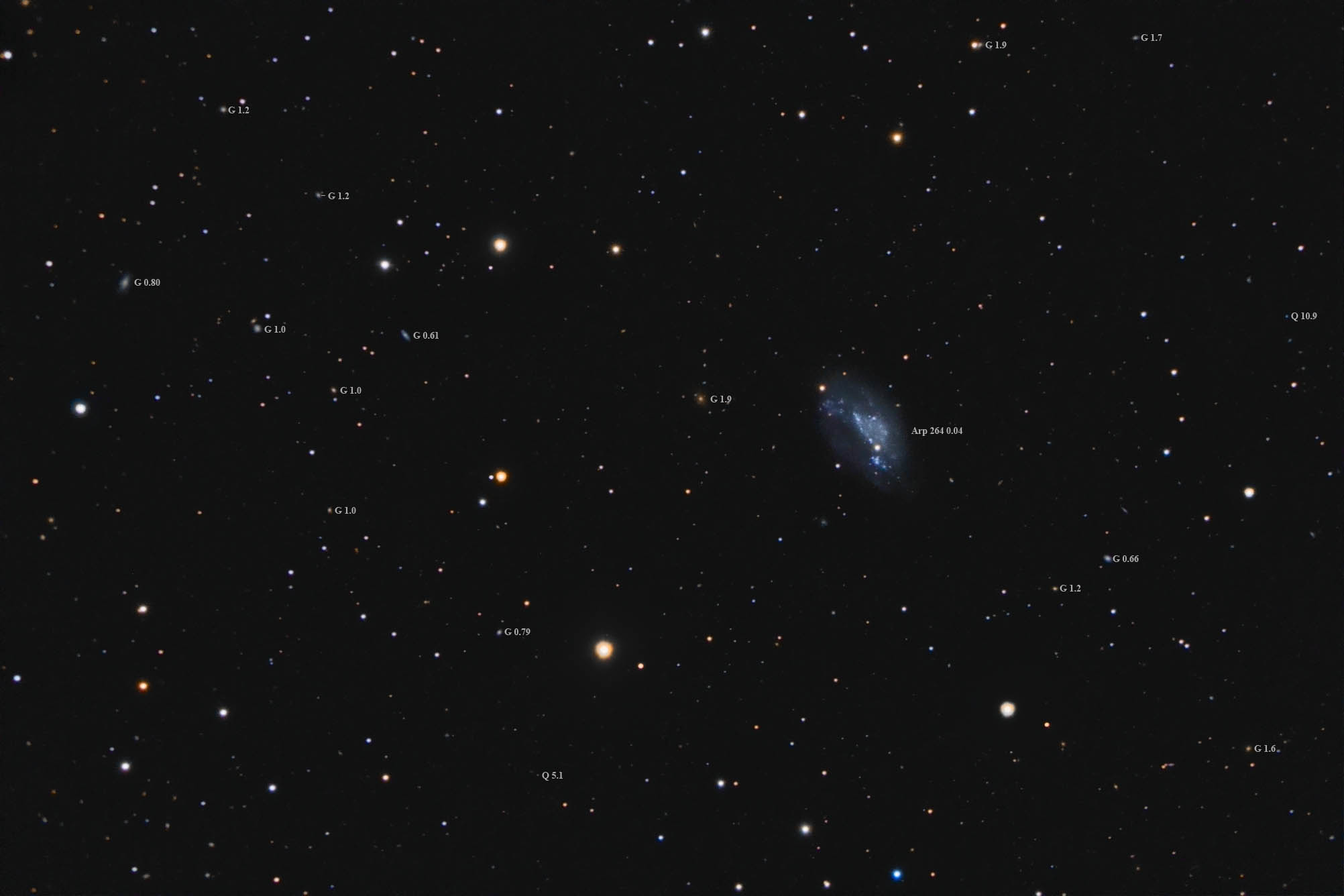 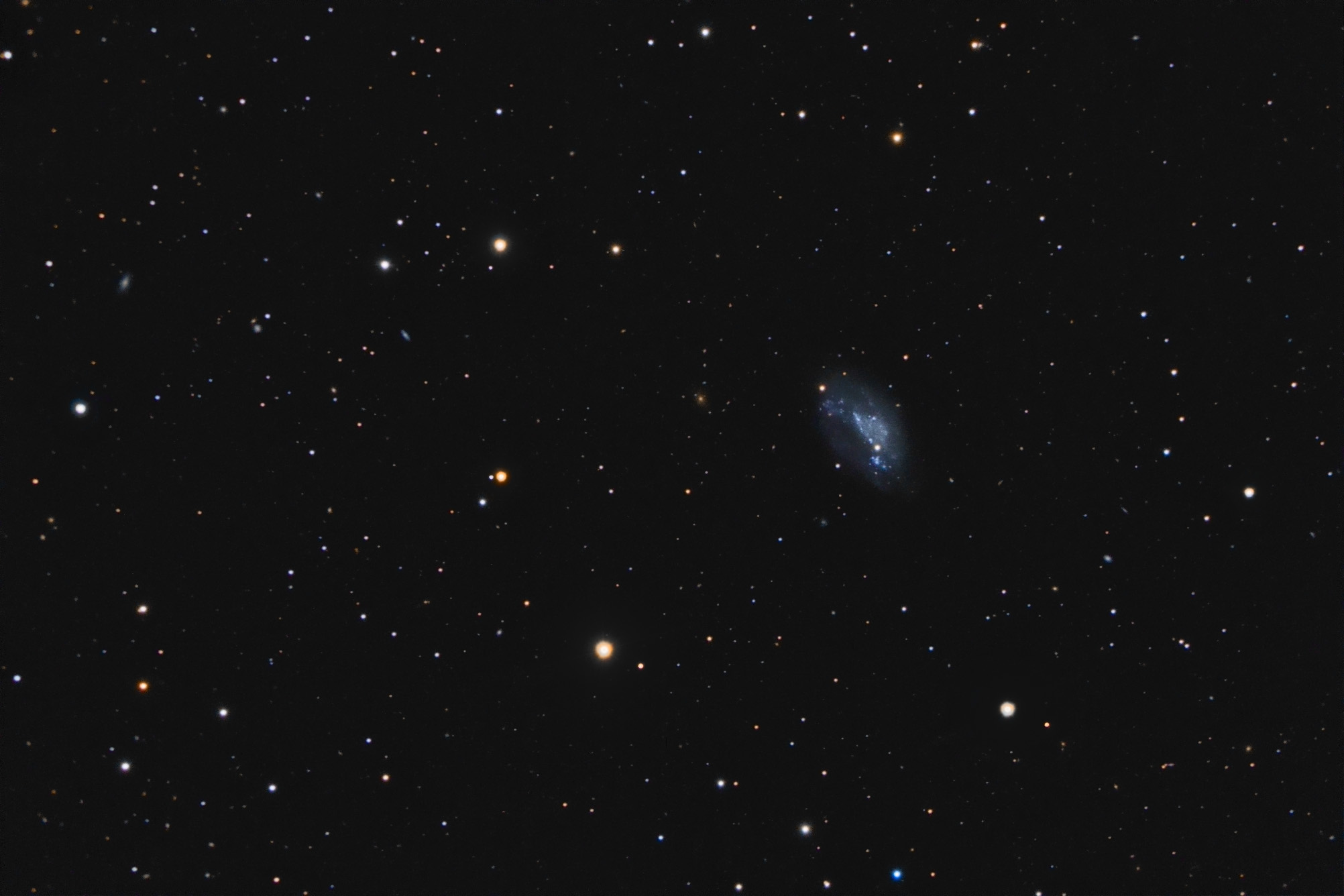